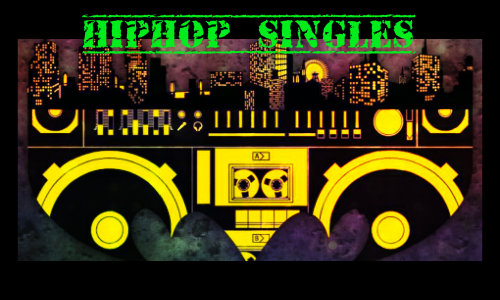 Ryan Klein aka “Point9” divides his time between PHX and LAX but his latest single is aimed at a bigger metropolis, i.e. Gotham City. Alright, so this song might not really be just about Batman. Point Nine addresses the daily grind aspiring artists face on the day to day in the big hustle we call The Music Industry. “Gotham City” features Masta Ace and is the first single from Point Nine’s forthcoming album, Return Of The Point. You can give the single a spin below…

A quick search of YabYum reveals that I seem to have a bit of a thing for the music of Woes. That probably has something to do with the artist’s sharp lyrical sense and rapid-fire delivery. The Chicago emcee has a lot of good things going which you can hear on his latest single, “Last Call”, from his slick rhyme style to the smart supporting production. Addressing the discrepancy that exists (for many of us) between our thoughts and our actions, “Last Call” seems more like a call to action than a last chance to snag a drink before the bar closes. Woes is an artist we should all be paying attention to. Check out “Last Call” below…

Phoenix’s Frescotoldya dropped his fresh new LP last month and this single comes to us from that release. The Great White Shark LP features a hefty 15 tracks. Definitely a worthwhile wait for fans who jumped on the Fresco bandwagon last summer when he dropped his Bait EP. “Throwed” features that silver tongued speed Fresco likes flash on those tricky turns of phrase and a steady beat that leaves the most of the flash and focus on the vocals. Give “Throwed” a spin below and then head to Bandcamp to preview/purchase Great White Shark from Frescotoldya.

Dzy Rae comes to us from Tacoma and you can hear some of that Pacific Northwest Chill on his latest single, “Distance”. This track has a slinky vibe that will make you want to turn down the lights, light up, and mellow out. For realz. Beatjoven and Dayglo helped on the production end of “Distance” which also feature some additional vocal layers, compliments of Leslie Alice. Dzy Rae is a pretty prolific emcee so I recommend checking out other tracks he has online if you’re down with “Distance”. Give the new single from Dzy Rae a listen below…

Okay, so this really is an album and not a single, but when the DC-based HipHop collective MILK$ dropped their latest cassette, SIDE A was released as an extended 13+ minute track. And, frankly, we thought MILK$ [pronounced “Milk Money”… not milks] warranted a feature even if they couldn’t confine their “single” to under five minutes. What’s more, each track on Side A seems to flow seamlessly together so it feels like one complete thought. A flow is a resounding theme in the music style of MILK$ which incorporates elements of vintage soul as well as modern chillwave into their soundscape. Check out Side A below or head here for your own cassette copy of the new release from MILK$.