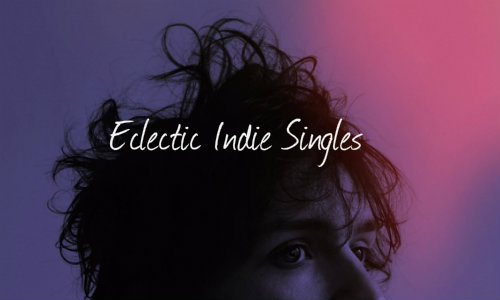 The experimental indie act known as Flower Festival released a two-track single earlier this August perfect for that final stretch of hazy heat only those of us in the Sonoran can really understand. Start by stretching out underneath your best ceiling fan on full blast and allow the dreamy waves of “proverbs” to initiate lift before “daddy” (the next track) sends you into dream state. The numeric repetitions in the second single on this release from Flower Festival brought to mind some Einstein on the Beach meditations. Give “proverbs” a spin below and don’t forget to stick around for “daddy”. And, since we’re on the topic, why don’t you score that digi-download from Flower Festival over on Bandcamp.

“Won’t Keep Me Up At Night”

Slip into the easygoing stream of summertime sounds that Sun Seeker offer on their new single, “Won’t Keep Me Up At Night”. The track comes to us from the Sun Seeker’s debut EP, Biddeford, which came out in July on Nashville’s Third Man Records. There’s an innocence that floats along with the upbeat indie-pop. The trio keeps its appropriately Nashville with folk rock underpinnings that shine through on this track. Let’s hope for a Phoenix stop on their next tour (hint, hint). Until then, enjoy “Won’t Keep Me Up At Night” from Sun Seeker below or score Biddeford in its entirety here.

There’s a retro-hue to Luke Rathborne’s brand of indie that calls to mind those balladeers of early rocknroll. “Don’t Call Me Baby” definitely has a contemporary indie pop vibe, but that old-fashioned undercurrent really gives the single a sense of staying power; of timelessness. Rathborne himself is a promising artist that has set his sights on music at an early age and has pursued that craft with an admirable fervor. That commitment comes through in his songwriting. Check out “Don’t Call Me Baby” by Luke Rathborne below or score your own copy of the single here.

Montreal’s Look Vibrant creates luscious soundscapes of experimental indie-pop that you can experience for yourself with their new single, “Numb Your Spirit”. There’s summer fair feel to this dynamic number and I don’t mean like Circus Circus… more like the Mary Poppins’ afternoon carnival that occurred somewhere in the undefined space between imagination and a chalk drawing. There’s a puerile joy in the energy of this five-piece act and it pours into their music. Listen to “Numb Your Spirit” below or get that digi-download for your personal playlists and support the band!

This SoCal quintet has been making music together since they were kids so, far as I’m concerned, that already makes them a musical success story. Their hazy new single, “Eclipse”, has a meandering feel that calls to mind beach boardwalks against an orange sunset. Bright, calming, and maybe just a little dingy as it tangles with the impending night. There’s a bit of alt-rock in this band’s dreamy indie sound that stems from more of a Tame Impala-New Wave Redux mode of “alternative rock” than any 90s equivalent of the term. The falsetto on vocals interweaves seamlessly with the underlying instrumentation too. The fluidity of Inner Wave’s sound probably has something to do with the 10+ years these kids have been jamming together. Give “Eclipse” a spin below or throw some support to the artists by purchasing their single here.