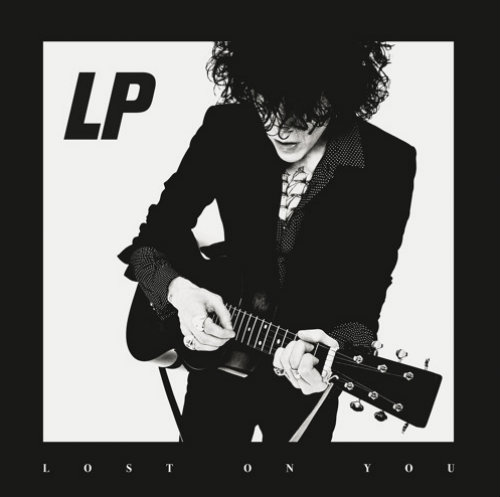 Lost on You dropped in May and I’ve probably memorized the lyrics on the LP from LP in their in entirety. In fact, this album is so good that even this review was only supposed to be 250 words – I COULD NOT BE CONTAINED.

LP’s unique sound comes from fusing elements of hardscrabble Americana with a modern pop sensibility, but it’s that voice that really will sell you on the brand before your mind has time to wrap itself around the subtle breaking of genre boundaries.

Frankly, her voice is flat-out fierce: pitch perfect and powerful. There’s something earthy and emotional in the timbre of her voice that tears you right down to the heartstrings. And, while she’s had quite the raging success in Europe since the May release of her new album, Lost on You, Americans have yet to catch on. Big fucking surprise. Listen, ‘Murika, I know you’re having a rough year, but get it together, already.

The album opens with “Muddy Waters” – setting a pensive tone. LP moves from pensive to playful on Lost on You, from joy to hurt; this album is an expansive expression of a really difficult year.

The title track reveals a bit of the backstory. Even though “Lost on You” comes in third in placement on the album, it serves as the crux for the album, or, at least, the impetus behind its creation. LP was coming out of one relationship and moving into a new one (ahem, with YabYum darling Lauren Ruth Ward). Lost on You provided her the space to transmogrify that trying emotional time into a collection of songs that will hit home with anyone whose been through the romantic ringer.

LP gained footing in the music industry by writing songs for other performers. Perhaps, you’ve heard this banger from Rihanna? Yep, that was LP. On Lost on You, you can hear some of those pop permutations a bit more clearly on tracks like “When We’re High” and “Up Against Me”

Ugh, this album is solid from start to finish. Every track is distinctive and maybe that’s why it’s so difficult to choose a favorite. I mean, that whistle on “Other People” before LP comes in with a falsetto hits me like a punch every time I hear it. But, truthfully, it’s probably “Tightrope” that holds my heart of hearts because it served as my very first introduction to the artist. And the song is also fucking amazing. In fact, I’m going to stick the video at the bottom of the article because it’s the internet and the single is just that good.

From the anthemic “Strange” to the somber closer, “Long Way to Go to Die”, Lost on You runs the gamut: despondent to inspired to resigned. This is one of those albums I expect to see on those Best Of lists come the end of the year… and not just in Europe!  You can score your own copy of Lost on You from LP here. Do it. Do it now.