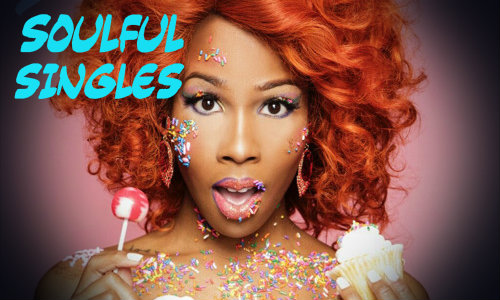 Atlanta sonbird Danii Roundtree is gearing up for the summertime release of her new album, Memoirs, with this fresh single, “Crave”. Roundtree’s voice has an ethereal lightness that will call to mind grrrl groups of the Motown heyday. And, while the music holds to that old school sensibility, Danii puts a modern spin on the music to fuse some contemporary pop into her soulful sound. Give the easygoing summertime sound of “Crave” a listen below or head here to add the single to your personal music collection.

J. Hutton creates his modern soul sound by infusing blues, contemporary R&B, and slick style. You can hear the interplay of all three elements on his latest single, “No Complaints”, which Hutton released in prelude to his forthcoming EP (due out later this summer). The track dropped last month and has enjoyed some early streaming success since its release. That probably won’t be surprising once you take “No Complaints” for a spin. This track has radio-jam written all over it. Give the track from J. Hutton a spin below and join us in the wait for his new EP, Velvetesque Sound. You can also head here to throw out some artist support with that digital download.

The Berklee-trained band known as Wake Child serves up soulful blues in a psychedelic haze on their new single, “Hangup Blues”. There’s a sweeping breath to this track and that might have something to do with the fact that Wake Child recorded the song in “the remains of an old Masonic Temple in Boston, MA.” Not only does the location scouted for this recording provide an incredibly rich aural environment that adds to the depth of the track, but I’d imagine it also served to imbue the sound with some of the spiritual and emotive power unleashed on “Hangup Blues”.  Wake Child is definitely a band to watch. Give the single a spin below or head here to score your own copy of “Hangup Blues” from Wake Child.

“Blades” starts off in an atmospheric realm but, as the sound mounts, the real radio potential of this comes through in that slick hook. The LDN/LA duo known as FARR take elements from R&B and electropop to craft out this dynamic single to follow their breakout hit “Down” which gained more than a quarter of a million Spotify plays during the first five weeks following its release. I wouldn’t be surprised if this is just the beginning for FARR. Check out “Blades” below or head here for that digi-download.

“Lose Yourself to the Groove”

The married duo from the ATL known as The APX just released this funky jam called “Lose Yourself to the Groove”. The APX pushes for a retro-revival with their 80s R&B style complete with Casio-style keys and plenty of synth. If you like your soul music with enough energy to show off those dance moves, The APX just might be for you. Get into the groove with The APX below or head here for your own digi-download of “Lose Yourself to the Groove”.