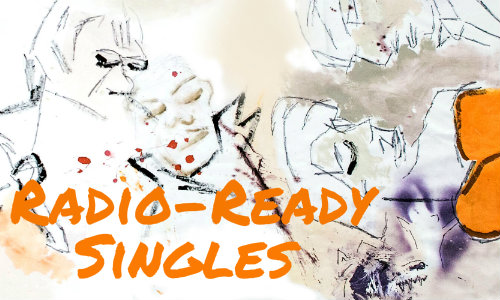 “Goes Around Comes Around”

This lofi indie act from across the pond has a touch of The Strokes on their rowdy new single, “Goes Around Comes Around”, and I love it. Indigo Husk comes to us from Londontown rather than NYC and maybe that’s what gives this single the Britpop club bounce that really makes it catchy. The instrumentation pushes towards chaos without ever collapsing into it which only adds to the overall energy. I would like to add that 75% of this four-piece is named Joe. Not that that has any bearing on the music, but you needed to know. Check out “Goes Around Comes Around” from Indigo Husk below and then get your own damn copy here.

Sam Frankl is a man of many talents. In addition to being a published poet and former editor of Le Cool London, Frankl now has his sights set music making. Working with producer Rob Brinkman to bring some gritty texturing to support Frankl’s lithe vocal stylings, “Gold Rush” has a cool vibe that’s perfect for summer heat as it dares to ask the question, “Are you goddamn crazy?” Check out “Gold Rush” from Sam Frankl below or head here to score your own copy of the track.

This sweeping indie-folk single from singer-songwriter De Joie could easily take over the airwaves with its uplifting sound. Although originally from Florida, De Joie has spent a considerable amount of time living and traveling in Western Europe which you might glean from the French moniker or the Norweigan city referenced in the title. De Joie is French of “Of Joy” and you can hear that joyous vivacity in “Oslo”, but the vocals maintain a calm and reassuring reserve. This single comes to us from De Joie’s new EP, August, which came out in late June (like two weeks ago). You can give “Oslo” a listen below, but I suggest heading here for the complete EP.

Maybe you remember Rotana’s aggressive single, “Daddy”, which we featured earlier this year? [see here] On this latest single, the Saudi Arabian singer you’ll still find the fusion of electro pop with Rotana’s own sultry style. “Over You” moves from sensual to sassy as Rotana laments the One that she just can’t seem to let go of. Now based in L.A., Rotana just might break big here in the States. Give “Over You” a listen below or head here to secure your own copy of the single.

This new single from Lucian combines chill and catchy for slick summer jam. Featuring the vocal stylings of Philosofie, “Do My Thing” stays tempered on the instrumental end despite the sass in the lyrics. I suggest jamming this single when you’re getting ready for a night out. It will give you add just the right amount of Fuck-Off to your attitude to enable a drama-free zone. Get your mellow on with Lucian’s “Do My Thing” and then head here to add the track to your personal collection.