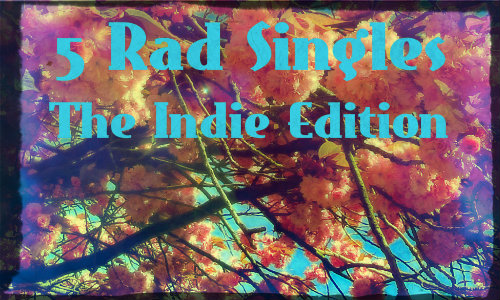 This promising new artist from Newcastle Upon Tyne uses a breathtaking falsetto and vivifying instrumental energy to bring life to his latest single, “Least He’s Happy”. Drawing from influences like Bon Iver and Fleet Foxes, Callum Pitt is definitely set to shape out his own niche in the indie-folk world but he’s building from a solid base. The single starts with a dreamy atmosphere of Americana, but the energy mounts to inspiring heights. There’s a sense of freedom that accompanies “Least He’s Happy” that will add a little pep to your morning playlist. Check out the new single from Callum Pitt below or head here for that digi-download.

The indie power trio from Portland (Oregon not Maine) known as Arkivist combines indie-folk vocal layers with indietronica for a sound that is very much NOW. Arkivist puts real emotive power into that sound for their new single, “Western Children”. The song was penned after one member of the band, Jonny (keys/vocals), came out publicly and didn’t quite gain the acceptance one might hope for in the GD 21st Century. His bandmate Ben (guitar/vocals) then wrote “Western Children” to show Arkivist’s united support. Sometimes our most difficult moments turn into our most beautiful creations and “Western Children” is full of beautiful moments beneath its poignant message. Check out the single below or score your own copy here.

This single comes to us from Stone Irr’s debut album, Sinner, which is due out on July 28th on Darling Records. Despite the sense of pervasive calm I experience when listening to “What I Do Best”, the single is actual the result of a paranoid freak-out session brought on by lover-separation-anxiety. Whatever Stone Irr was feeling when he crafted “What I Do Best”, the song floats along like a dream you don’t want to wake up from. Who knew such there was such lovely music coming out of Bloomington, IN? Give “What I Do Best” from Stone Irr a listen below and join us in the wait for the artist’s debut album next month! Or, of course, you can and should download the single here.

“Out Here in the Sunshine”

Mateo Katsu comes from the angsty side of the indie-folk pool. Gene pool or swimming pool, IDC. Choose your own metaphor today.  “Out Here in the Sunshine” is the opening track to Nine Weeks; Katsu’s follow-up to his 2016 project, Fourteen Weeks. Despite holding residence in L.A., Katsu puts a folk-punk spin on his songs that gives it a real ramshackle feel I absolutely love. You know why? It’s not all about rainbows and hugs, even in the sunshine. Mateo Katsu’s sharp songwriting style pulls your attention to that inner discord you’re feeling, but he does so in a fun folk style. Check out the single below or head here to listen to the complete 9 Weeks project.

Tempe rockers SURF put a alt-grunge spin on their indie folk style. Take a moment to mix all those aural ingredients around in your mind before you hit play below. And you should. There’s an earthy, honest sound that resonates through SURF’s latest single, “Dandi Lions”. Husky vocals reminscent of the 90s show the listener you can be emotionally revealing in your music and still be a tough guy. If you want to dive further into that SURF sound (see what I did there?), I suggest checking out more of the band’s singles through their Bandcamp page, but start with “Dandi Lions” below…