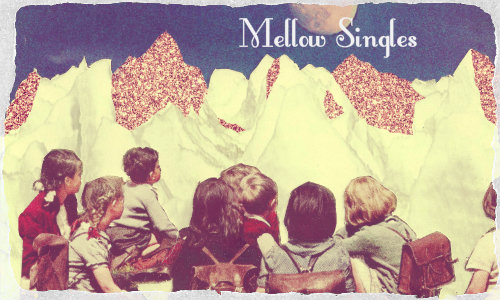 The dream-pop trio out of Nashville known as Bien released their s/t debut EP last September and they’re back with a fresh new single. “Spinning On Blue” is a calm but uplifting number that serves as a reminder that even though it seems like everyone is divided at this particularly contentious point in human history, we’re in this together. According to a statement from the band, “There’s so much going on in the world right now, and we really wanted to write something that encouraged people to remember we’re all sharing this planet.” Let Bien soothe some of your world-weariness with “Spinning On Blue” below or head here for your own copy of the single.

We featured Andrea Silva, the musician at the center of Loyal Lobos, through our publication before. The moniker might be different, but the earnest and emotive energy of her songwriting remains the same. “The Fall” blurs the barrier between indie-folk and -rock as she returns to earlier themes in her music which center on the subtle effects of misogyny on culture, both here in the U.S. where Silva currently resides, as well as her home of Bogotá, Colombia. There’s an aggressive edge to the songwriting style of Loyal Lobos that comes through on “The Fall” that finds its counterbalance in the revealing honesty of her voice. I suggest you check out “The Fall” from Loyal Lobos below…

Shawnee Kilgore (no relation to Kilgore Trout) and Joss Whedon (yes, that Joss Whedon) became songwriting partners after a happenstance crowdsourcing connection. That’s right, folks, crowdsourcing your next musical project might have the unintended boon of attracting the attention of some unexpected admirers. Shawnee’s 2014 Kickstarter campaign came across Joss’s desktop and the rest is soon to be history. The pair started shaping out songs together and the results of that collaboration can be heard on this new single, “Unforgiven”, as well as the EP from when it came, Back to Eden which the duo co-wrote. Kilgore’s voice is a strange melting pot of innocence and steeled strength which is well suited to the Western sensibility of the supporting folk rock sound. Check out “Unforgiven” from Shawnee Kilgore and Joss Whedon below and then head here for your very own copy of Back to Eden. Oh, and did I mention there is a music video for the title track to the EP? There is.

The Dublin folk-pop act known as Slow Skies combines an easygoing melody with honey sweet vocals on her new single, “Dancing”. Songwriter for Slow Skies, Karen Sheridan, explains the track was created with the intention of “nudging people to think about whatever it is that makes them feel good and just feel happy in that moment.” And that’s what you get with “Dancing” – a warm and bright feeling that floats over your body, filling your heavy limbs with newfound life. Take few minutes from your day to slip away with Slow Skies below or get the digi-download of “Dancing” for your personal playlists for a little more pep in your most dreary of days.

Casablanca Sunset is both a music blog and a label based right out of sunny Phoenix so if you’re not familiar with the enterprise in either form, now’s a good time to make your introduction. When Eric Vogt of Casablanca Sunset first heard the Australian producer known as KOWL, he knew right away that the artist has what it takes to break big. KOWL joined the label’s roster and it wasn’t long thereafter that Vogt came across the vocal talents of Anjulie and arranged a collaboration between the pair. “Just Words” is the result of that effort. After listening, even I have to admit that the richly layered aural soundscape has me betting on KOWL too. And Anjulie’s spirited vocals make “Just Words” my kind of heartbreaker. Take the single for a spin below or head here to score your own digital download of the track.