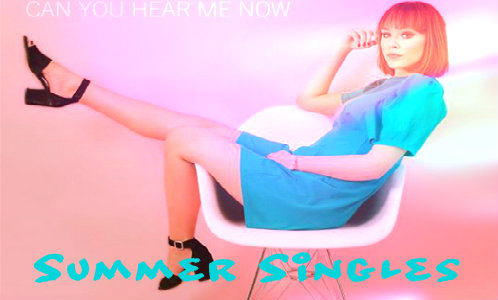 “Can You Hear Me Now”

This new single from PHX songwriter [Taylor] Upsahl is like that first cherry limeade of summer: refreshingly bubbly and bright as the noon sun. Once you are afloat on Upsahl’s buoyant pop sound, the weight of the lyrics can begin to take hold, but don’t worry, they won’t pull you under that energetic current. “Can You Hear Me Now” looks back at a troubled relationship after its dissolution. You might expect something dripping with melodrama given that Upsahl is still in her teen years (and a recent high school graduate), but her songwriting expresses a subtly well beyond her years. Check out “Can You Hear Me Now” from Upsahl below.

Dirty Sunset is gearing up to release their debut album in September with this fun summer single. “Take it Slow” presents some finely honed musicianship lying beneath that seemingly effortless sound. The Phoenix five-piece has a rich indie-folk sound (violin and horns included) that makes for a great festival fit. I can just see the flower headbands and crochet crop tops now. This single induces hip swaying and maybe even some hand waving. Give the track a listen below and then head here to secure that digi-download. You might always want to jump on the pre-order option available through the band’s website before that 9/9 release date.

Brooklyn-based songwriter Katherine Eisenberg sounds like someone I would want to hang out in a mall with. Well, maybe a mall back in 1995 when they were still cool… you know, before they became the scourge of Late Capitalism that many Millennials see them as today. This lighthearted ditty emerged from that collegiate coffee shop crush I think we all had at one time or another. Katherine Eisenberg captures both the vibrance and innocence of those early love feels on “Real Nice Guy”. This single comes to us from Eisenberg’s 2017 EP, Nice, which dropped a few months back. Check out the single below or heard here for the complete EP.

I love those lazy summer days spent hiding from that blistering Arizona sun. Sometimes, there’s a nothing better than a little forced R’n’R passed in a dark, air-conditioned bedroom with your a mellow playlist. I definitely suggest making “Goddamnit” by Joy Downer an addition to that summer playlist. There’s a chill vibe the pervades the whole track that’s just cool. The song address that desperate longing that arises in separated lovers with that super hip and easygoing indie sound that first secured our band love for Joy Downer. Check out “Goddamnit” from Joy Downer below or you can see the slick music video for the single directed by Ryan Lacen and Anthony Baldino here.

“Many Years of  You”

A little slouchy psychedelia goes with summer like snow cones and skateboards. Thankfully, Philly’s Them Jones is here to provide for your seasonal needs with their new single, “Many Years of You”. Combining modern indie with some of the trippier elements of late 60s rocknroll, Them Jones crafts a dynamic number that shifts in soundscape as you move through it on “Many Years of You.” This track comes to us from the band’s June 1st release, Grow, which is available here for your listening (and purchasing) pleasure. But, first, check out “Many Years of You” by Them Jones below…