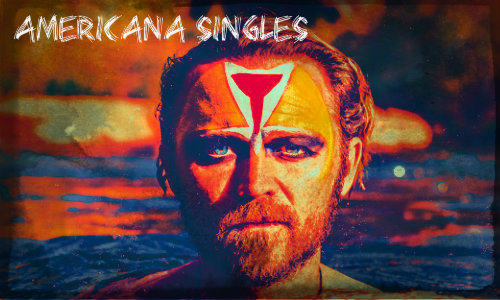 Oh, Brandon Decker… or, as we like to call them at YabYum, Deckie Do. And what a do-er he is. As the head honcho of the NorAZ musical enclave, decker., Brandon has been busy these past few years. In addition to taking the decker. crew on tour to far corners of the U.S., Decker released Snake River Blues (the album) while working on Snake River Blues (the documentary) in 2016. This year, he shows no signs of slowing down. With a new album in the works, Decker’s also taking on a new cause: fighting the feeling of futility that seems to have overpowered the citizens of our nation. His new single, “Matchstick Men”, just might be what is need to light a fire under the asses of voter constituencies everywhere. At least, that’s what we’re hoping for. Give “Matchstick Men” by decker. a listen below and join us in the wait for the release of the complete album on 8/25. You can also head here to get that pre-order of Into the Red locked in before the official release.

Hannah Hickok and Maggie Kraus have been playing music together since ’09 which might have something to do with the complete fluidity in their new single, “Sarasota”. In less than three minutes, Hannah & Maggie completely suckered me in with their blithe and dreamy indie-folk sound. The vocal harmonies alone will quickly enamor you with “Sarasota” as well. This single comes to us from the duo’s latest album, Oh No, which came out in May of this year. Give the new song from Hannah & Maggie a listen below…

“I Wanna Ramble I Wanna Whine”

Calum Bowling emerges from the bluesier end of Americana with his brash new single, “I Wanna Ramble I Wanna Whine”. The guitar work and gritty vocal style almost have a Detroit slant, which might come as a bit of a surprise for those of you who already know that Calum comes to us from Huddersfield [UK], not The Motor City. “I Wanna Ramble I Wanna Whine” is the title track from Bowling’s latest release which dropped earlier this month. Check out the new single from Calum Bowling below or head here to score the complete album, I Wanna Rumble I Wanna Whine.

Get ready for some foot-stomping, hand-clapping good times with Bigfoot Yancey and their new single, “Downtown Girl”. The alt-folk act starts the track by asking, what do you do when that woman at the bar doesn’t “want some of this”? You move on because, as Bigfoot Yancey says, “your soul lives on.” And so sets the laidback, porch-pickin’ feel of this quartet from Indiana… banjo and mandolin included, obviously.  This single comes to us from the band’s latest LP, Hills, which came out earlier this year. If you dig “Downtown Girl” below, then you should definitely check out the complete album from Bigfoot Yancey (available here).