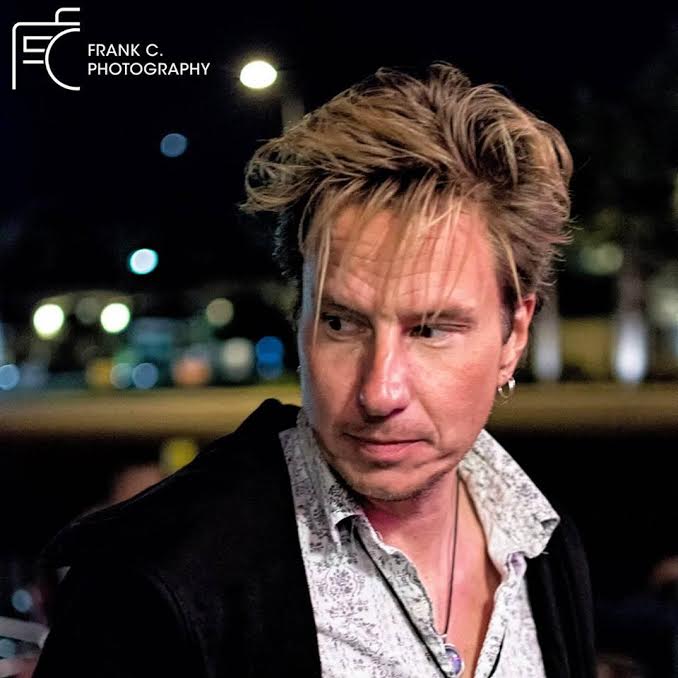 What can you say about Mitchell Hillman: the man, the myth, the music-loving writer? In addition to writing for local music publications (like Java) or his own blog (Sounds Around Town), Mitchell has signed on to be part of the ragtag team behind YabYum Music + Arts and we couldn’t be more excited to have him with us. Check out Mitchell’s Tastemaker’s Ten below for some really stellar tracks.

Note from Mitchell: I wanted to pick ten of my “Go to” songs, songs that aren’t by my top ten favorite bands or of the five rock eternals, but tunes that I need to hear, maybe once a week or month at least. Each one for a different mood I suppose, different energy levels, madness, bliss, what have you…anyway, these are my picks.

(1) The Feelies
“The Boy With Perpetual Nervousness”

There was a time where the first album by The Feelies couldn’t be found and my friend ended up scoring a copy on white vinyl from Germany. We listened to it relentlessly. All of Crazy Rhythms is amazing, but the uptight and out of sight opening track was the first thing I ever heard by this vastly underrated bands. There is so much going on here in a way that perfectly scores the quirky vocals singing lyrics of dissociative suburban coping mechanisms. I recently unearthed a novel I had forgotten I wrote borrowing this as the title.

(2) The Stone Roses
“She Bangs The Drums”

Everyone seems to forget that the 1980s were low key depressing, whether it was the politics or the music or even the film–looking back it seems great, but at the time no one felt anyone was doing their best. Then this song was released as a single and it was like we went from black and white to color and we realized it was okay to be crazy and have fun again. It wasn’t their first single, but with this one The Stone Roses were the harbingers to the end of a really uptight decade.

Following the wake of Madchester and The Stone Roses, it was RIDE and the Shoegaze scene that cemented the death of the decade that had educated them. RIDE took the buzzsaw guitar maelstrom’s from the likes of My Bloody Valentine, The Jesus and Mary Chain and Spacemen 3 and applied them to beautiful summery melodies and pop tunes that were not attempting to hide their cloying hooks in only walls of feedback.

Spoon may be my favorite consistently great American band of the last twenty years. A lot of the other contenders for that have headed south musically or no longer exist. That said, Gimme Fiction and Ga Ga Ga Ga Ga are practically sacred records to me. I’ve always cheered for the underdog in life and I’ve always tried to help out the underdogs over the years. This song is their victory anthem. There’s something special about that lyric “You got no fear of the underdog, that’s why you will not survive.” If that doesn’t make you want to say “YEAH” and pump your fist in the air, I’m sure what will.

Although critically ignored or all out maligned I simply love Pete Yorn & Scarlett Johansson’s Break Up album. If it had been released when it was recorded, it would have been the soundtrack for my divorce. Still it had the charm of the Gainsbourg-Bardot/Birkin records with this completely out of step pop aesthetic that still drives me wild. “Relator” is a go to track when I need to recalibrate and I’m not even sure why, but I feel like one of the only people that even like this song, much less the entire album. Of course, once I play this opening track, I usually end up playing the whole thing.

Pere Ubu is like the ephemeral connective tissue between The Stooges and Pixies. The Avant Garage scene of 1970s Cleveland is one of the most criminally overlooked influences in punk, post-punk and art rock and much of it was centered around the creative nexus involved with Pere Ubu. “Non-Alignment Pact” was the first thing I heard by them that had me pogoing in my bedroom in the middle of the night. If nothing else they’ve kept it weird their entire career and still keep going.

The rise of Indie Rock happened in tandem with the Sub-Pop Grunge scene, and while we were getting 45 singles delivered to our door by Nirvana and Soundgarden, we were also hunting down the early records by Pavement and Sebadoh. When “Summer Babe” came out on 45 in 1991, it was a preview of the approaching full length Slanted and Enchanted, which is one of the greatest albums of all time. This song kicks the album off, but it’s also the synthesis of that moment in time where Pavement were the kings of the new lo-fi aesthetic.

This is my fucking reset button. When I have a day that is so fucked up that I ponder a life of crime, I put Raw Power on and slam dance with my own confusion until I’m a sweating mess and out of breath. No matter what time of day or night, where I’ve lived or any age I’ve been “Search & Destroy” makes everything alright (as in Lou Reed’s sense of alright, not all right). Nothing can survive the cleansing power of this song nor deny the possession it wields on your soul for the entire duration. It’s brain cleaner.

I hated The Smiths the first time I heard them. About a year later I had made Morrissey my God and would obsess over every lyric, every song, every album, every b-side. It was “How Soon Is Now” that finally broke me, though I’m pretty confident adolescent romantic angst was breaking me as well and those two just go together. When I listen to this thirty years later it’s for the endless layers of Johnny Marr’s guitar and half the time I don’t even hear the lyrics. The lyrics may bring you in as a youth, but the song will keep you for the sheer brilliance in its architecture.

I heard this song for the first time on SNL in 2008. I was completely blown away by the neurotic pop fused with angular guitars and a hint of Paul Simon. They evoked the New England nerd vibe of Talking Heads crossed with early Weezer and I was hooked. Plus, who the fuck had the nerve to wear polos and khakis while trying to rock out back then? I was leaving for San Diego the next day and bought the album on the way, I’ve been a fan ever since and caught them on every tour. Still, when I hear this song in a restaurant or at the grocer, there’s a good chance I’ll have to dance.