Born on March 3rd of this year, Gods & Clods, the fantastic third release and sophomoric full length effort from Strange Lot is an experimental, psychedelic trip to the beach and is the perfect album for some summertime sun.

Building off their previous efforts Walk the Sun EP and Another Mind, Gods & Clods treads into even more other-worldly soundscapes in the space of ten tracks.

The brainchild of Dominic Mena (vocals/guitar/vocals/bass/synth/drums), he quickly added Tim Lormor (dums/guitar) and David Dennis (bass) to round out the line-up and help form the Strange Lot sound. Two releases and as many years later arrives Gods & Clods; a wonderment to surf lovers everywhere.

The thing I like most about Strange Lot and Dominic’s songwriting are the cryptic lyrics – not only in the way their sung – but because even with the lyrics in front of you, it’s not exactly clear what’s going on here and I think that’s a good thing.

All this comes to a point on “This Is The Light”. With lyrics like, “this is the kind that swarms your whole body as you wake/they’re knocking if you’re late/it’s not an issue, when you’re swirling/got to be nice/but I can’t hear you learning names” you might be wondering what the F is going on. The music is disjunctive as well, traversing through noisy post punk to mellow surf, and had my roommate walking up saying what he heard was “deeply disturbing.”

The last half of the album is just as surf pop and just as cryptic with “Oxygn”, “Have It Your Way” and “Crimes All Day” standing out as highlights for me.

Closer “DFunkt” sends the album off in good fashion, the head-bobbing rhythm matched in fine style by the crooning vocals and phaser guitar. Produced and engineered by the band with mixing by Mr. Mena himself, these boys not only play the songs well, they can record ’em well too!

Check out Gods & Clods by Strange Lot below.

For more Strange Lot, visit their Facebook page and make sure to catch them live on Friday June 30 when they open for Radio Moscow at The Rebel Lounge! 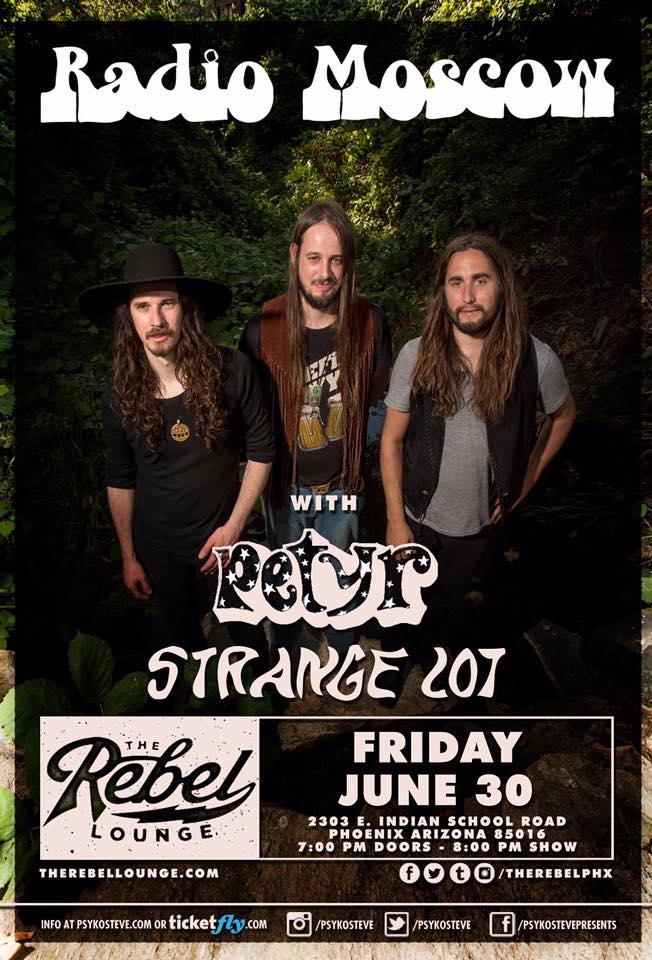