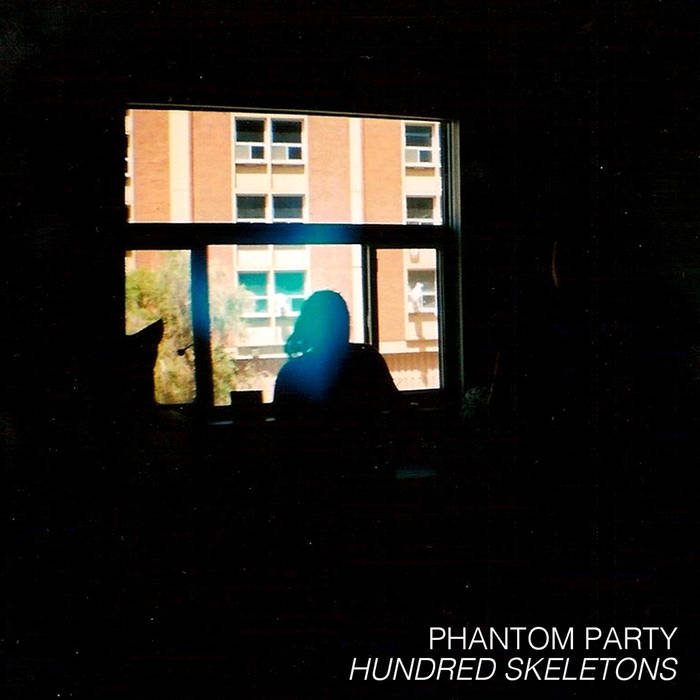 Now I’m not gonna’ beat around the bush here: we at YabYum love Phantom Party.

We named them our Best New Band of 2016 and with good reason: their on-point performance skills and totally unassuming air back up their qualified knack for crafting crisp, summery pop songs.

Hundred Skeletons is the culmination of two years worth of writing, the complete emotional breakdown and restructuring of lead vocalist/guitarist Joshua Capati, and five straight days of recording in early January 2017.

For you see, the music of Phantom Party may seem bright and uplifting — bassist and back-up vocalist Matthew Slusser and drummer Austin Cooper bringing the vision to full effect — but it’s Capati’s lyrics that remind us all that seasonal depression is, in fact, very real and it’s all about how you deal with your personal shit going forward. How to handle your scandal. And sometimes you fail, but it’s about getting up at least one more time than you fall, right?

After the fun instrumental opening of “Sedna”, “Catholic School” goes right for the gusto; high-tempo toms and losing your religion. Personal fav “Elvis” follows suit with one of the best depressing lyrics of all time: “Well I’m down to my last cigarette/Why couldn’t God make me look like Elvis?” And trust me, the entire song is that good.

By the time “Derby Daze” comes on I feel like I’m listening to a Phantom Party’s Greatest Hits record. At 13 tracks, there’s no room for filler here! And, I guess that’s kind of the point. As Joshua states on their Bandcamp page, “Essentially, this was going to be my last thing. I was going to release it, do rock and roll, then die… what would I say if this is the last thing I release?” Better make it good, I guess.

With songs like the Weezer-inspired “Tunnel of Love”, live favorite “Charlie”, and the bitchin’ title track on the last half of the album, Hundred Skeletons simply gets better as it plays along. Recorded by Phantom Party and mixed and mastered by Joshua Capati and Bryce Copple at Joshua’s house in Tempe, I sense the decade(s) long, over-all pattern of young people writing, recording, and releasing their own material isn’t going to go away anytime soon…

Epically closing with “Twenty” and the lines “I’ll get closure when my heart stops beating/I’ll live as if my life has meaning/I’ll drop dead before my demons kill me/I wasn’t planning on being twenty” and “ooo-ooo-ooo”ing with all your hearts content sure is one of my favorite ways to fight back the demons of depression. It seems like the members of Phantom Party think so too.

For more Phantom Party, check out their website. With a gang of shows coming up for the band, make sure to catch them at your favorite venue soon! 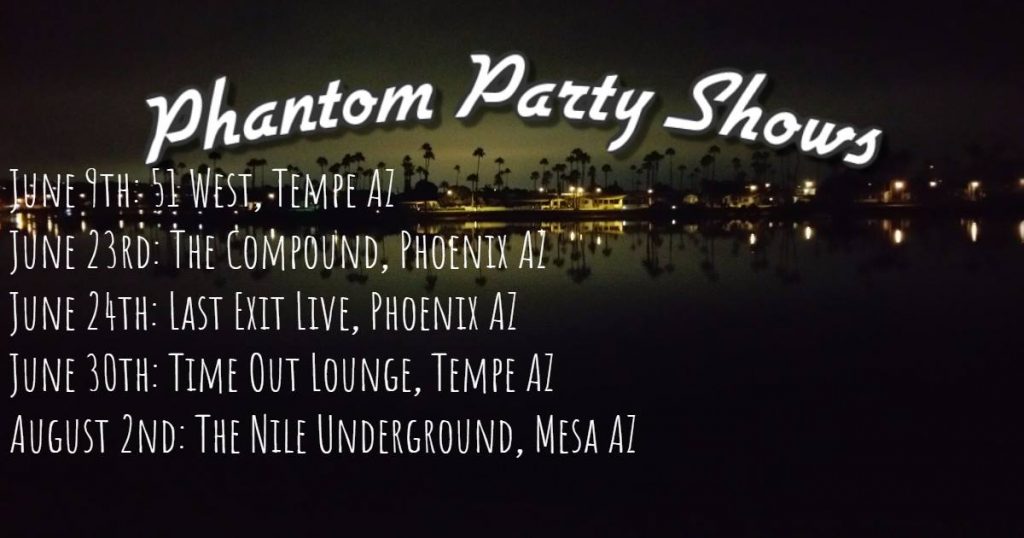