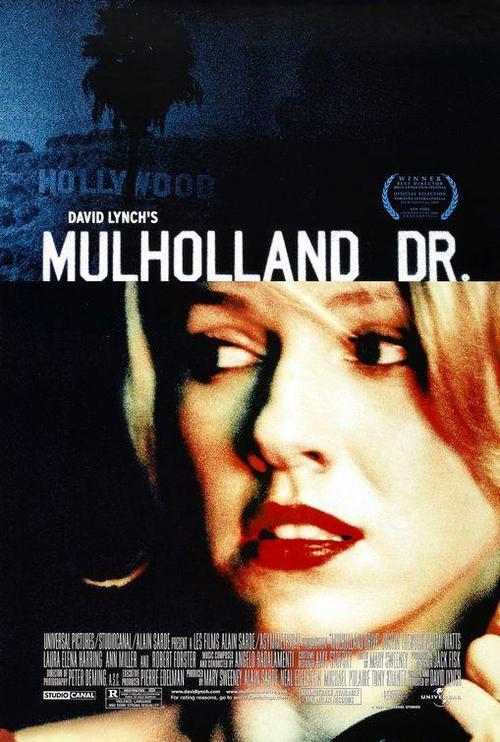 The original tag line for Mulholland Dr. was “A Love Story In The City Of Dreams” and that may be all you need to know before going into the film.

What might strike you as odd, though, is the fact that Mulholland Drive is in Los Angeles, which is the City of Angels. New York City and Las Vegas are more often referred to with this moniker, but it’s just like that clever bastard [Director David Lynch] to put some dissonance right into his damn tagline.

Now, it could mean Hollywood and be a reference to an obscure 1931 film, but with Lynch in mind it’s probably all implied: the tension and the reference. It may also be an outright tell on figuring out one of his greatest films. The tagline could be interpreted as literally spelling out that this is a love story in the city of dreams. No metaphor, but rather the concept.

There is every reason to argue that the movie is entirely within a dream. The interesting thing about Mulholland Dr. is that you can argue nearly any theory and if you watch it with that in mind – it will work. The most cohesive part of the film may be what’s contained in the dream. The madness that follows may actually be the reality or, alternately, this could be a tale from the perspective of a dissociative mind while locked away in a Hollywood bungalow. It’s open for interpretation on purpose. The film wants to explore you.

Like most of Lynch’s latter day material, understanding the film isn’t necessarily the point of the cinematic experience. In fact the interpretations of say, this movie or Lost Highway, seem to be more reflective on the psychology of the interpreter rather than the films themselves.

“It’s no longer your film.”

This shouted at a critical moment in Mulholland Dr. as the film begins to swerve and veer, but it’s difficult to say if that’s intended not only for the character of Adam, in the role of “director,” but for the audience and perhaps Lynch as well. Mulholland Dr. is a movie for the subconscious to sort through, just as it is a movie of someone’s subconscious doing exactly that to some degree; confused identities included.

“It’s no longer your film” hung over my head for days after seeing Mulholland Dr. in the theater back in 2001, becoming meaningless like a word you say over and over again until the sound is no longer associated with the word. Every time the film was brought up, that line would haunt me again, prompting another viewing, often with a different theory in mind.

By that point in the film when “It’s no longer your film” appears,  you are welcome to love it or hate it from there on out. And, you really don’t need to justify either reaction, but it’s usually one or the other. It’s just as polarizing a moment now as it was upon release and I recall reading reviews, whether positive or negative, and thinking that they were all full of shit. But, if you had already wrapped your mind around the psychogenic fugue of Lost Highway, this Hollywood Dream isn’t as much of a unprecedented mind fuck.

David Lynch gave fans Ten Clues to understanding the movie on an insert with the DVD release in 2002 that are cryptic at best, but kind of lead you to the story of least resistance. He will not, however, speak of his interpretation because once seen, it’s no longer his film either. The film you saw is not the film he made, that was already shown to you, but you still saw your own film. Of course, now it’s no longer your film either – it’s for your subconscious and the next time you see it, it won’t be the same and neither will you.

These are things Lynch is betting on, the reason he made this magnificent movie this way. It can become a playground for you mind, if you let it. David Lynch is one of the few American directors who creates movies to be experienced in the same way Michelangelo Antonioni and Federico Fellini created cinematic experiences – based more on ephemeral emotional response to the imagery than the story itself. He has a rare grasp of the absurd and the macabre, the intuitional and intellectual, the way reason is arrested by passion and madness – an unfettered look at the world for all of its infinite horror and beauty, sadness and hope, lust and love, light and darkness. And lots of red curtains.

Of his contemporaries, only David Cronenberg can compare with Lynch’s own obsessional ghoulish universe so close to our own. I can think of no other auteur of the time who can demonstrate such psychically impressive imagery that, at times, overshadows the plot or dialog or talent. Yet, his dialog creates its own gravity, and when it drops out, the vacuum creates a black hole in your soul–especially the moments it does so in Mulholland Dr.

Antonioni was once called the “Master of Silence” at the height of his career and Lynch has learned well from him. Lynch’s use of sound reaches a new apex in audience manipulation in this film and Angelo Badalamenti is playing with you like a marionette. It’s not just the composer; Lynch’s use of ambient and industrial sounds from the start of his career have been a signature style. And it’s one that seems to affect ones attention to such noises in daily life after watching any number of his works.

Much of this film feels just slightly claustrophobic and, oftentimes, it’s the audio track that’s making you unsuspectingly anxious. This is as much about what you hear as well as what you don’t hear. “Silencio,” the last word spoken in the film, and the entire film experience littered with infinite silences, prove moments impregnated with anything but silence. “Silencio,” the mystery woman says from the balcony. It is finished and you are unsure of what to do next. This is the greeting of madness meeting mystery and also goodbye.

Now, I advise leaving all Lynch films unanalyzed on that first viewing. You just need to let his movies happen to you first. Nearly everything he’s done demands multiple viewings, not all but most, and Mulholland Dr. is one of the most enticing movies to revisit.

The Lynchian Universe sits adjacent to our own, certainly similar to our own, but the rules of perception and the reality of illusion are a bit more confused there – the subconscious is stronger between thought and expression. If not all of the man’s films, then certainly starting with Blue Velvet, you must admit it’s a strange world and you are not of it. But, for two or more hours, you are in it. Blue Velvet began our peek into this world which Lynch continued through Wild At Heart, Twin Peaks, Fire Walk With Me, Lost Highway, Mulholland Dr. while culminating with Inland Empire, potentially his final film. The deeper you get into this cosmology, the more you need to simply experience the films without judgment but perhaps with rapt attention.

And, you have a chance to revisit the strange and mystical world of David Lynch on the big screen this week. The new 4K Restoration of Mulholland Dr. will be shown at Alamo Drafthouse Cinema in Chandler on Thursday, June 15 at 7 PM.

Get your tickets before they’re gone.