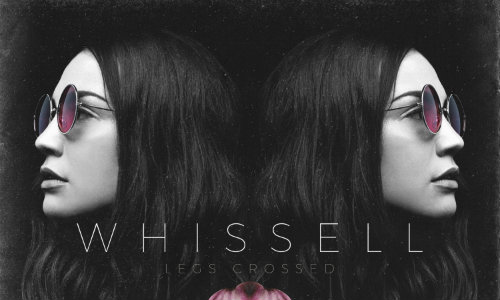 Whissell doesn’t really deliver the sound we’d expect from a Nashville act, but we’re digging her pensive brand of power pop. “Legs Crossed” combines bourbon-smooth vocals and radio-ready production that will turn your relational rage into a #GrrrlPower moment. Communication is the best means to a healthy romance and Whissell is here to remind us that sometimes you just gotta hash that shit out with a real convo. Give “Legs Crossed” from Whissell a listen below or head here for your own download of the single.

CASPR takes one part brooding electropop, one part lithe vocals, and two heaping spoonfuls of slick sass on his new dance single, “Crazy”. The L.A.-based singer-songwriter teamed up with producer Danen Reed for a club-ready hit that you’ll want to save those serious moves for. I’m talking the slow moves that require as much face as hips. Take “Crazy” for a spin below and then head here to score that digi-download.

Coming from the indie/electro side of the pop spectrum, we have W I N C H E S T E R and their new single, “Throw It Down”. Despite the annoying spacing of their band name, we’re definitely down with the luminous energy and vibrant sounds of this Toronto duo. Bandmates Lauren Austin and Monty de Luna share vocal responsibilities with matched radiance. Take “Throw It Down” for a spin below or head here to add the single to your summer jam playlist.

Whethan’s latest single features the sultry vocal stylings of Charli XCX for a club-ready banger. Whethan is the moniker of Chicago’s Ethan Snoreck creates some stylish beats even if the lyrics are a little confusing at times (see lyric video here). I think the important message to take away is that love is good. Sometimes a little pop-inspired incoherence can really make for a stellar singalong song. Score that digi-download here, but you can preview “Love Gang” from Whethan below first…

“When I Was Young”

The “LA based Future Music collective” known as Neo Noir combines the talents of Bradley Allan and Greg Ogan, but they invited vocalist Brooke Williams to join them on their new single, “When I Was Young”. Neo Noir throws in some future bass permutations into their soundscape on this single which was released through the Trap Nations label Lowly Palace back in April.  Give the single a listen below or head here for the digi-download.