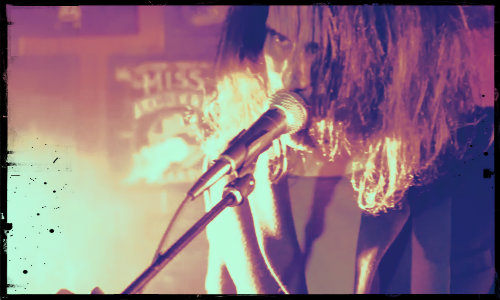 Foresteater dropped their stellar debut EP, Nightlife of the Exploding Heads, last year, but they have this brand-new music video to provide us with the perfect excuse to revisit some of the gems from that release.

“Very Friendly People” sets a stellar soundtrack for a contemporary tale of tragedy that unfolds in the music video created by Foresteater frontman Mikey Pro and Coach Taylor of Camelback Media.

I had a chance to chat with Mikey about the making of the video, the album, and the impending Mescal Porch Collective tour that Foresteater will be taking part in. But, first, check out “Very Friendly People” below…

YabYum: I see that this video was made by “Coach Taylor and Mikey Pro”… So, first of all, who is Coach Taylor and how did you two come to work together on this new music video?

Mikey Pro: Coach Taylor is firstly one of my oldest friends. We grew up together as next door neighbors so we’ve known each other since we were 8 or younger. Present day, he just started a media company called Camelback Media and I believe this is his first music video.

It’s also Foresteater’s first video so it’s really fitting as far as having the freedom to do or try anything we want without any rules like “this is the way we do things when we make music videos” or something. It was really just two long-term friends being creative together without any rules. I ended up being in charge of the content/story while he was in charge of making sure everything looked good and, of course, the editing. It was really nice to work with someone I’m so comfortable with.

Please tell me a little bit about this single. This was from Foresteater’s debut album, Nightlife of the Exploding Heads, correct? When did that album come out? And where did you record it?

Yeah. This is the first Foresteater single off of the debut EP. The album came out last year and I recorded it with Bob Hoag at Flying Blanket Studios. I knew I wanted to give it the video treatment for a bit and finally felt comfortable enough to do it once Taylor and I started talking about it.

It feels like the video is commenting on selfie culture or maybe scene culture in general. As one of the music video creators, maybe you could tell us a little about the underlying concept for “Very Friendly People”?

The video is a satirical dramatization of people being way too concerned about moving up in a social scene. Also, it shows how judgmental, fake, and ruthless the culture of a social scene can be. We wanted to show that the more the story’s protagonist, Patty, changed herself to fit in, the more the scene accepted her.

I also wanted it to be creepy so there is a sort of supernatural-psychological-thriller element to it where I represent the “nightlife” in phantom form and slowly get closer and closer to Patty until she is completely consumed. The scenes outside the bar with Grey “the doorman”, Lindsey “the selfie queen”, and Zak “the dealer” represent social tests and when Patty finally passes them she is celebrated by everyone who had ignored her before only for it to be revealed that the band and I have been working together the entire time to transform her.

At the end, my “we’re all mad here” smile and Patty collapsing to the flat-line sounding guitar feedback represent that the person she was is truly gone.

So, the album is out, the music video is out, what is next for Foresteater?

We are taking our music on the road for a West Coast Tour thanks to Mescal Porch Collective. Our tour kickoff is Friday June 9th at Last Exit Live with The Sink or Swim, Mr. Mudd and Mr. Gold, The Lonesome Wilderness and some very special guests. 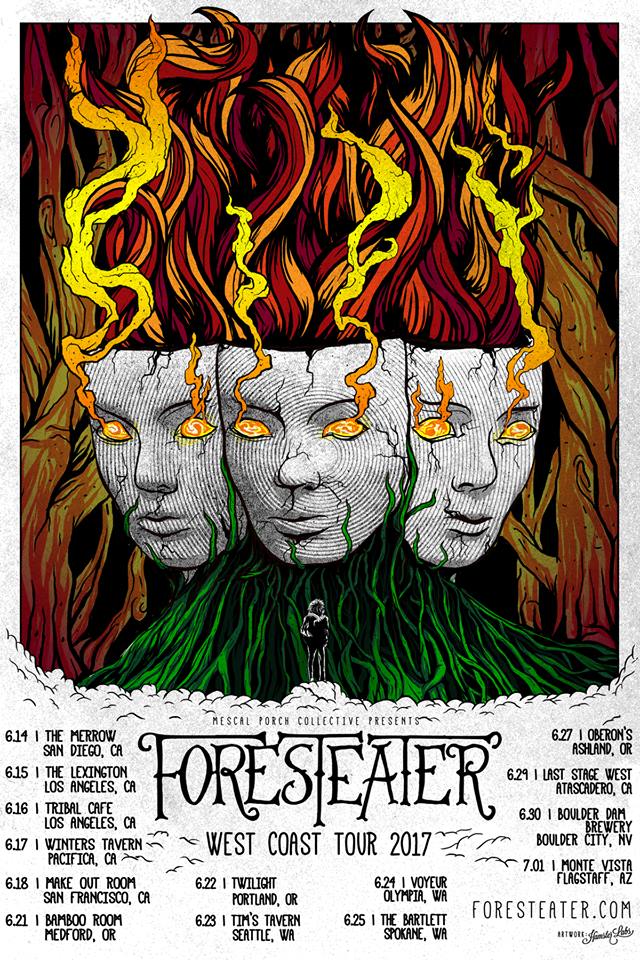