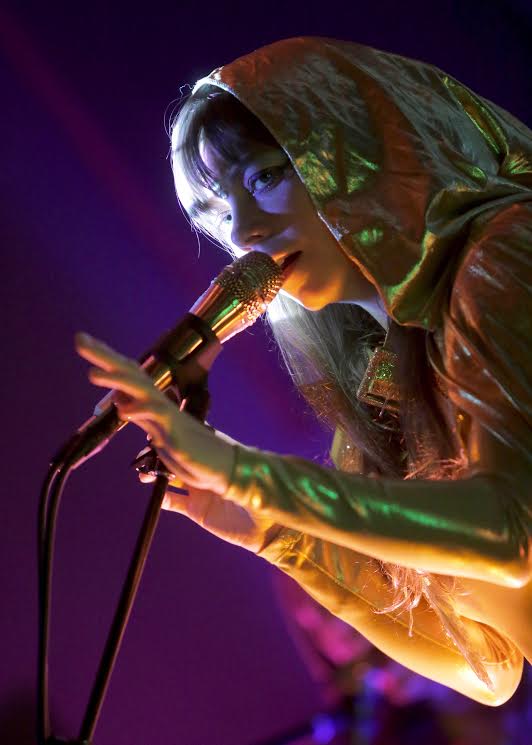 Photographer Daniel Corrigan was there shooting musicians when the scene in Minneapolis exploded. Taking photos of Prince, The Replacements, Babes in Toyland, and more. Jenny Lens was one of the few photographers chronicling the early punk scene in both North America and London. Charles Peterson’s influence on rock photography rests in his coverage of the Pacific Northwest music scene – primarily Seattle’s – during the late 1980s through early 90s.

Photograph historians. Hometown shooters chronicling the life of musicians. Without these, and certainly many others, the very history of those music communities, as well as thousands of others, would be lost.

Take a second, close your eyes, and picture Bob Dylan. Kurt Cobain. Stevie Nicks. Imagine your favorite musician. Yep, there it is. And thanks to someone with a camera, that image will be etched into your mind forever. 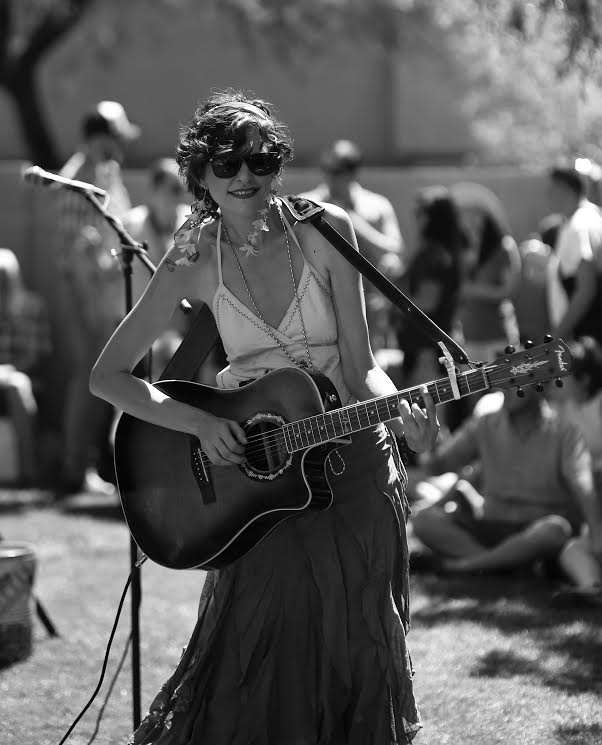 Every day my social media feed is flooded with images of local Phoenix musicians who played the very night before. And because of three, now two, dedicated and passionate photographers – who sometimes visit 3 venues in a night – I can relive the music through their photos.

And remarkably, night after night, Bill Goodman and Elaine Campbell shoot the bands for free. Nada. Zero. Zip. And then post them on their social media feeds. For free.

One of the reasons they do it, I’ve come to understand, is because they love music as much as they do photography. They hold musicians near and dear to their hearts. So, they shoot and share. And if you’ve seen any of their work, it is beyond captivating. Sometimes in color. Sometimes in black and white. But always stunning.

At this point, I would be neglect to mention the late Tony Zeimba. Ziemba died fighting cancer. He was one of the first band photographers I had met when I first started playing. Not a finer photographer, in or out of the studio in my opinion, has ever pushed the shutter. 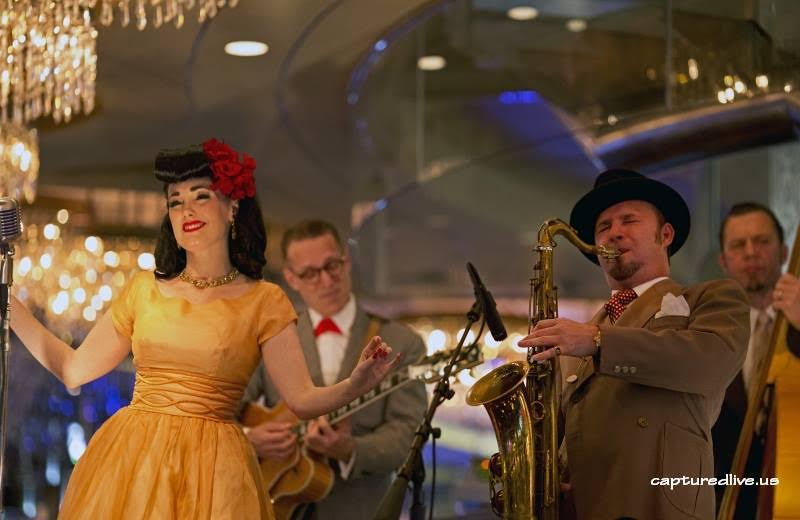 I caught up with Goodman and Campbell, (in between running to a show, of course), and asked them to give me a glimpse of where they came from and why do it.

Frank Ippolito: At what age did you first start taking photos?

Bill Goodman: I was fascinated with my parents’ Polaroid SX-70 Land Camera when I was around 12 or so. I didn’t get into shooting more seriously until much later. I was in my 30s.

Tell me, what was the first camera you owned? 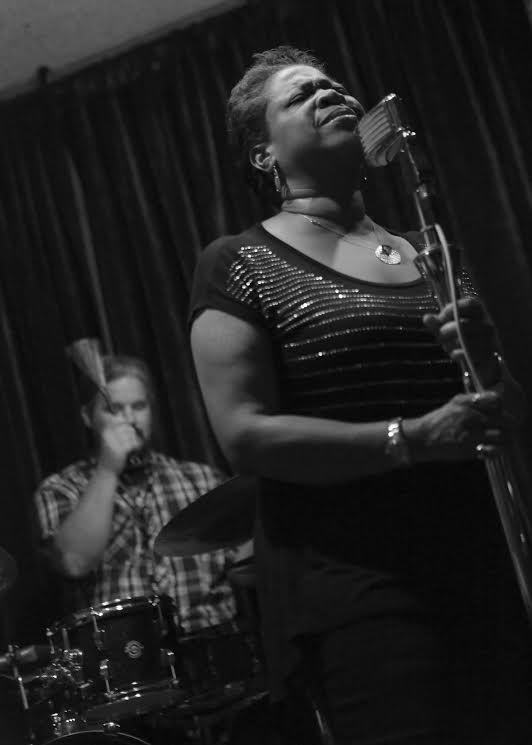 Have you ever shot in a studio?

(These answers fascinate me because it even makes their photos in natural light even better.)

When did the connection between photography and music strike you?

BG: I think it was around 2003 when the newly opened Stinkweeds’ Central Phoenix location started a Blues Brunch music event on Sundays at noon. Mikel Lander became my first regular subject at that event.

Can you recall the very first show you photographed?

BG: I Think it was a show at The Modified Arts down on Roosevelt. I can’t recall who it was. 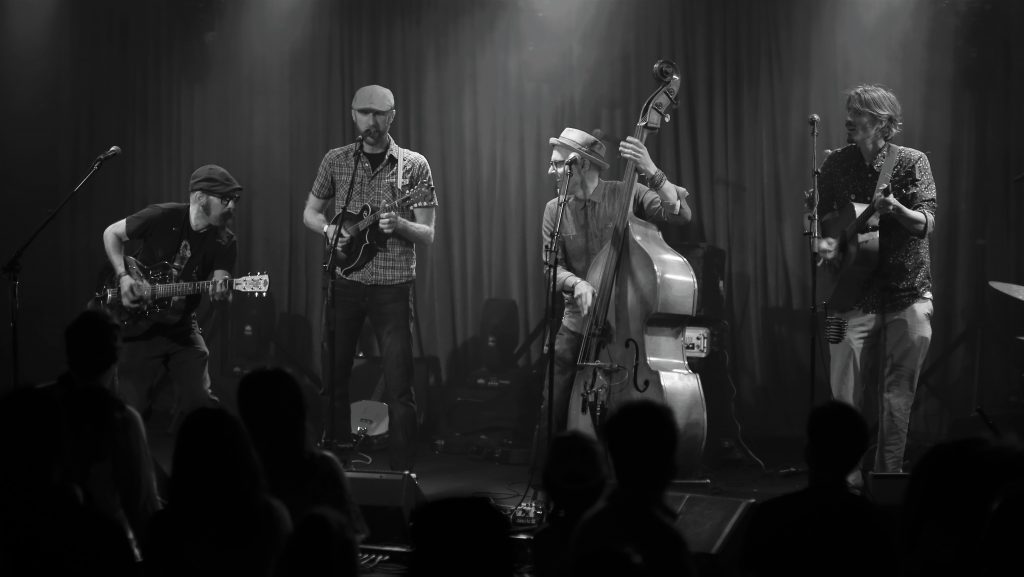 Most shows you shoot only have stage lighting, how do you manage to create such great images?

BG: A lot of trial and error, and the fact that digital cameras have gotten so much better in that area. My first shows were shot with High speed black and white film. Digital, at the time, was not as good as film in low light.

To me, you both are photo historians of Phoenix. Would you characterize yourselves as such?

EC: I never did, but so many people have mentioned it independently that maybe there is something to it.

BG: I can’t speak for Elaine, who shoots way more than me, but I think that initially for me, it was more of an adventure, trying to capture what I was seeing and hearing. It was harder a decade or so ago, and I felt challenged. I’ve done it for so long now that it isn’t as hard for me, so it has finally sunk in recently that my role is as of a documentarian wherever I go.

How do you feel about your role within the music community?

EC: Just trying to let the people who do not go to shows to understand that the Valley has an amazing music scene.

BG: Again, I think documentarian is a good description. I also feel it is a good way to pay back the music scene for all the great experiences over the years. I’ve seen a lot of great shows, many for free, over the years. I feel very privileged to have been present for so much great music. 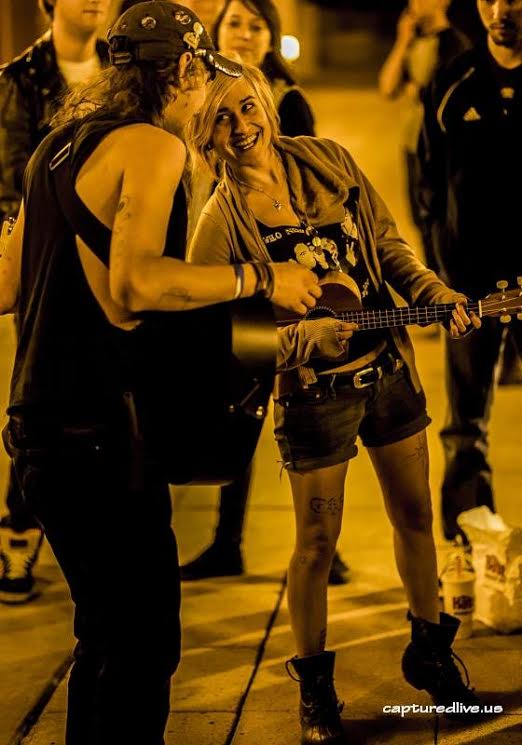 Bill, you share a common bond with another photographer, Tony Ziemba, who just recently passed away from cancer. Can you describe your relationship with him?

BG: Tony was a real unique guy. He shot purely for the joy of it. I don’t think he ever took a dime for anything he ever shot, and his stuff was so good. I think the music community really misses him. He was a kind, gentle spirit. We do share some of the same reasons for doing what we do. I mostly do it for fun. I do occasionally get compensated for some stuff that I shoot that is specialized.

Elaine, you were married to Tony, how did he come to photographing bands?

EC: Music was Tony’s soul. He started shooting at a very young age when there wasn’t digital. He stopped for a while when work and family took priority. When we started going to see more music, that passion returned. Honestly, when he was so ill due to the cancer, the music healed his soul.

What did he teach you about concert photography?

EC: He hated pictures of musicians with the microphone in their faces. 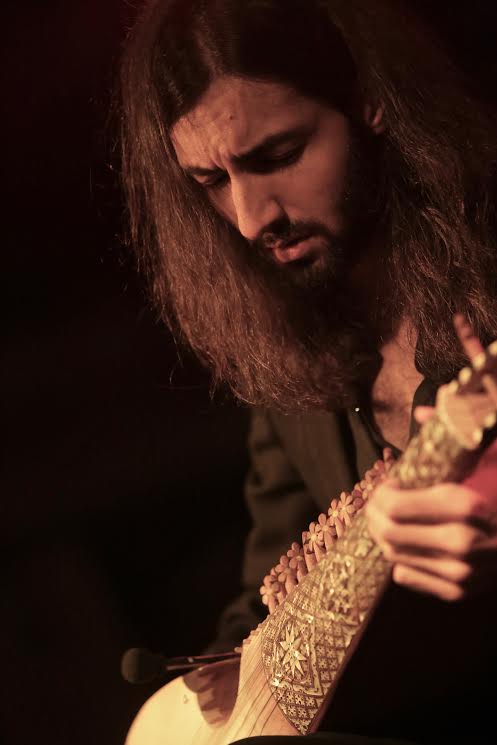 Without playing favorites, which bands are some of your favorites to shoot?

BG: I can’t think of any specific bands today. I like a lot of stuff… In the past I had a couple of favorites that no longer exist. What Laura Says and Mergence come to mind. I really miss both of those bands.

BG: On a good night, It’s hard to match Last Exit Live for its lighting. It makes it look like I know what I’m doing. I however tend to prefer the dark, moody places, best. The Lost Leaf is a favorite of mine for its atmosphere. The always moody red light forces me to shoot monochrome in there, with generally good results. And I just like the place.

P.S. After a couple of days, I came back to this piece with this realization: The reason Bill and Elaine’s photos drip of raw emotion and energy is due to the fact they are shooting for the pure love of shooting the music, without worry about getting paid.

So, the next time you’re on stage, and you feel the stare of a camera lens, it’s probably one, or both, doing what they love to do, documenting you, doing what you love to do. So, give them some love, back, just sayin’.

You can contact Elaine (phxgirl_1@yahoo.com) and Bill (fotosbill@gmail.com) through email. 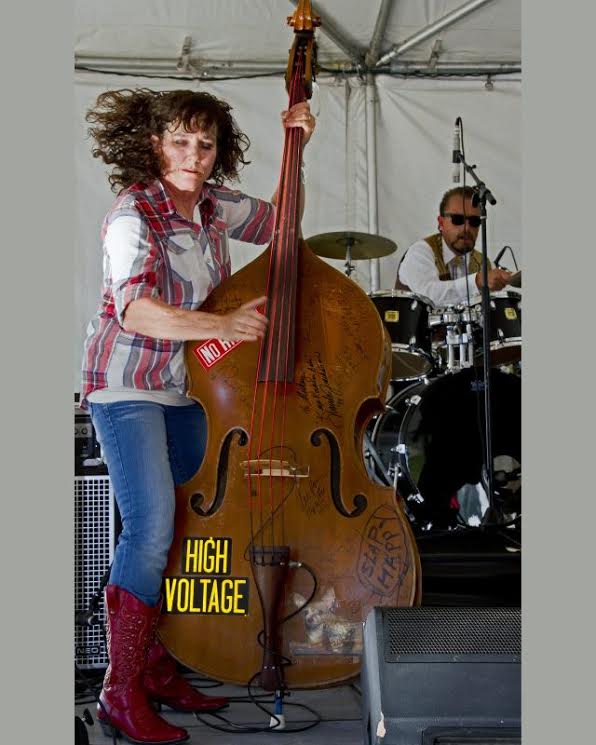 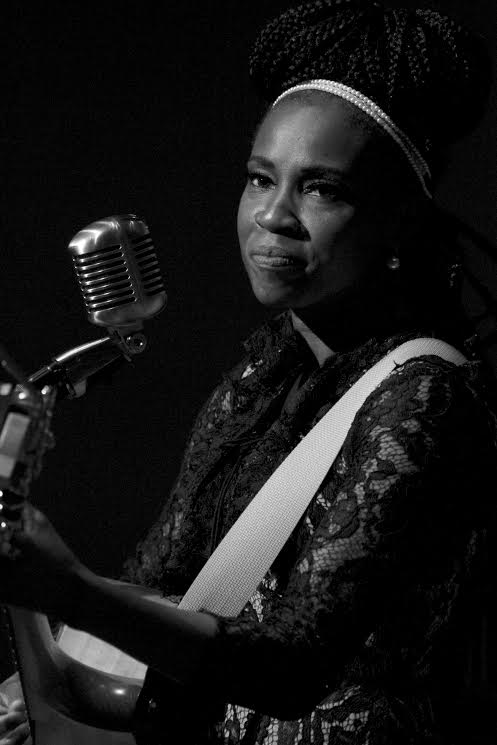 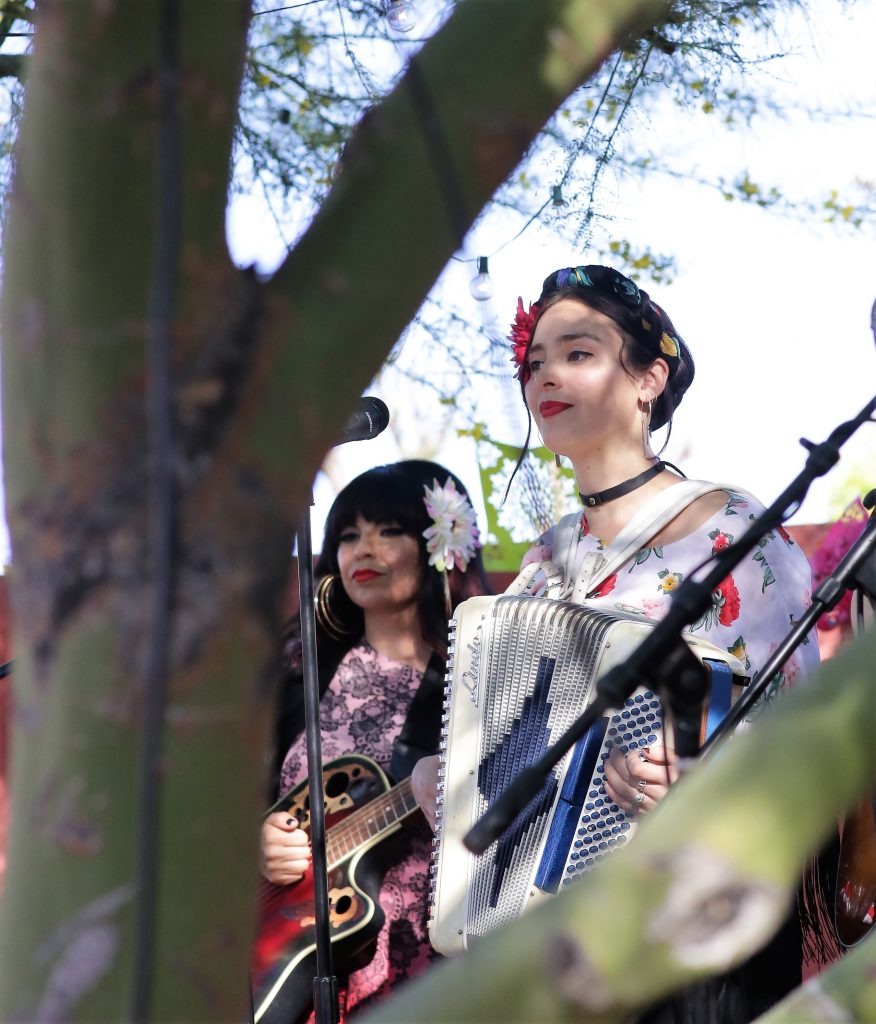 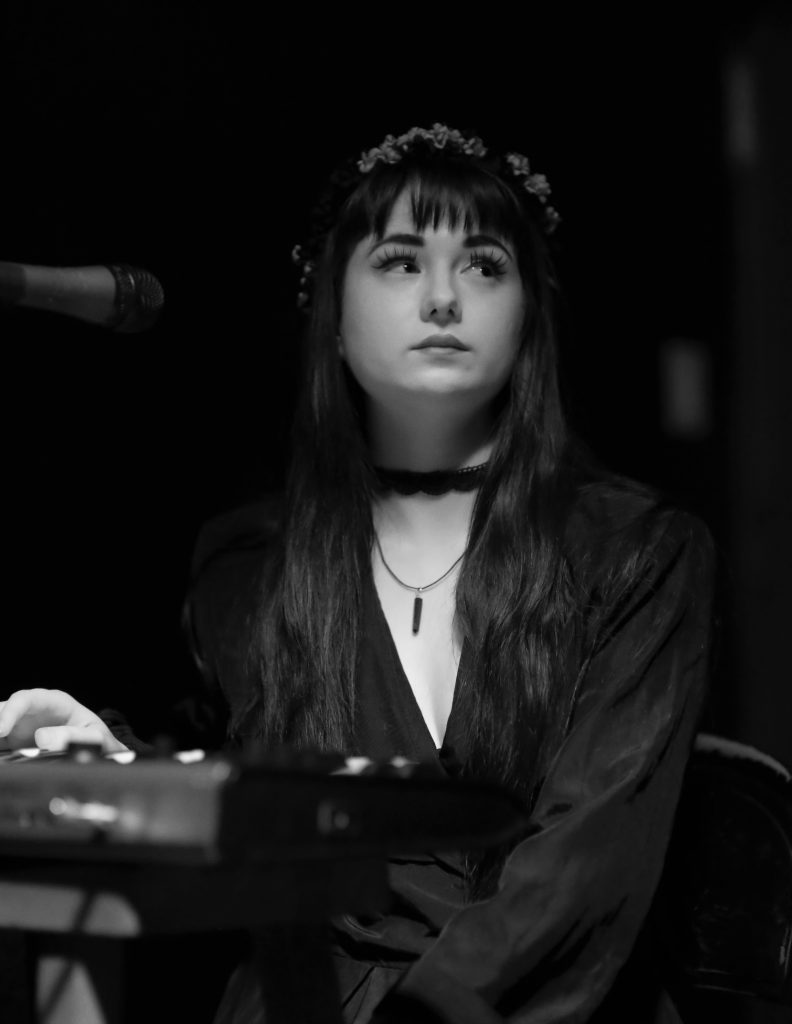