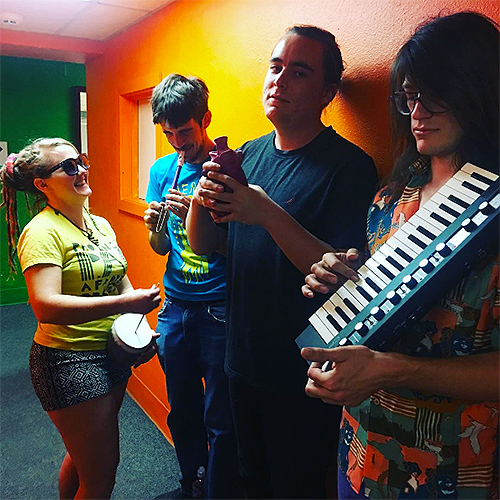 Those klezmer crusaders known as Jerusafunk dropped by the Radio Phoenix studios and now the podcast is available in all its deliciousness. We talk all sorts on the new record The Hierophant, the upcoming J-Funk tour, and try to find out all we can about band member side projects. Not only that, they brought in some fantastic tracks from some fantastic local bands and, as always, the complete playlist can be found below.

Now then, make sure to catch Jerusafunk perform as the in-house band for Pan Productions’ The Goblin Kings City, a live stage musical adaptation of the 1986 film Labyrinth. Only a few show dates left for that so click here for more info on how to score tickets. You should also check out The Hierophant Album Release Party with Nick Perkins Band, Zach Alwin & Duck Funk, and DJ Mitch Freedom at the Crescent Ballroom on June 15 because you KNOW that’s gonna’ be a funkysweet time.

Tune in every first and third Wednesday at 7 PM for The YabYum Hour, only on Radio Phoenix.