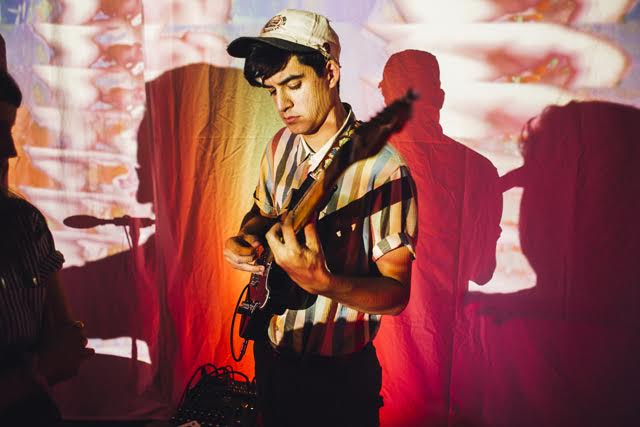 Eamon Ford is more than meets the eye.

You certainly may have seen him either attending or, even more likely, performing at various venues around the Valley. In T-shirt and cap, the young man has quite an unassuming air.

However, as Audile Collective, he is responsible for engineering some of this town’s best releases as of late by bands like Good Friends Great Enemies, Huckleberry, Nanami Ozone, and Playboy Manbaby, just to name a tiny few.

He also moonlights in more bands than I can keep track of so I decided to track the man down and find out exactly what’s what with his bands, his studio, and what’s next.

Mark Anderson for YabYum: When did you move to Arizona and how/when did you get involved with the music scene here?

Eamon Ford: The first time I moved out here was 2012. My close friend, Michelle Blades, suggested I come out this way. She and I knew each other through skateboarding in South Florida. So as to not just do so on a whim, I enrolled in the Luthier program at Roberto-Venn. I was able to get involved with the scene that first time through the generosity of people like Michelle Blades, Stephen Steinbrink, and Mo Neuharth.

Then I moved away, came back and started my band Nova Joven with Isaac Parker, Zack Parker and Chad Dennis. I was privileged to play lots of shows because of the folks at the Paper Knife, Parliament and Stateside Presents.

Moved away, again. Came back and started recording non-stop starting with both Numb Bats’ releases, R. Ariel’s Changer record, and the first Pro Teens full length among others.

Is audio recording something you’ve wanted to do for some time or did you fall more casually into it? I see you attended both CRAS and Roberto Venn so I wasn’t sure if you had one path in mind then switched. Can you build guitars/instruments too??

I’ve always had an interest in recording but it seemed out of my capabilities with all the costs and knowledge required. After Roberto-Venn I moved back to Florida and worked for a few different Luthiers and ended up taking a job at a Guitar Center. I, within the first few days there, knew I couldn’t do it for long so I worked as much as I could and took advantage of the discount. I bought lots of gear I had absolutely no Idea how to use but I knew at some point I would. I’m a musician before I’m anything else and the repair tech world was taking me further away from the playing of music.

I was missing Arizona and, on a visit to PHX, Mo Neuharth suggested I move in with her in the Garfield neighborhood. So again as to not do so on a whim, I pulled out a semi-frightening student loan and enrolled in CRAS! After that, I moved out to New York and became an intern at the Rare Book Room (Deerhunter, Dirty Projectors, Palehound, Animal Collective). I owe a great deal to Nicholas Vernhes and Gabe Wax for my confidence and knowledge in this field. 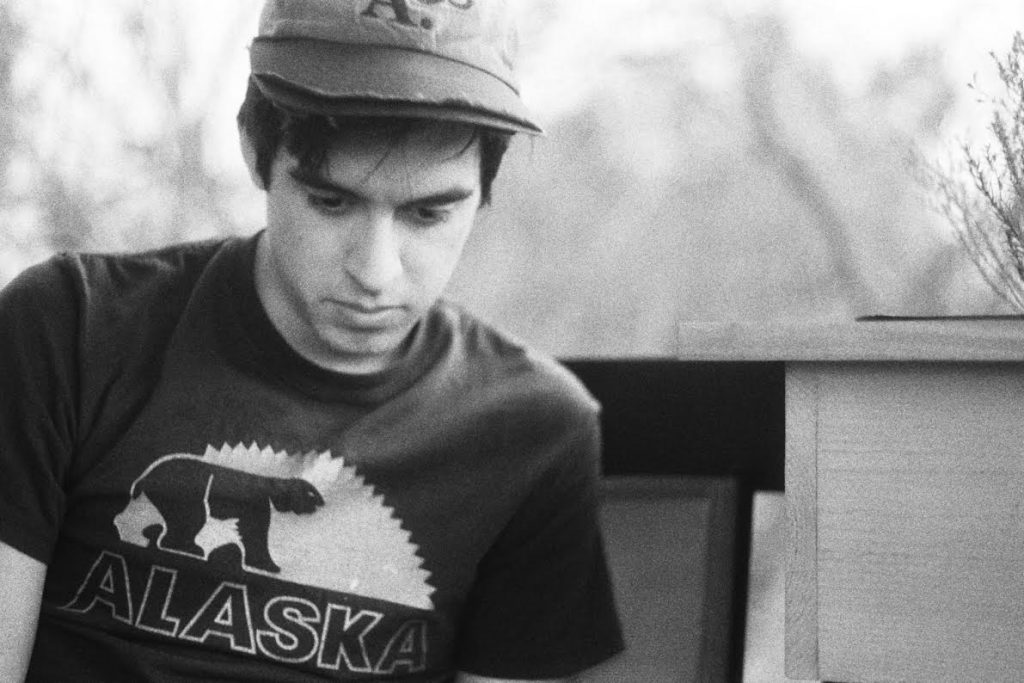 I live in a house with my roommate and bandmate Matt Tanner (Pro Teens’ drummer). I’ve set it up so we have one big tracking area, drums have their own area and amps/guitars/synths another. Lots of sound treatment and gear. Then there is a control room and other rooms that serve to isolate Amps when people want to be able to track live. I’m capable of 16 channels live and am running pro tools 10. Focusrite Isa 428, Universal Audio 4-170d, a Pair of Distressors, Overstayer Stereo VCA compressor, other pre’s and compressors and mics. It is most certainly a “home studio” and people really gravitate towards that feel. Musicians can really take their time here to work and not feel rushed or pressured. The space is very flexible and capable of lots of different sounds. The studio is called Audile Collective.

Why did you decide to set-up Audile Collective here in Phoenix?

While at the Rare Book Room I knew that I wanted “this” – having my own space and being my own boss. Now, my space is no Rare Book Room or as prestigious as other top dollar studios here in town, but that’s kind of the point.

While in New York I learned the importance of the surrounding room, it’s flexibility and its comfortability. There was really nice gear in that studio but not all the nice gear and that struck me in a big way.

So I came back with the idea of setting up a studio that could be useful to all budgets and bands. I have really nice gear but I don’t have all the nice gear. That way my costs for myself and the artist are low and we don’t waste time.

The idea of a huge console and walls of gear is a frustratingly dated notion of people who think they should be able to buy a new car and multiple pairs of leather pants with each record. It’s a romantic and boastful idea. As a band who goes into one of these studios with racks upon racks of gear, you are paying to cover the cost of what the engineer has put on themselves so they can swing a big dick. You are paying for everything you see. But at a studio like that you are at best using 20% of what they have.

There is nothing cool about a console that Keith Richards did a line off of, it just means that it’s in need of a good dusting. Nice gear is just that, nice to have. And with the production of gear today, companies are making great streamlined and flexible pieces of equipment at fair prices (most of the time) for a studio to be properly outfitted or someone to record into a cheap interface with a nice external pre in their bedroom.

Could you tell us a little (or a lot) about your recording process?

The process varies a considerable amount each session and I try my best to not be what I call a “sonic stamper”. I aim for my touches to be transparent so the band can sound as much as themselves as possible and I lend my ideas for production but never get attached to them as to make it clear to the artist that this body of work is absolutely theirs.

I really don’t like the notion of engineers having a “signature sound” because often that just becomes this lazy sonic blanket they put on everything and it all starts to sound the same. Listening to the artists ideas and really just stepping out of the way is crucial to a truthful audio representation of their efforts.

Not everyone has the language and know-how so it’s in those moments I step in but never before. There is no method that works for all and there is no “It should sound like this”, It should sound how they want it to sound and that’s it. Maybe if your snare sounds like a slab of ham hitting wet cardboard, that could sound “bad” but even then it’s pretty debatable.

What bands are you in now? Pro Teens for sure…

Pretty much just Pro Teens. Good Friends Great Enemies has retired into the great beyond and Lai was a fun temporary collaboration with Kristina Moore (koleżanka, Where are all the Buffalo, Foreign Language), Ark Calkins (Ark, Willetta, koleżanka), Chad Dennis (Playboy Manbaby, Instructions, Nova Joven). I have a personal project called Universer that I’ve released a single song as. Working on a larger body of work for it but it will probably just remain a project that puts out recordings and doesn’t play out.

What projects are you currently working on that you can tell us about?

Dang. I. Am. Busy. Pretty recently I finished the new Huckleberry full length Natural Selector, the Nanami Ozone EP Make It All Right, Go Outside’s EP No Thanks, the Elna Rae EP Dexter, and Playboy Manbaby’s Don’t Let it Be.

Currently I’m mixing an EP for Hypoluxo from Brooklyn, New York. I’m also mixing a full length for Spirit Tramp out of Athens, Georgia. Started tracking and mixing the new koleżanka record. Working with Max Knouse. Just finished 4 songs with Vance Nowe and a 5 song EP with John Chanteuse. Both of whom are in a wonderful band called Herbert Walker. Oh and new Pro Teens. 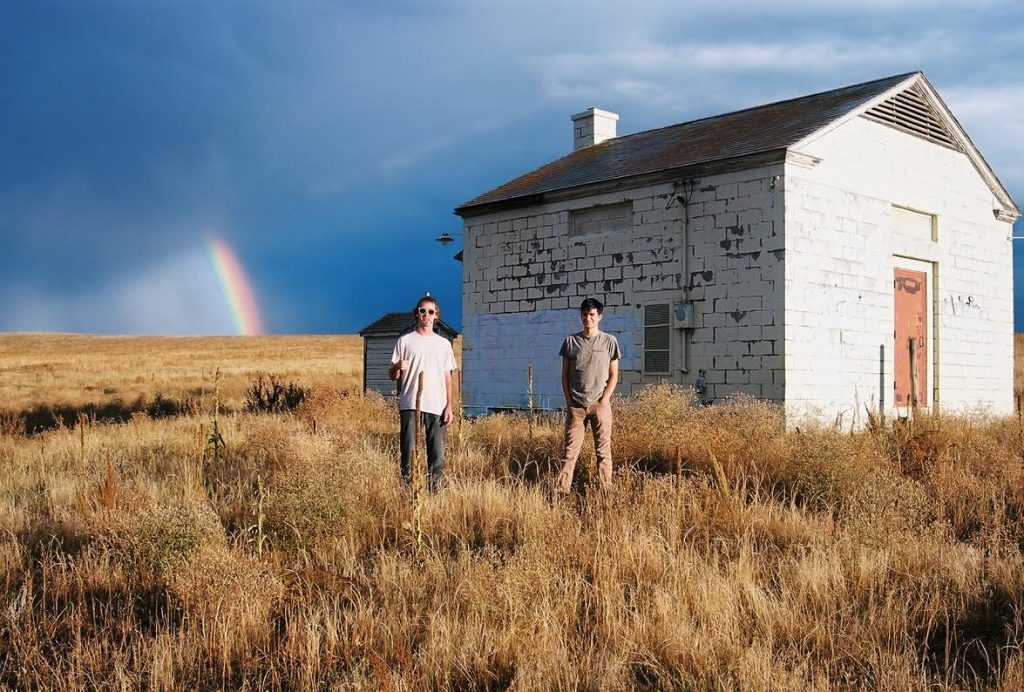 What do you make of the overall music scene we have here in the Valley/State? The good and the bad from your perspective?

Phoenix is incredible. I moved back here from New York to try and put together a studio all on my own and I knew I could do so here. This music scene is so hungry and the bands here are willing to put in the work. I’ve lived in a lot of cities and none of them can touch the tenacity of this place.

The only “downside” I’ve noticed is Phoenix is quite big so there are so many micro scenes. It’s great when they come together but I’ve noticed particularly with Phoenicians who have played in the scene for a long time that they’ll be nostalgic for a time before or will be so caught up in what they use to do that they have these blinders on not allowing them to notice all the new blood.

As a self employed audio engineer, I’m lucky to be able to work with so many bands of so many niches. Oh and lets not forget how awesome it is that Tucson and Flagstaff are so close.

I believe you’ve toured some. Do you have a particular show/venue/city that stands out as a highlight?

Boulder, Colorado is always a fun time. Real hungry scene there with the tape label “First Base Tapes”.

Anything else upcoming? Any summer touring at all?

Lots of recording coming up. Pro Teens is hitting new material hard when we get back from tour (it’s really piling up), which we leave for May 2nd and will be back the 22nd!

Is there something I failed to ask that you that you would want people to know about? What’s something that most people don’t know about you?

This scene is really diverse and I think if at any moment someone here feels like it’s in a lull, all they need to do is look around and go to a new haunt. So much happening between places like the new Trunk Space, Lost Leaf, The Lunchbox, Rebel Lounge, Stateside venues, students at TUF and between so many bands in town like Twin Ponies, koleżanka, Go Outside, Le Monolith, Malta, RNA, Diners, Body of Light, Elna Rae, Nanami Ozone, Little Brother Mojo, Playboy Manbaby, Herbert Walker, Nick Perkins band, Huckleberry, Jerusafunk, The Hill in Mind [RIP], James Band, Running From Bears, the list could go on for quite sometime. I’m very lucky to be playing with my friends in Pro Teens and to work with so many talented and genuine people through my studio. I find myself constantly inspired by everything I work on.

I can do an impressive amount of pistol squats and I make a really good vegan eggplant lasagna, once a year.

Make sure to check out all the offerings from Audile Collective below and come out to Valley Bar on May 22 to welcome back Pro Teens from their summer tour! 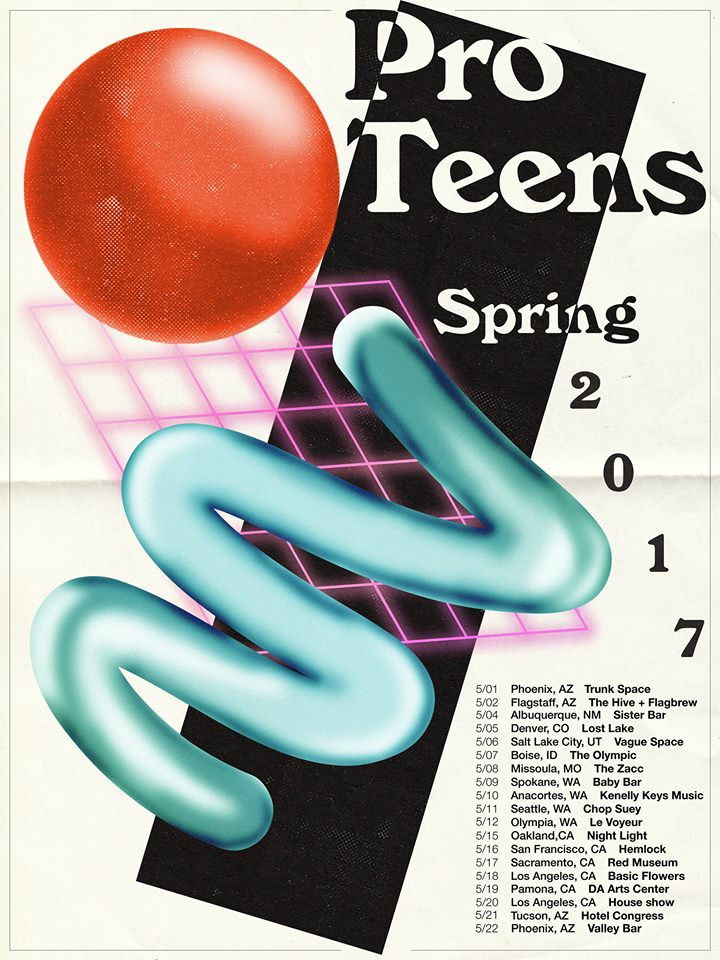