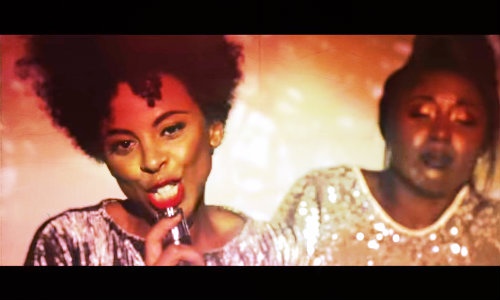 I don’t even know where to begin with New Zealand’s Wallace. I mean, should I start with the jazzy vocals that floats atop “Diaspora” or that funky soup of sound that simmers underneath? It’s all so good. Wallace describes her sound as “future soul” and I certainly hope there’s a predictive element in that tag. Wallace teamed up with Sydney-based producer and vocalist Crooked Letter to create “Diaspora” using samples from Nigerian funk music. Check out the new single from Wallace below and keep watch for her debut EP later this year!

Frank Affer teamed up with his brother to give shape to his forthcoming debut EP, L U V S O U N Z. “The Times” is just a little sampling from that album. Blurring the line between melodic rap and pop, Frank Affer drops his breezy lyrics over a subtle but sprightly beat.  The track definitely goes in for some of that radio-ready production, but it doesn’t feel heavy-handed. Not at all. “The Times” keeps things easygoing, but that doesn’t stop it from getting stuck in your brain space. This is a promising start for Frank Affer. Give “The Times” a spin below…

Richmond’s OsagieTheGreat takes a simple, kickback beat and shapes out a smooth summer single with “The Water Song”. Just like its straightforward moniker, “The Water Song” doesn’t go for an overly-embellished sound. No need to church things up when you’ve got a good thing going. The single was produced by Daghe and was released earlier this month so it still has that new car smell. Make sure you check out “The Water Song” from OsagieTheGreat below…

Afrikan Boy (AB) gets personal on his new single, “LITW”. Recounting the story of his parents, from their initial meeting to their relocation to the United Kingdom. The single starts with a bit of whimsical guitar work, but the story carries a serious tone that matters the implications of its message. Don’t go into “LITW” expecting an easy hook and endlessly repeated lyrics. AB turns the focus inward with his lyrical prowess on “LITW”. Give the single a spin here…

Sam Nicolosi takes an R&B path to Neo-Soul. His new single, “Our Blood”, infuses soul, blues, hiphop, and commercial pop into one chill sound. The saying goes that blood is thicker than water, but what does that really mean when there’s no shared love? According to “Our Blood”, not much. This track comes from Nicolosi’s debut EP, Origins, which dropped in April. If you dig “Our Blood”, make sure you delve into the full five-track release.

Phoenix R&B artist Jonny Lemons infuses an assortment of other styles, from hiphop to indie, for a modern twist on Soul. His new single, “Stay Alive”, addresses the anguish of loss not only in the lyrics, but also with the poignant texturing on the production end thanks to Jonny Lemons and Ryan Daminson. The vocals move from ambient to a sharp and expressive rhyme style that reminds me of Sage Francis in the way it is real and raw. Give “Stay Alive” from Jonny Lemons a spin below…

“Come On with the Good Thing”

The London duo known as MF Robots revives the vivacity of disco with their neo-soul sound.  “Come On with the Good Thing” has it all: the percussion, the horns, the harmonies, even the cowbell. MF Robots demonstrates some sharp musicianship in this funky nod to the Age of Glitter. And, just in case you’re wondering, the name stands for “Music For Robots,” not that other MF. Get down to “Come on with the Good Thing” from MF Robots below…