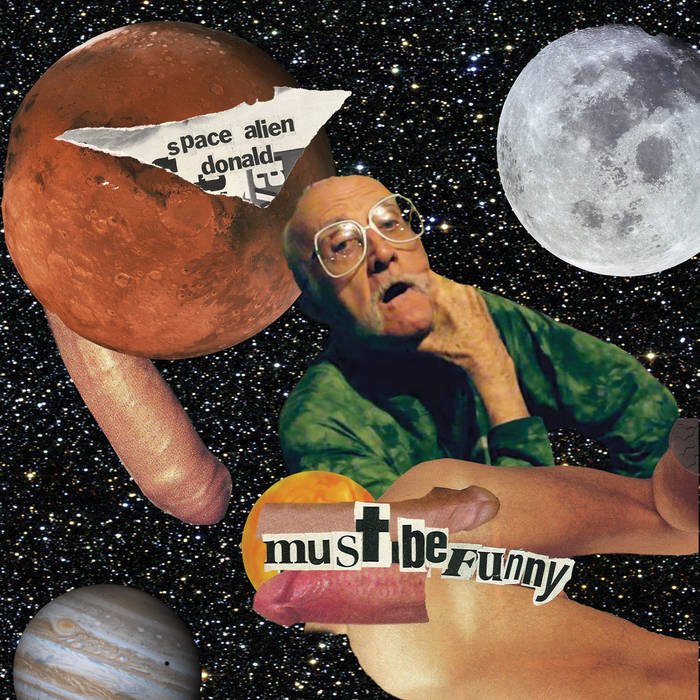 April 20 marks the anniversary of Space Alien Donald leaving our planet in 2015 at age 79.

He was many things: loner, scientist, writer, voracious reader, anarchist, vegetarian, freethinker. Having lived a nomadic life, he spent the last four years of his Earth time residing in Phoenix, and instantly became a celebrity amongst the community.

Not only was he well-known for being a genuine eccentric, but he was also a proud outcast before many subcultures were formed to give outcasts a home (hippies, punks, etc). He was a big fan of science fiction, and empathized with the intellectually advanced alien characters who tried to open the minds of Earth people and were punished as a result (such as in Slan, his favorite book).

As he explained in Ben Kitnick and Saxon Richardson’s short documentary Funny World, “I’m not saying I’m really from outer space, I’m saying I’m alienated.” For many others who have also felt alienated, he served as a guiding light.

Donald always tried to turn the spotlight away from himself and onto other artists he admired. He scoffed at the idea of being called a musician, though he was secretly an amazing pianist. He also didn’t think of himself as a wordsmith, though he was a published poet and authored at least two books (he threw most of his book copies in a dumpster during the 1990s).

Yet he started performing at age 74 and came to be known as “The World’s Oldest Gay Canadian Rapper” (a moniker thought up by Abe Gil from Treasure Mammal). The album Must Be Funny (a nod to the Prescott parody religion of the same name) was recorded by Jalipaz at Audioconfusion and released on Ryan Avery’s Related Records label seven months before Donald returned to the cosmos. Let us thank Mars that he decided to leave this documentation behind in the nick of time. The album is a perfect reflection of Donald: one-of-a-kind, fearlessly weird and effortlessly insightful.

Must Be Funny is not a quirky rap novelty album. I wouldn’t lump it in with any other genre either. The music is jarring and disconcerting, matching the varying lyrical shades of idiosyncrasy throughout. Donald’s one-take-or-bust vocal tracks show a laid-back cool that embodied him as an individual. He wasn’t trying, and that’s what made the album work. It’s comfortable and sincerely itself.

The title Must Be Funny sums up the album’s theme as well as summing up Donald’s worldview. Some of the sillier topics include felines from outer space (“Cats”), a hamster on wheels (“Skateboard”), and how cyborg fornication is only morally acceptable if the androids are physically attractive (“Ugly Robots Shouldn’t Have Sex”). These songs fit in with the more overtly philosophical tracks on the album because they all attack mindless seriousness. This lyric in “Funny World” (named after the Heaven-esque destination in the Must Be Funny religion) says it all: “Serious world is based on empty belief.” Donald believed in maintaining a sense of whimsy as an act of rebellion.

Similarly to Devo (one of the first things we bonded over), the Space Alien questioned the notion that humankind was evolving forward. Mixed in with the album’s zaniness are genuine pleas to improve the planet’s condition by thinking for yourself and putting the kibosh on bureaucracy and dogma. As he proclaimed in “Human Zoo”, “If you are dumb, if you have greed, on planet Earth you can succeed. Those who run this planet seem to be part of a foolish, unwise regime.” (Sound familiar?)

Though he had a rightfully pessimistic outlook on the human race, he also had faith in the ability of the alienated to fight the idiocy. In “Happy As Can Be”, he spoke for his extraterrestrial brethren who merely want peace for us all: “Space aliens are gentle. We didn’t come to invade. Space aliens are lovers too, caring as can be.” As has been the case with a lot of the best sci-fi, Donald used the analogy of the misunderstood Martian to highlight humankind’s fear of the other, and to emphasize the point that maybe the other shouldn’t be feared after all. 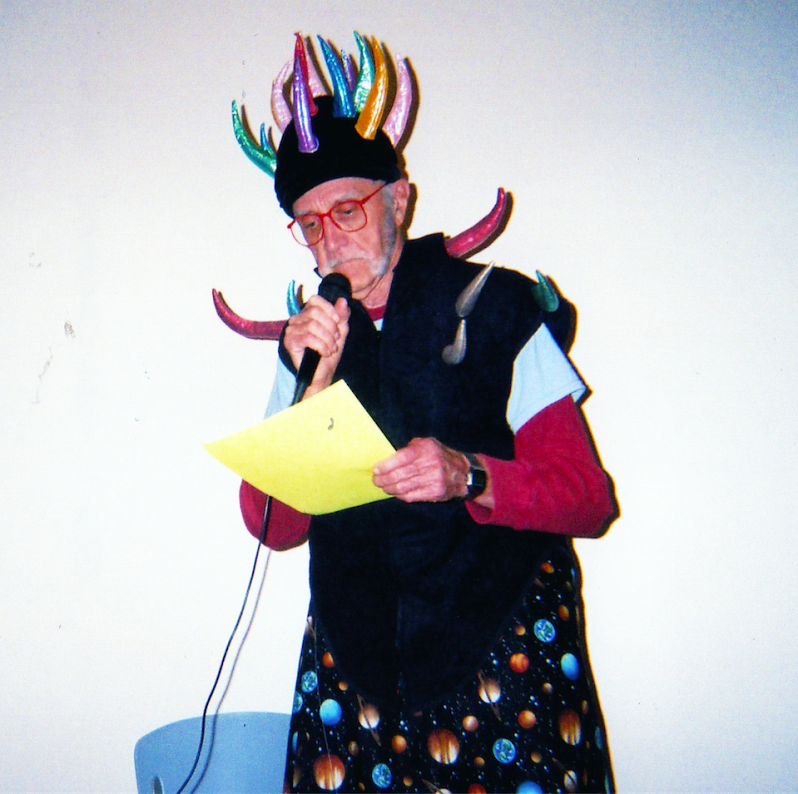 Seventy-nine years seems like a decent quantity for most lifelines, but Donald seemed especially youthful for any age group. He saw every Disney movie in theaters since the 1940s, introduced himself to every stranger as a space alien, wore costumes whenever he felt like it, and spent some of his last days in a hospital bed designing a spacesuit that could withstand temperatures on Mars. He jokingly told me many times that he had no intention of dying, that his brain would be transferred to a robot body and he would thereby be immortal.

Evoking a childlike wisdom, he observed the stress of the adult world and wondered why these grown-ups spent so much of their time upsetting themselves with pointless hooey. It’s not that children don’t understand, it’s that they haven’t been conditioned to self-destruct yet and can see the world more clearly than we can. Such was the case with Donald, who lived a full life but still seemed to have a lot more to do. But as he foreshadowed in the song “Hey Hey Hey”, “Space Alien Donald just shook his head, got back in his ship and away he fled.”

Must Be Funny is a testament to how much can be done with nothing more than imagination and honesty. Like Donald himself, the album somehow screams a message of “FUCK YOU” without being hateful. Its silliness is serious business. If you haven’t listened to it, please do so. If you have listened to it, please listen again. Donald was a magical being, and it’s incredibly important that he and his ideas be remembered through what he left behind. When I find myself succumbing to fear and conflict (which is far too often), I often return to this album so that he can guide me through these petty human emotions the way he used to in real life.

I hope that any listener takes from Must Be Funny what I took from seeing Donald perform for the first time. It was at the 2010 Real Coachella festival at The Trunk Space, the second time I had ever met him (the first time was also at The Trunk Space). As I watched this being be so unbelievably himself, and saw how little of a fuck he gave about what anyone thought of him, I thought to myself, “If he has the guts to do this, any of us can do anything.”

Read our original review of Must Be Funny by Space Alien Donald here.