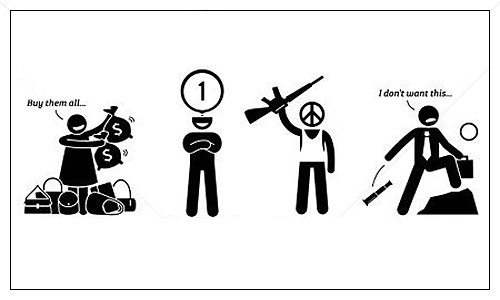 by Brandon Kellum
of American Standards

Starting a band can be a highly profitable venture that definitely will not consume your every waking hour… said no one ever. In my first Lessons Learned I started with touring. If you haven’t checked that out, go read it next. I figured with this one we’d take a step back and take a look at all the fun things you’ll find out when forming a band…

Drummers Are The Mythological Unicorns Of The Music Industry

You may have read about one once or saw them in a movie but drummers exist just about no where. When you do come across one they’re probably already in 4 or 5 bands or they’re just a frustrated guitarist trolling you on Craigslist. They’re never showing up to practice man. I’ve got to imagine this is because drums are arguably one of the most expensive instruments and honestly, what parent wants to listen to their kids bang on stuff all day? At least guitars have a volume knob.

Bassists Are Just Guitarists Minus The Confidence

I know some of you are probably yelling at your screens; “What about Flea from Red Hot Chili Peppers” or whatever other bassist you look up to. Sure, when playing more then the absolute minimum, bassists are great… but let’s be real. The guy you found started on guitar and just went with the flow when the band needed some low end.

Guitarists Doodle – It’s What They Do

Writing songs takes work, focus and communicating ideas. The space between playing songs is invaluable and can be the most productive time of practice… if it wasn’t for that annoying riff being played on loop. Why is it that every silence is filled with doodling to the point where you’re yelling ideas over the main riff for “Seven Nation Army”?

Don’t Call Me A Singer, I’m a “Vocalist”

The bar is set low for us “vocalists”. Nowadays we don’t even have to really sing. I mean in metal, they literally have to differentiate singing from “clean singing”. So just help carry some gear once in a blue moon and you’ll win the Vocalist of the Year award.

The most important thing that I’ve learned from forming a band is
talent will come and go but genuine friendships can last a lifetime. It doesn’t matter if you found someone that shreds if they’re unbearable to be around. If you’re in it for the long run, find someone that you don’t mind being in a van for hours on end with then learn and grow as musicians as you go.

Brandon Kellum is the vocalist for the band American Standards. American Standards release their new album “Anti-Melody” April 28th, 2017. You can celebrate the release with them at their show 4/28 at The Rebel Lounge. You can also preorder the album on iTunes, Amazon or Bandcamp!