Ditching the traditional recording studio, they decided to pay tribute to their musical heroes by recording the entire album over a 5 day period live on the streets, in the bars, and at the parks of Mexico City.

Amar y Vivir is a brilliant 12-song album that truly captures the essence of Mexico, important musical collaborations, as well as its band members and their love for music. The band states that, “The visual album is an exploration of the bands roots and counts with the collaboration of the iconic Mexican singer Eugenia Leon, Chilean star Mon Laferte and the legendary Mariachi America amongst others.”

Kicking off the release of their new album is a brief tour this coming May including stops in California, Texas, New Mexico, and Mexico. They will make their first stop however in Arizona at the beautiful Tempe Center for the Arts on Friday, April 14 at 7:30 PM. 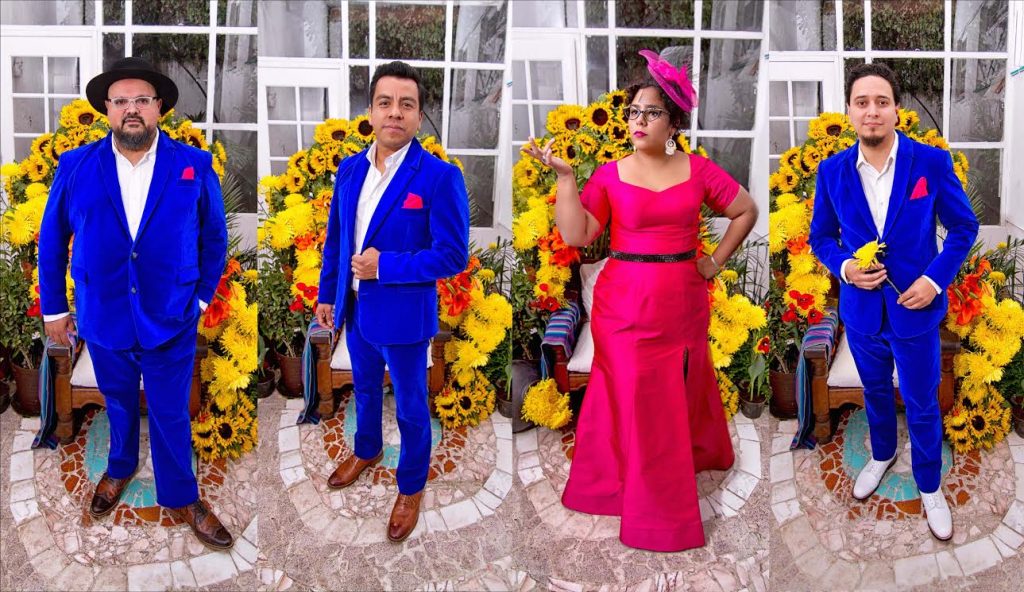 Featuring vocalist La Marisoul, accordionist/ requinto player Jose “Pepe” Carlos, bassist Alex Bendaña and percussionist Miguel “Oso” Ramirez and named after the patron saint of music, La Santa Cecilia seamlessly blend their Mexican and Latin influences with American Culture, creating a sound all their own and highlighting their tremendous pride and respect for Mexico and its culture.

Making powerful songs that are diverse, engaging, and vibrant showcasing captivating musical arrangements and commanding lyrics, this band understands the power and influence of music, not shying away from difficult topics such as immigration, migrant workers, environmental consciousness, and anti-violence. A beautiful example of this is their poignant rendition of “Strawberry Fields Forever”.

Their last album Buenaventura, showcased the band’s “gratitude for making music, traveling and performing throughout the world, and living a life filled with love and music” and went on to be nominated for a Latin Grammy in the Best Pop/Rock Album category. They also won a Grammy in 2014 in the “Best Latin Urban, Rock or Alternative” category for their full-length studio album Treinta Días.

Promising to be an unforgettable show, don’t miss an incredible evening with the talented band La Santa Cecilia this Friday, April 14 at Tempe Center for the Arts! Get your tickets here and check out a sneak peak of what to expect from La Santa Cecilia’s latest album Amar y Vivir and the creative process behind it with this recently released trailer below.

Tempe Center for the Arts is Located at 700 W. Rio Salado Parkway, Tempe 85251. All images are courtesy and copyright of La Santa Cecilia.