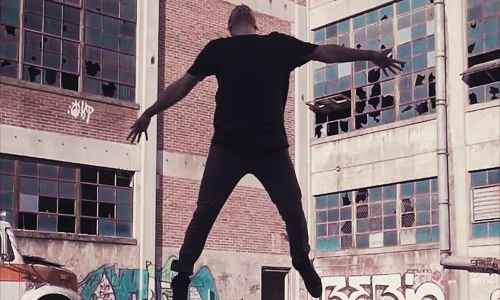 Lately I’ve been thinking to myself, “Gee Mark, what sort of hiphop-R&B-jazz artists really move you these days?” I actually didn’t have an answer. Luckily, we receive volumes of submissions and I was able to discover exactly what I set out to find. Check out these 7 brand new tracks I just can’t seem to stop playing…

“The Words” by the recently formed Northeastern crew, Bad Poetry Club, pretty much epitomizes what I love in hiphop: high quality flows, some serious melody (that sax!), and beatboxing. That’s right, “embossed beatbox aptitude” to be exact. I mean, who’s doing that these days?? Bad Poetry Club, that’s who. Featuring Michael Wilbur (Moon Hooch instrumentalist), Tonio Sagan (producer, lyricist, and grandson of astrophysicist Carl Sagan), Honeycomb (beatboxer, producer), and Sotorios (Political Animals frontman) Bad Poetry Club is basically a super group and “The Words” is their inaugural, must-listen debut. Shout-out to Garrett Sawyer for that fat bass line as well on this first single off their upcoming, eponymous, debut album. If you dig what you’re hearing you should also check out their brand new song “Look Up In The Sky.” But first, start with “The Words” below…

“Own Light (What Hearts Are For)”

The Minneapolis MC Brother Ali is back with his first studio album in five years, All The Beauty In This Whole Life, featuring the stellar first single and theme song off the new album “Own Light (What Hearts Are For)”. As Brother Ali states about “Own Light”, “Healthy hearts house the light that animates all that we are, and everything we do. The light in our hearts is what allows us to hear, heal and be whole.” Featuring production on the entire album by Atmosphere’s Anthony “Ant” Davis and dropping May 5 on Rhymesayers, I’m eagerly anticipating the release of All The Beauty In This Whole Life. Until then, be swept away with Brother Ali’s fantastic new single “Own Light” below and catch him at Club Red on May 19.

Smokey Joe & The Kid, two producers out of Bordeaux, France, have released a electroswing/hiphop classic with “Mister Nice Guy”. Utilizing multiple areas of production from MPC to live, “Mister Nice Guy” is straight fire and features the vocal stylings of MysDiggi, the London-based, world-touring MC. This track is MysDiggi essentially arguing that he is a nice guy despite the fact that he might get a little “savage on attack” when he hears the right kinda’ beat. We’ve all been there. This track has been on repeat for weeks now and I’m really digging what Smokey Joe & The Kid are putting out. Listen to “Mister Nice Guy” right now.

ARMORS’ latest single “Kerosene” starts with a West Coast drop before resolving into an acoustic intro that evolves into a stellar future bass rhythm. And that’s just the beginning. This Orange County pop band certainly blends heavy amounts of R&B into their music and “Kerosene” shines as the result. The unabashed modern truth of the hook, “If I don’t make it/I’m taking the world with Me/Swimming in kerosene/I’m taking everything” is so good it makes me hit repeat every damn time. The entire production is solid full of great verses, a highly repeatable pre-chorus/bridge, and a stellar breakdown of “slowly we disintegrate.” I highly recommend checking out “Kerosene” by ARMORS below.

“You Can’t Hold Me Down”

Mogli the Iceburg’s new single “You Can’t Hold Me Down” is a conscious car-banger and is already making waves in the hiphop conversation with its often unheard perspective of racial dynamics. As Mogli states: “Got grandpa that was German/Got grandpa that’s a Mexican/But don’t you say that round him/Get corrected, we American.” Having to constantly check your privilege and be mistaken for the wrong ethnicity certainly can’t be easy and Mogli the Iceburg deals with these realities and frustrations head on throughout the entire song. The third track off his new album Tumultu – which drops everywhere on April 14 – check out “You Can’t Hold Me Down” below.

Jazzy as fuck, flowers de moon’s new track “Scifi Pulp ’72” grooves from the very start. Then that hook drops and you’re like “Damn.” Then THAT SAX drops and you’re like “Oh no they didn’t.” Comprised of vocalist Olivia Price and producer Doug Fraley I’m definitely digging what these Pittsburgh cats are bringing. Self-described as combining “poetic and mesmerizing vocals with trippy electronic melodies to create a unique sound that is intricate and technical without losing any emotional edge” I simply couldn’t have written it better myself so I didn’t. Listen to “Scifi Pulp ’72” by flowers de moon below. Props to Kevin Vose on the sax as well!

Chris Anderson and Jordan Robertson comprise AhLWYS, an experimental hiphop/R&B collective based out of New Orleans. “up2U” is a kick-back track, perfect for both late Friday nights and early Sunday mornings. Although it may be tagged with an agreeable “R&B & Soul”, I certainly hear some of the current “*wave” effects within their music and I like it. With extensive backgrounds in studying and performing jazz music you can certainly hear that influence in their arrangement of “up2U”. Featuring guitar by Freddy Banker, give a listen to “up2U” by AhLWYS below.