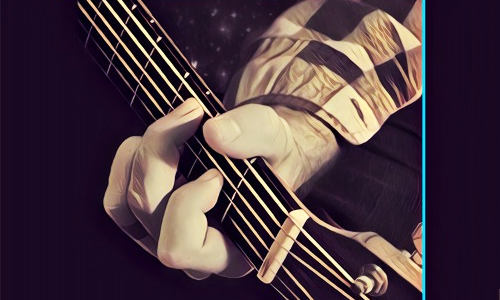 I like my folk music tall, brooding, and murderous which, thankfully, is waaay different from how I like my men. Well, all except the tall part, I guess.  Old Nobodaddy sounds like his roots run deep, down into the sludgy wetland woods of Louisiana, but it’s New Orleans he currently calls home. “Bury the Hatchet” offers listeners back-porch gospel subtly refined so as not to lose that salt-of-the-earth feel. This is gospel for the for the soulless and god-fearing alike. Give “Bury the Hatchet” from Old Nobodaddy a spin below…

All you music fans who prefer your Americana mellow and bluesy, make sure you check out Ola Sweet. This Boise quartet has a retro rock vibe that calls to mind 70s dad-‘staches and snap-down shirts. And, I mean that in the best way possible. Ola Sweet isn’t just another Band of Horses/Black Keys revivalist act. There’s something earthy and authentic that comes through in their sound on “Strange Lately” that has me hooked. Take the single for a spin below…

Jessica Frech comes to us from the indie-folk side of the spectrum with her new single “Already Won”. The song possesses an effervescence in its sound that will lift your spirits as the lyrics empower you to face the challenges of your everyday. Frech has a lissome voice that lends itself well to the uplifting charge of “Already Won”. This artist has already developed a bit of a following for her quirky folk-pop but you’ll hear a more serious, but never sullen, sound on this new single. Give “Already Won” a listen below…

The SoCal songwriter has a straight-from-the-heartland sound that could easily be at home in Nashville or Amarillo, but it’s Los Angeles where John Timothy resides. Timothy’s alt-country style has a rusted edge that adds to the authenticity of his sound. This song “was recorded in conjunction with ‘Words Uncaged’, a graduate class that worked with inmates on Life Without Parole at Lancaster State Penitentiary,” so maybe that authenticity is also derived from the narrative recounted in the lyrics. Whatever the case may be, “The Longest Line (Daniel)” by John Timothy is a powerful number that will continue to resonate long after you listen.

Songwriter and self-proclaimed time traveler, Johnny Stimson, will take you from anguish to acceptance on his new single, “I’ll Be Fine”. Stimson’s emotive voice drives this pop-infused indie-folk single with its heart-wrenching realness. The track is stripped down to just the vocalist and his guitar, but it suits the self-revealing lyricism quite nicely. Check out “I’ll Be Fine” by Johnny Stimson below, and if you like what you’re hearing, delve further into the online musical offerings of this Dallas artist here.

For those of you who feel you might have been born in the wrong era and would have been better suited to prancing through fields with the Flower Children of the 1960s, we have the band for you. The Solars from Boston (MA) craft a folk rock sound chalk full of nostalgic for the days of Jefferson Airplane and Jethro Tull (organs included). Their meandering single “Potter’s Field/Dockery” is a dynamic journey of sound and sight; of rich harmonies and oscillating energy. Hit play below to take the trip that is “Potter’s Field/Dockery” with The Solars.

For those of us in Arizona (where we’re based), the “Four Corners” refers to the northeast region of our state and its surrounding areas that all meet in an intersecting, four-corner border. In the case of The Four Corners of Quartet, however, the moniker refers instead to the Four Corners of the Globe from whence the participating musicians originated: Jordan, the United States, Palestine, and the United Kingdom. The quartet is not just a meeting point for people of different cultural backgrounds, but a merging place for various musical traditions, including middle-eastern, jazz, western classical, and American-folk. Sink into the orchestral folk of The Four Corners Quartet and their song, “I’ve Just Seen the Rock of Ages”.