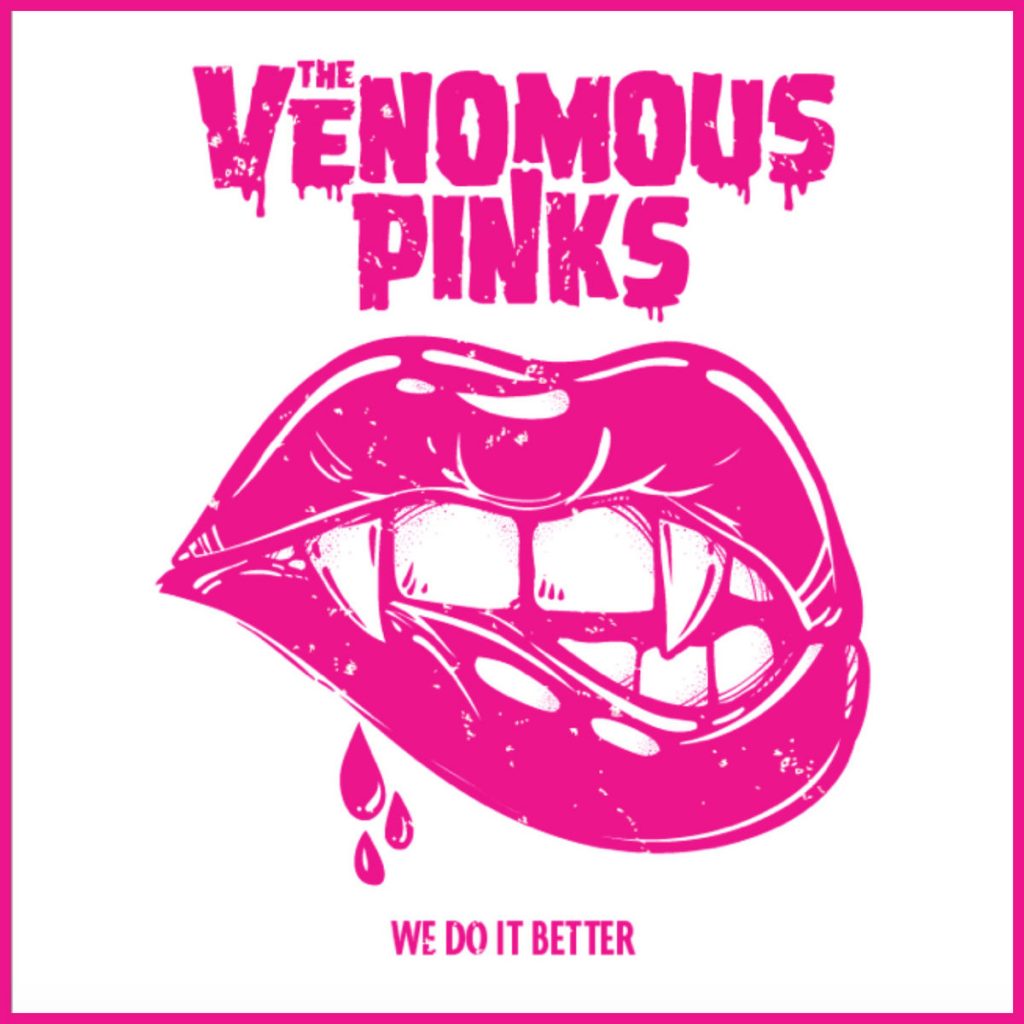 The Venomous Pinks are back with their SquidHat Records’ debut, We Do It Better, and they’re kicking more ass than ever before.

Their third proper EP after 2014’s PinkMeat 7″ Split w/ Swapmeat, We Do It Better ramps up the songwriting of their previous effort Exes & Whoas!, and kicks up the energy too.

The title track opens the record with a feisty attitude and a “You’re never bringing us down, man” chorus. One of my fav lines of the whole EP is at the very beginning of the song with Drea Doll screaming, “They tell you all your life/You gotta be a little wife – FUCK THAT!/I’m telling you now, I got that punk sound/ain’t nothing bring me down!”

“Nightmare” begins with Gaby Kaos’ bass guitar and Jukie’s floor tom rumble which leads into matching guitar chugging and a break into a wicked Corrie Zazzera intro guitar solo before becoming a classic punk rock song. The backups throughout this song are what make it happen for me and I can certainly hear the band’s Joan Jett influence as well.

If you didn’t know the title of the song, “Pizza Slice”, you might honestly think it was condemnation of damning proportions. However, once the secret is revealed, it becomes a pretty humorous hardcore song.

“Mantis” is probably the fastest song on the record and throws out a big “FUCK YOU” to all the people who would do each other wrong. I enjoy the quick, 5-second ska-breakdown in the middle, but I’m a sucker for that sound.

Album closer, “Radar”, just sounds like one of those classic “closing album” songs right off the bat. You know the ones, even if you’re hearing the album for the first time and don’t have the tracklist in front of you, you know it’s the end of the road. The line “It’s time to say goodbye” certainly helps lock that in that sense of drawing a conclusion.

Released to a packed house at the Yucca Tap Room on St. Patrick’s Day, check out We Do It Better by The Venomous Pinks below…