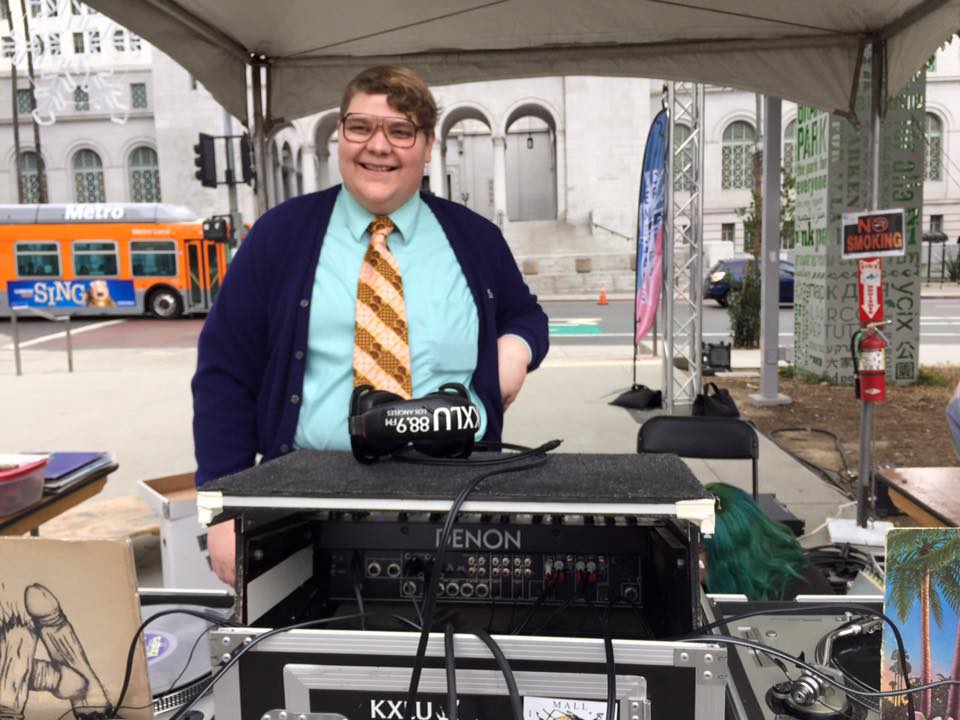 Captain Ahab Is one of my favorite bands to come out of the post-9/11 art punk scene of the early 2000’s and features my friend Jonathan Snipes who later went on to form the Hip-Hop group “clipping”.

James Kochalka is one of my most influential artists of all time. I feel really lucky to have discovered his music at such a young age and have it shape me and my own song writing abilities. This is from his last full length album which is called “Beautiful Man” and was released on Related Records.

Tempe has always had a very tight-knit, fluid and “cool” music scene. Always changing depending on what’s the most current hip trend for college aged kids. I have never really been a “part” of this scene but have always appreciated and observed it for as long as I’ve been going to shows (almost 20 years now jeez!) and my favorite time musically was between 2005-2009 which is when all these brilliant experimental/folk/minimal-noise acts started forming (French Quarter, Foot Ox, Tent City, My Feral Kin, Businessman’s Lunch…etc.) But the artist who I feel made the biggest impact on me and definitely went the most underappreciated of them all was Splinter Cake. This song is one of his more straight forward/user friendly songs but if you dig into his catalog (if you are lucky enough to find it now that is) you’ll find such a prolific and brilliant scope of music and all of it is inspiring

For about 8-12 years Drew Danburry was one of the busiest and hardest working artists in the underground music scene. He is another artist who has a huge catalog of brilliant music but it’s mostly centered on pop. I put out a 3-cassette album for a new project of his last year called “The Funny Uncles” but this is my favorite song of his and I feel like everyone can enjoy it.

I booked a show for this band back in 2009. They played the Trunk Space with a couple of other punk bands, everyone played an okay set and barely anyone came. They were selling CD-R’s and had a few DIY packaged LP’s that they sold for cheap. It’s scenario I’ve seen and experienced SO MANY TIMES but there album “I Use To Believe In The West” is honestly one of the most played records I own. It’s just so good.

This group I actually don’t know that much about. My friend B.C. Sterrett burned me a CD-R of this album of theirs because he was excited about it and he supplied some of the samples they use from his massive (and bizarre) record collection. But I love it and whenever someone asks me for a suggestion on something new to listen to I always suggest this group.

It was really hard to narrow it down to one Q+P song. But I think this is the best example of their music and one of my favorite songs.

Realicide is another brilliant and underappreciated post-9/11 art punk band from the early-mid 2000’s. Their music is very brutal, very raw and often terrifying. This is one of my favorite songs they have written about scene politics because I can definitely relate to feeling like a misfit in a room full of misfits.

Similar story to Songs for Moms I booked these guys in 2013 with some other punk bands, everyone was alright, barely anyone came, and they just had a couple cassette tapes for sale for cheap. This is from their album “Depression” which is easily the most played cassette tape I own. It’s just so fucking real and fun and simple, and this song in particular is catchy as hell.

And as always, here’s Ryan performing with his band Fathers Day!