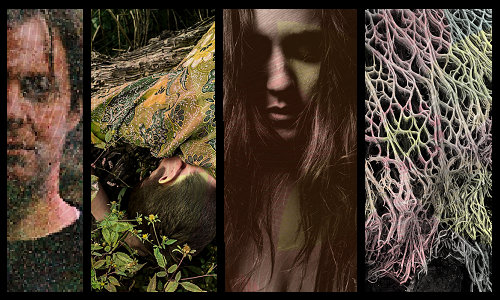 Hey Melbourne, I think someone needs to hug Daniel Trakell. Or maybe several someones. “Paradise” is the most beautifully depressing, elusively suicidal thing I’ve heard since Elliott Smith’s posthumously released New Moon – I can’t stop listening and it breaks my heart every single time I hear it. There is a sublime peace at the core of “Paradise” that is carried in Trakell’s voice. The artist sought a “deliberately funereal feel” and I guess it was a success. I want this song played at my funeral. The complete EP, which shares its name with this single, comes out on March 24th. Before that happens, listen to “Paradise” below so you can share in the anticipation.

The Portland indie act known as Candy Cigarettes released this single earlier this year and I’ve amassed quite a few listens since then. “Stockholm” kicks of with an indie-folk sound before moving into more dream pop terrain and back again. The song presents a strange sense of isolation or, maybe not so strange, considering Candy Cigarettes is the solo effort of singer-songwriter, multi-instrumentalist, and producer, Lane Mueller. As you move through “Stockholm” it will probably surprise you when you remember that this track is the creation of only one artist. This song isn’t quite as brooding as others, but it is no less meditative. Check out “Stockholm” from Candy Cigarettes below…

Willetta released a collection songs earlier this month, and if you haven’t already taken a swim through the cool, murky waters of Frisson, you should. “Books”, the middle child of this three-track, proved my favorite, and for more than just the personal obvious affinity for its title and narrative. On this single, Anna shares both a gravitas weight and gossamer lightness which her voice is capable of in full splendor. Implementing both aspects helps give to shape the emotionally complex soundscapes that define Willetta’s drone-folk sound. This song, like others from Willetta, present more of a thinkpiece rather than a traditional “single” so plan on repeat listens. Sink into “Books” below and then check out Frisson (available here).

I don’t know what I found most compelling about this new single from Ontario’s Timid, the Brave: the understated beauty of the music or the emotional depth of the lyrics. Tim Selles, the musician behind Timid, the Brave, wrote the song “Alice” after his grandmother passed away. According to the artist, “Alice” is “a song about love and life and death, and finding a way to fight through the varying levels of devastation that we all experience.” That seems like a hefty order to fill, but Timid, the Brave does just that with such grace you won’t even notice the sorrow that’s carved out a chink in your chest. At least, not immediately. This track comes to us from the album Firesale which Timid, the Brave released on Feb. 24th through Other Songs, an independent label based out of Ontario.

L.A. lass Jesse Jo Stark might be a relative newcomer on the scene, but she’s been locking down new fans fast with her single, “Driftwood”. Stark’s voice clambers from brooding depths to uplifting heights with the easy grace of a mountain goat. There is something earthy and authentic that one might not expect from the likes of a longtime La La Land resident. Rather than going for the glitz, Stark keeps it simple and honest as she delves the seemingly aimless intentions of love. Stark co-wrote “Driftwood” with Jonathan Rice who you might know from his work with Jenny Lewis. Rice also produced the single. I’m certainly hoping this song only marks the beginning for Jesse Jo Stark and more tracks follow soon. Until then, give “Driftwood” a spin below…

This indie-rock duo from the Ukraine crafts out a dreamy but melancholy sound on “I Can Feel You”. The instrumentation on this single has an ethereal air that is met with muted vocals. Nothing grating or jarring will abscond your sense of inner peace as you float on the gentle waters of “I Can Feel You”. This single comes to us from The Elephants’ 10-track LP, Colors, which is available here. Give “I Can Feel You” a spin below and  follow up the full release.

We dig the roots rock music of Skin & Bones and first featured them back in November last year. And now, the Cali-duo is back with a new number. “Lightless Star” still has that blues-rock feel that drives the band’s sound, but this single is a little more mellow and a little more passionate. I guess one should expect as much from a song somewhat inspired by the poem “For the Anniversary of My Death” by W.S. Merwin [see here]. Give “Lightless Star” a listen below…