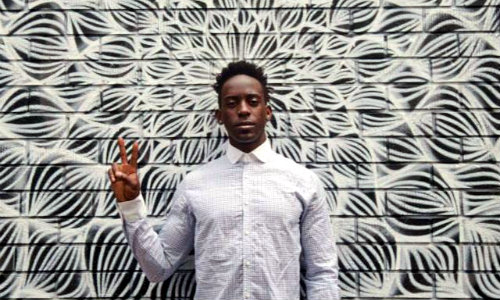 Boston’s Lucky Dice just dropped his debut LP, M.O.S.A. (Memoirs of a Starving Artist), last week and this chill number comes to us from that release. “Memoirs” sets a vintage soul vibe with its kickback beat (compliments of Berdz) as Lucky Dice lays out contemplative lyrics. Check “Memoirs” from Lucky Dice below and then head here to get your own digi-download of M.O.S.A. (Memoirs of a Starving Artist).

The L.A.-based emcee maintains a steady lyrical spit on “Coast” that will bring you current on the the artist’s life and inner workings. Pwest applies an indie slant to his brand of hip hop that reminds me of the Anticon crew from a bit further up the coast. I really don’t know what I like more on this single: the subtle strength of Pwest’s lyrics or the thoughtful lack of unnecessary adornment. “Coast” is a stripped-down single, but that makes it no less compelling. Check out “Coast” by Pwest below…

“Each Day I Rise”

Phoenix’s Big Limn teamed up with the beatmaker out of Tampa known as Starlawd. The result? Third Eye Society: a fourteen-track album of fresh takes including this stellar single. Nimble rhymes ride old school beats on “Each Day I Rise” with a little added horn flavor. Seriously, Big Limn’s rhyme style is straight maniacal with how quickly he can spit out a phrase. Give “Each Day I Rise” a spin below and then head here for the complete LP from Big Limn and StarLawd.

Ever wonder what it might be like for a black kid growing up in a predominantly white community? Like Australia? Davey shares his experience with just that on his new single, “White Kids”. Now, white people, please don’t go into this song thinking that you’re suddenly going to be totally woke by the end of “White Kids” and embarrass everyone else. Davey is only offering his own personal narrative here, but he does so in silver-tongue style against a minimal urban beat. Give the single a spin below…

This pretty slick collaborative effort comes to us from UK producer Vidorra and US rapper Young Twaun. “No Rolex” takes the best of both worlds and smashes it together. You get the vigor of Young Twaun’s rhyme style set against the distinctively different soundscape of Vidorra. The DJ, producer, and multi-instrumentalist from Birmingham might only be 17 years old, but he’s doing some interesting things in the texturing on this track that other producers would be wise to give the once over.

This new single comes to us from Treezy’s latest album, Phoenix. But all you Phoenicians should hang on for a sec, Treezy is actually from Seattle by way of Louisiana. On “Burnout”, Treezy’s rhyme style is both slinky and slightly aggressive at the same time. He holds to the beat, which is stripped-down, but solid, and proves you don’t need a lot to do a lot. Listen to “Burnout” from Treezy and then head here for the complete Phoenix experience.

Kansas City musician Jackson Alexander has a unique approach to HipHop or, excuse me, “Folk Hop”. Alexander takes his own unique rhyme style and applies it to some Heartland folk. You know, kind of like Rap-Rock, but a little earthier and, hopefully, a whole lot cooler in its connotation. Either way, “Rolling Stone” by Jackson Alexander pushes those traditional genre boundaries and that’s something we can always get behind. Check out the single below….