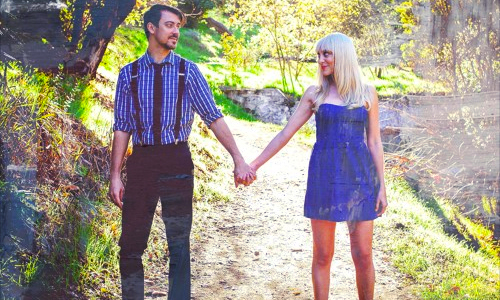 Old Star comes out swinging on their debut single, “Out Here Alone”. Seriously, this indie-folk number will kick you in the heart, but it does so with such beauty that you’ll want to go through the ache all over again as soon as the song ends. “Out Here Alone” erects a solitary atmosphere around the listener that feels a bit windswept and desolate, but there’s a warmth there too. Check out “Out Here Alone” from Phoenix’s Old Star below. Let’s hope there are more tracks to follow…

“Some Bunny Gun Love Me”

This came across my desk labeled “Oklahoma City based country vapor wave-blues music” – so I was definitely interested. “Some Bunny Gun Love Me” might leave you feeling a little forlorn but that doesn’t mean you won’t be hitting that play button again and again. On this new single from Bad Dad, bourbon smooth vocals hover over dreamy Americana tinged with just the right amount of loneliness thrown in for authenticity’s sake. Give “Some Bunny Gun Love Me” a listen below…

“Where is Your Heart”

This duo might have the polish you’d expect of a Los Angeles-based band while holding to an earnest sound that one might expect to hear at a county fair in North Carolina or maybe Virginia (their home state). The Fair Wells craft a simple, sweet-tempered sound on “Where is Your Heart” that will hit you right in the sentimental side. Spirited harmonies meet earthy folk as The Fair Wells  pose the question, “Where is Your Heart”? This single comes to us from the band’s debut EP, Hurricanes, which is available for preview or purchase here. But, first, give “Where is Your Heart” a listen below…

The single comes to us all the way from Australia. Yes, what we would term “Americana” is considered just a good ol’fashioned Australian Bush Ballad down under. Folk knows no boundaries, geographic or otherwise, I suppose. Jordan Merrick’s “Untitled #1” sounds straight from the American Heartland from the anguished vocals to the rustic guitar. After you give the single a spin, it won’t surprise you learn that Merrick drew inspiration from Dylan’s Blood on the Tracks. Both Merrick and Dylan share an unadorned candor in their music that I love. Check out “Untitled #1” by Jordan Merrick below…

This Tucson folk-pop duo dropped their new LP, Yearbook, earlier this month. Ryanhood is the combined effort of Ryan Green and Cameron Hood. Together, the pair create indie folk with a bit of bounce, but don’t let the feel-good attitude in the music distract you from the seriously dexterous guitarwork on the album. “Alright Tonight” is the opening track from Yearbook and offers listeners a sampling of what’s in store as they progress through all nine songs. Give the single a spin below and, if you dig the Ryanhood brand of folk, delve into Yearbook here .

This Nashville 3-Piece puts a country spin on folk-rock with “I Want Us”. Now, if I’m being totally honest here, I’m not particularly partial to Contemporary Country as a style in either music or fashion, but I find myself quite taken with all the syrupy feelings in “I Want Us”. The Roads Below managed to unearth the squishy center of my black punk heart. This is the first single from the band, but I’m hoping that more will follow. Check out “I Want Us” from The Roads Below, uh, below…

“Between Your Heart and Mine”

Sometimes it’s good to get in touch with your inner innocence. I bet even the most cynical of you out there harbors a little lost love for Mayberry (or maybe this generation is more Stars Hollow). “Between Your Heart and Mine” will bring you back to a time when love was earnest, the streets unlittered, and life seemed a little less complicated. Coppenger comes to us from Nashville by way of Pensacola, FL and you can give his single a spin below. To hear the album from whence this track came, head here.