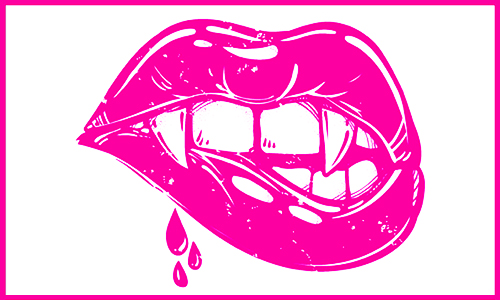 This garage rock number combines elements of blues and psych for a gritty sound that will stay with you long after you listen. “Mary Efalump” has the energy of a barroom brawl and a bit of a bad attitude – both of which serve to make the track just that much cooler. Don’t let the mellow intro lull you into thinking otherwise. This quintet out of Redditch (UK) recorded this single in a kitchen which so suits the raw power of “Mary Efalump”. Take the new single from Byron Hare for a spin below…

Well, hell yeah. Beach Riot doesn’t hold back on their new single, “B.A.D.” Right out the gate, the band starts hitting hard with its fuzzy alt-rock sound. Heavy guitars pair well with the restrained vocals. This London quartet sure knows how to pack a punch and apparently the aggression doesn’t stop with the rocknroll (see Twitter for proof). But you need the rowdy to make a Riot, right? Check out “B.A.D.” from Beach Riot below…

The feisty Tempe 4-piece known as The Venomous Pinks are gearing up to unleash a new EP through SquidHat Records out of Las Vegas. In prelude to that release, the Pinks offered up the single “Radar” – the closing track from the forthcoming EP, We Do It Better. These rowdy rockers have become a staple of the local punk scene so we’re always stoked to hear about a new album on the horizon. And this one looms ever-closer as that March 17th release date draws near. Head here to lock down that pre-order of We Do It Better from The Venomous Pinks. But, first, you can check out “Radar” below…

I suppose I’ll listen to band that describes itself as, “Bruce Springsteen on cocaine after a few drags off a helium balloon.”  Their latest single, “Heart of Darkness”, certainly has a high energy charge, but my first thought wasn’t exactly Springsteen on cocaine. This NJ/Brooklyn band has all that raucous rocknroll energy mixed in with some of that NYsCene club-cool fuzz. Ruby Bones have a very modern indie rock sensibility that could easily carry the band to radio popularity. Check out “Heart of Darkness” by Ruby Bones below or head here for your own copy of the single so you can someday say you liked the band since that very first single (#streetcred).

If you miss those 90s grrrl rock singers like Juliana Hatfield or (early) Liz Phair, then you should definitely check out Telempathy. The singer-songwriter from Buffalo pairs brash guitars and lithe vocals for a spunky yet stripped-down sound. “Dream Life” is the second single from Telepathy’s debut release, Temple of Music, which is available through Soundcloud here. But, first, give “Dream Life” a listen below…

Few bands can nail brooding quite like Iress (formerly Iris). Chunky guitars and intentionally dispassionate vocals meet and merge on the band’s single, “Crown of Losers”, to create a melancholy atmosphere perfectly suited for all your inner angst. Formed near L.A. in 2010, Iress has been making their rounds on the city’s circuit and this year they’re planning on releasing their second EP. If you don’t yet know Iress, here’s your chance. Give “Crown of Losers” a spin below…

The Jesus Ponies out of Tempe are gearing up for their debut release later this month and they released the single “Kar Krash” as a little taste of what’s to come. I must admit, the band has a pretty heavy sound for an album that’s titled Conditional Love Casino. The Jesus Ponies create an aggressive alt-rock that explores the borderlands near (without ever actually going full-on) metal. At least, not in this track. Give “Kar Krash” by The Jesus Ponies a listen below and then head here to secure that pre-order of the complete LP. The album will be available on translucent blue and black splattered vinyl, but only in limited quantities so get a’moving.