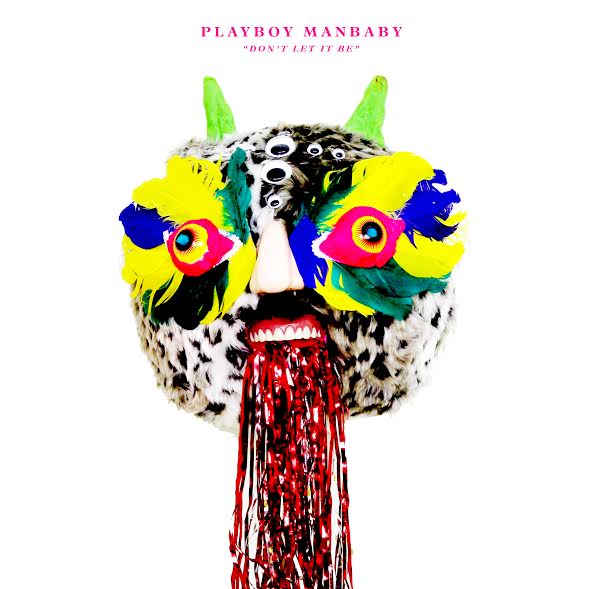 So, I’ve been a Playboy Manbaby fan since the band’s inception or, at least, since their very first show. And, as I’ve stated before, they keep getting better with every single album they put out (which is really saying something considering the band has been consistently putting out music since 2012).

I’m not bragging when I claim to have loved the Manbabies since they were Babybabies. I’m just trying to qualify the following statement: their new album really is their best album ever, hands down.

Playboy Manbaby will release Don’t Let it Be this coming weekend at The Trunk Space in downtown Phoenix. This much-anticipated follow-up to 2014’s Electric Babyman contains 11 feisty tracks that mark real growth for the band, musically speaking.

The songs on Don’t Let it Be are refined in a way we haven’t heard before from the punk-funk outfit. They go beyond the raw explosiveness of earlier releases to carefully constructed songcraft. And they do so without sacrificing that savage emotional force that made them a crowd favorite early on.

Don’t Let it Be kicks of with “You Can Be a Fascist Too” – the first single off the album which was released just in time for that inauspicious inauguration. Then the second track, “Last Man Standing”, highlights the band’s horns section – David Cosme (trumpet) and Ricky Smash (sax and we know that’s not your real name) – before “Bored Broke & Sober” takes over. “Cadillac Car” is already to be a crowd favorite and is in contention for personal favorite from the album along with the apocalyptic “I’m So Affluent” and the super rambunctious number, “White Jesus”.

The album bears the mark of maturation, not just in the lyrics, but in the instrumentation as well. The orchestration is thoughtful, impeccably timed, and, well, rowdy as fuck.

Robbie Pfeffer, lyricist and vocalist, has a reputation for being a blitzkrieg onstage. Offstage, however, he’s the guy that will pet your dog and ask about your mother. Rather than suggesting that these are two separate and oppositional expressions, I’m putting forth the argument that Pfeffer is the quintessential example of the much-maligned millennial. He’s the meta-millenial. Kind-hearted, community-focused, and facing a world that keeps threatening collapse with a can-do attitude. The existential angst runs high in these young ones, but that’s not going to stop them from cold-crushing outdated conventions with their dad-staches and second hand clothes. They were born to rage against the dying of the light. That mixture of humor and personal fortitude comes through in the lyrics on this album in high shine.

If you go in for the riled-up cross-genre style of music Playboy Manbaby has become known for over the years, Don’t Let It Be might be you’re favorite album this year. You’ll laugh. You’ll dance. You might call your boss and quit your job so it might be best to hide your phone before smashing that play button. This album has that fury in equal measure to that signature Playboy Manbaby humor.

In keeping with the “For the Record” tradition, I had the chance to ask Robbie Pfeffer some questions about the album, the impending release show, and what’s next for Playboy Manbaby.

YabYum: Let’s start with all the details. Where did you record the album? Who helped out?

Robbie Pfeffer: We recorded with Eamon Ford at his old house, then at Chad[Dennis, the drummer]’s house, then at his new house. Lots of different houses. A ton of people have offered me great feedback on this album and helped it become what it is. Also we’re really stoked to have Lolipop and Dirty Water Records help make it a tangible thing!

So, what’s with the title? Do you bear some Beatles’ ill will?

I think it fits the album pretty well, it kind of sets the tone that this is not going to be a “chill” experience.

With previous releases, the tracks seem a bit more of a cathartic drive. That energy is still very much present on the new album, but it seems like there’s more of a focus on songcraft, both lyrically and instrumentally. Has PBMB shifted their approach to songwriting? Or is this just the natural effects of the maturation that evolves from playing together for several years?

Ever since this band formed we always heard that we are band that doesn’t translate well past the live setting. So we really wanted to make a record that stands on it’s own even if you’ve never seen us. That’s the goal, at least.

On a personal writing level I’m not trying to hide the meaning of what we’re talking about in any way any more. I want to take the most direct path to the point I can find. I really don’t want subjectivity anymore, I want specific meaning. That might change in the future, but for now, that’s how I’m approaching writing. 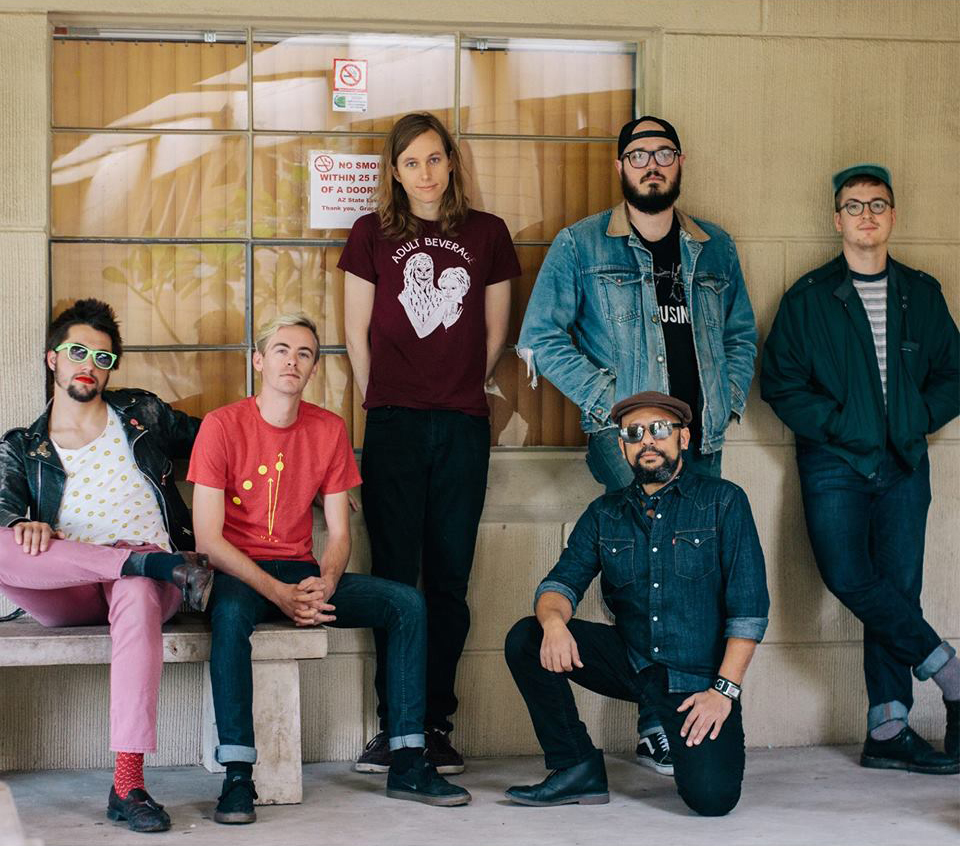 One of the things I like most about PBMB is the band’s ability to tap into the current cultural malaise and channel that angst into some sort of purifying flurry. As the principal songwriter for PBMB, would you say that’s an unintended consequence? Or is there some underlying philosophy at work here?

I’m an anxious dude and I try to stay alert to the societal changes around me. Music has been a way for me to work that out without drowning in my own existential dread. Also, I know I’m not the only person who questions what it means to be a person and the dynamics of power that exist in this hyper-active world we live in so if people can know that it freaks me out too, but I’m still trying my best, maybe that’ll be comforting to some people. Really I just want everybody to treat everyone else with a little more empathy and kindness.

It seems like you’re a real nice guy (irl) so my guess is that you just have a real low bullshit tolerance level to manifest the sort of aggression we see onstage. Is there a line for you between the performative persona and the other guy? Or is Playboy Manbaby the place to purge all that aggression so you’re not punching people in the throat? The people want to know.

That’s very kind of you! I really disdain violence of any kind. My hope is that when people are dancing at shows they can respect everyone around them and make sure that while they’re having a good time they’re not ruining anyone else’s good time. Generally people have been really great about this, but in the few instances where it’s gotten out of hand we have no issue stopping a show to make sure everyone gets to enjoy a safe, inclusive environment.

We’re a band of nerds and outcasts and we’re not about to be a platform for macho dudes to beat up on vulnerable people trying to have a good time. If anyone feels uncomfortable at our show for any reason please contact any of us and we will address it immediately without question.

The release show happens this coming weekend and the lineup is pretty stellar. Want to tell the people of the internet what they can expect by way of lineup and location?

I’m super excited about this line-up. We ran into the Thin Bloods dudes on NYE and were excited to hear after they’ve all been scattered across the country and busy with other stuff they happen to be back in Phoenix. We’ve shared a ton of great memories playing with them and they’re one of my all-time favorite bands so that’s fantastic news. Also, super stoked on The Darts, Genre, and Andy Warpigs. All great musicians and great people who bring rad stuff to the community.

What’s next for Playboy Manbaby? Touring? Videos? Sit back and relax for a while as reward for a job well done?

Hopefully, all of the above. We took way too damn long on this record and I never wanna take that long again. We’ve got like 10 new songs that we haven’t recorded and we just wanna make as much art as we can until we collapse.

Do not miss the Playboy Manbaby Album Release /// Thin Bloods Reunion show happening Saturday, February 25 at the Trunk Space or you will be so sorry.