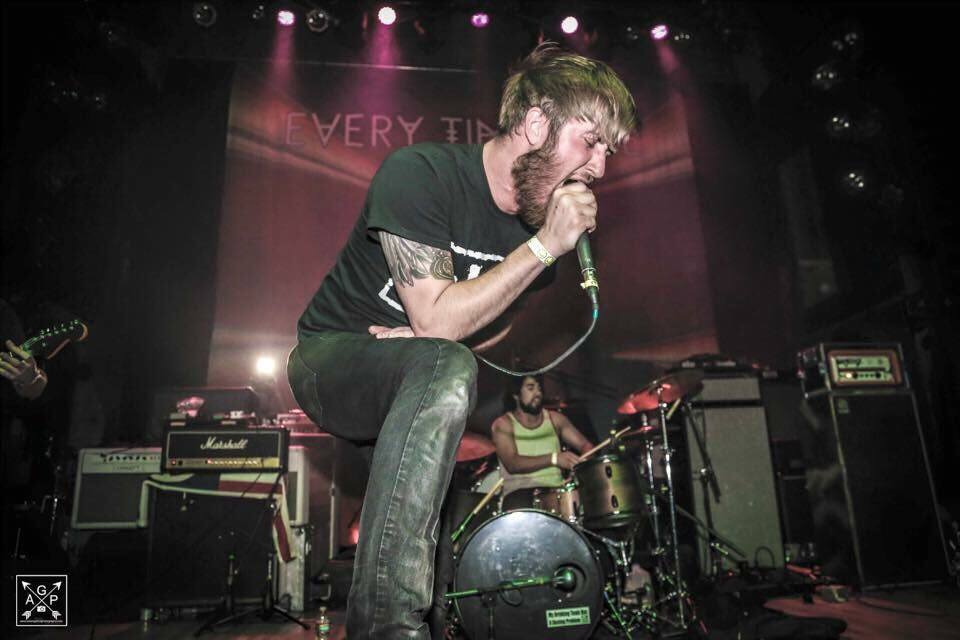 All photos courtesy of Brandon Kellum

You don’t have to know him personally either. Just follow him or his band, American Standards, on social media and you’ll see what I mean. His band’s music however, is no laughing matter.

Nope, no Flight of the Conchords folk or The Lonely Island hiphop here. American Standards is as raw and brutal as it gets. And you know what? If you don’t like it, you can simply move along. They’re not here to make nice and maybe that’s why they’ve amassed such a following.

I’ve been following the band long enough to know that something was a-brewing in the Standards’ camp so I reached out to lead vocalist, Brandon Kellum, with some questions and he graciously took the time to answer them. Read below to find out about the new American Standards album, what’s coming up for the band, and of course, some handy-dandy beard grooming tips. 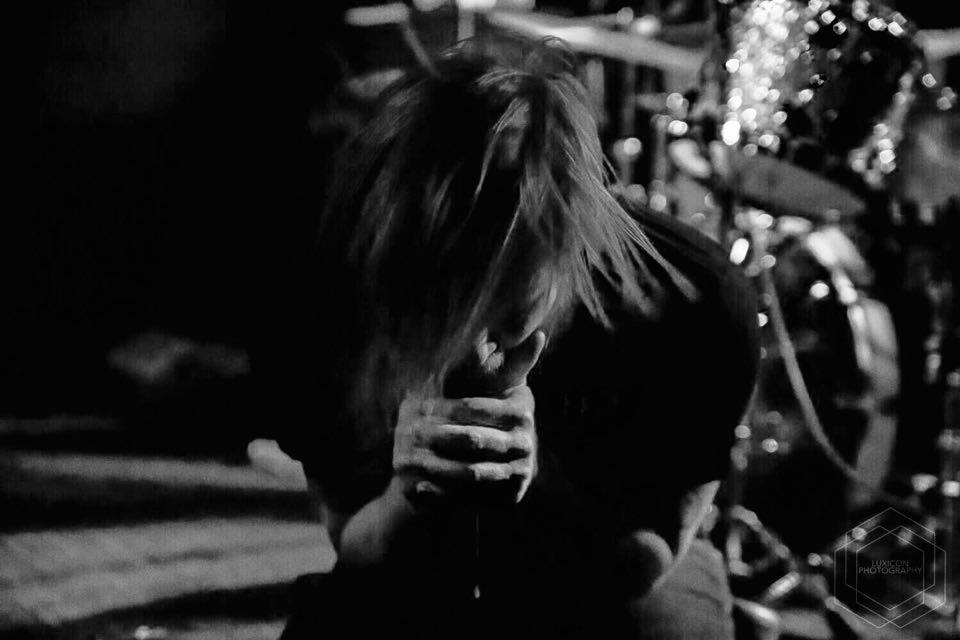 YabYum: How long have you lived in Arizona?

Brandon Kellum: 271,000 hours. Give or take a few hundred depending on when you post this.

When and how did you first get involved with the Arizona music scene? Do you play any instruments as well? I thought I saw an old pic of you playing guitar…

In 2001 my father bought me a Fender starter kit for Christmas. I wanted nothing to do with the thing- I wanted the spotlight that went along with being the singer of a rock band. Although I had a passion for writing lyrics, I soon found out my vocal abilities at the time were lacking, to say the least.

I picked the guitar back up around 2002 and started my first band playing a mix of originals and Deftones covers at places like the Mason Jar. I was immediately hooked and dove deeper into recording, touring and booking bands – cutting my teeth at places like The Trunk Space, Modified Arts and The Phix. It’s almost ironic that over 15 years later I’m answering this as the vocalist of a band.

When it comes to American Standards’ songs is there a principle songwriter or do you guys all collaborate to form new songs? Maybe some of both?

We mostly pray to the gods of post-hardcore’s past then sit around drinking beers till they answer. It’s been quiet for a couple years.

I swear I saw something about a new AS album coming out… I’m just gonna assume something’s coming out because it’s been a few years since Hungry Hands dropped. Where and when did you record the new record or are you still recording it?

It’s been a few too many years since we’ve released new songs, if you ask me. American Standards recorded our new album around June of 2016. It’ll be called Anti-Melody and it’s being released April 15th with a release show at Pub Rock Live. Eight tracks with a run time around 25 minutes. Builds a lot on the media satire, materialism, and other sociopolitical themes that I think American Standards have become known for but it also has a much more personal story than possibly past releases. With the passing of our founding guitarist Cody Conrad, my grandparents, and father all in close proximity- what was once about the growing divide in our society became more intimate and now includes themes of loss and separation at an individual level.

General thought is that a melody is a sequence of notes that come together to make a satisfying sound. Going back to the theme of the album, the content is heavily influence by what pulls us apart.

We tracked everything at Kingsize Soundlabs in Los Angeles (The Mars Volta, Bad Religion, Letlive) with Andy Marshall. There was a bit of a hang up in the mixing and mastering, but I’m real excited to say that it will be out in April. We’ll also have a couple singles with videos released prior to that.

Is the personnel the same as your previous albums?

At this point I think it’s safe to say that American Standards has become a collective of artists with similar passions contributing their talents for a couple years at a time… or until they find out we aren’t going to be playing the next Super Bowl Half Time Show (SPOILER ALERT).

Both Corey (guitar) and I have been here since the beginning but we’ve had quite a few drummers and bassists rotate out. The line up we’ve had for the past year is The Monstars of hardcore. If I know anything about Space Jam… The Monstars always win. 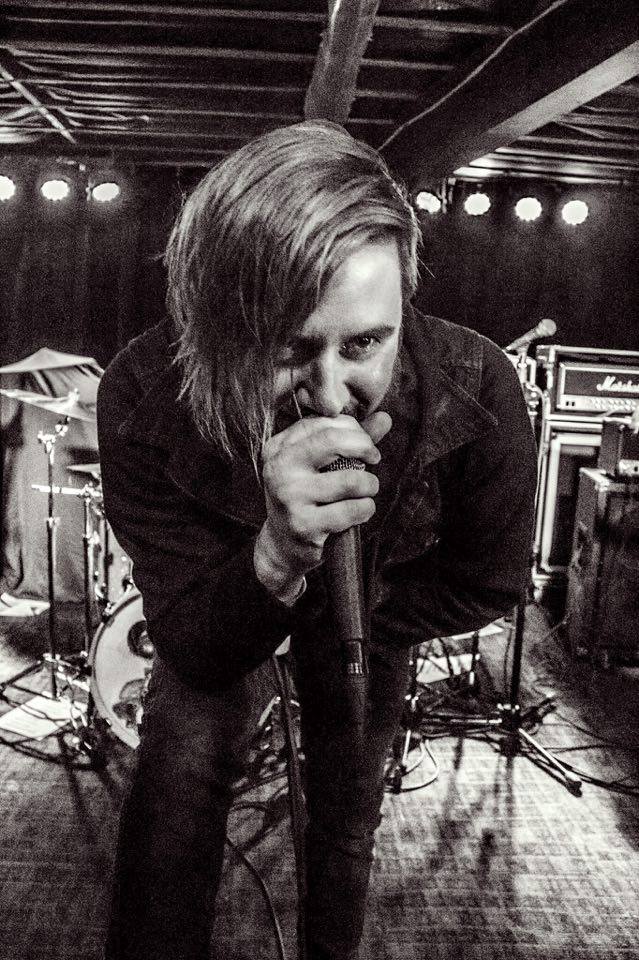 I know you guys have toured – is there a favorite venue or even a specific show that stands out as one of your favs?

The ones that feed us and/or give us an open bar tab. Locally, places like: the Rebel Lounge, Crescent Ballroom, Joe’s Grotto, The Hive, The Rock and any of the Mantooth-run venues have always been great to us.

On the road, we can’t say enough good things about Metro Music Hall (UT), 7th Circle Collective (CO), The Flux Capacitor (CO) and anywhere that Mike Steezy will have us in New Mexico.

As for specific shows, the smaller ones always exceed our expectations. We much rather play to a room of 50 people that are there to have a good time then 500 that only care for the headliner.

What is your take on the greater Phoenix music scene? The good and the bad from the your perspective.

There’s no doubt that Phoenix has an abundance of talented musicians, great venues and passionate people to support them. I think like any music hub though, that same volume creates a fair amount of over-saturation. Any given night we have 10 shows going and fans have to decide which one to go to. It’s a good problem to have but feels much different then playing in a smaller town that may get a show or two a month that everyone comes out to.

It also creates a bit of unhealthy competition that serves to feed some egos. I think we can take a bit of a step back and find out how we can use this wealth of “musical resource” to our advantage. Support each other and lift everyone up together rather then create all these sub divisions of genres and cliques within them.

What should change, if anything?

We need to stop saying what we don’t like and start focusing on what we do. Too often people bash other bands that aren’t their preferred taste, or venues that don’t host the shows they want to see. If you don’t like it, you have the power to ignore it and move on. Keep an open mind, search out new music and share what you find. 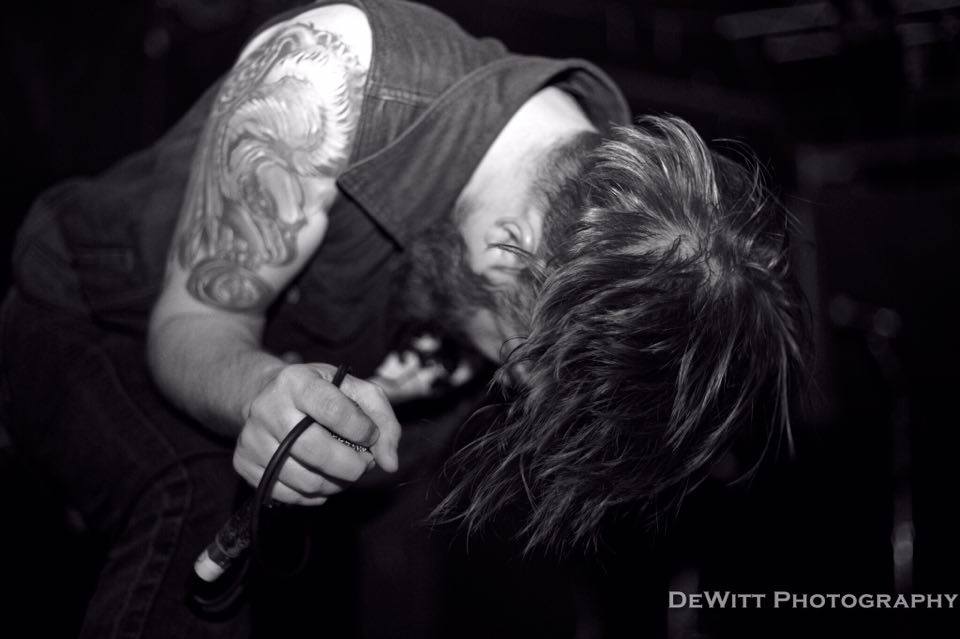 What’s upcoming for American Standards? Any touring? I see you’re playing Bisbee in a couple weeks and that show looks pretty frickin’ awesome…

Next on the radar is the album release April 15 at Pub Rock with Eclipses For Eyes and some additional support bands TBA. Soon after, we’ll be doing some touring through the Midwest and East Coast to support it. Definitely sprinkling in a couple local shows- one of which is a pretty awesome reunion tour of a band I know our fans will know and love. Keep an eye on our social media for those announcements.

Bisbee is also coming up February 25th at The Quarry. We love to play new places, especially in smaller towns. Makes for a great day trip or overnight for anyone looking to travel.

Is there anything I forgot to ask that you feel we should know about you or the band?

Nothing that comes to mind. People that know us, know that despite some of the more serious lyrical content we try to stay pretty tongue in cheek at our shows and online. That being said, I can’t say enough how much I appreciate everyone’s support over the years. Especially sites like YabYum that give us a platform to get our music out to a larger audience.

We had a particularly tough couple years with the passing of Cody then soon after both my grandparents and father to cancer. The band really helped us get through these experiences and the fact that anyone gives a shit about something we’re doing is the greatest gift we could ever ask for.

Your beard is totes rad too btw, I could never achieve something like that. Any grooming tips for all those looking to live the bearded lifestyle?

Thanks! Just use sandpaper (extra coarse) and apply directly to the area where you’d like to see hair growth. It’s an effective exfoliate and available at any local hardware store. 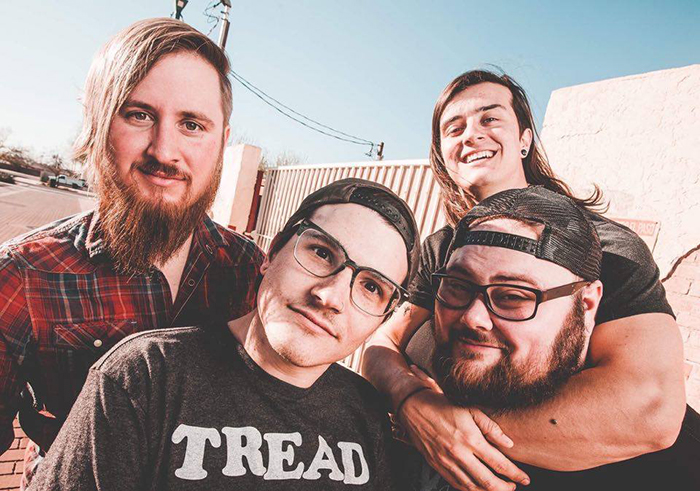