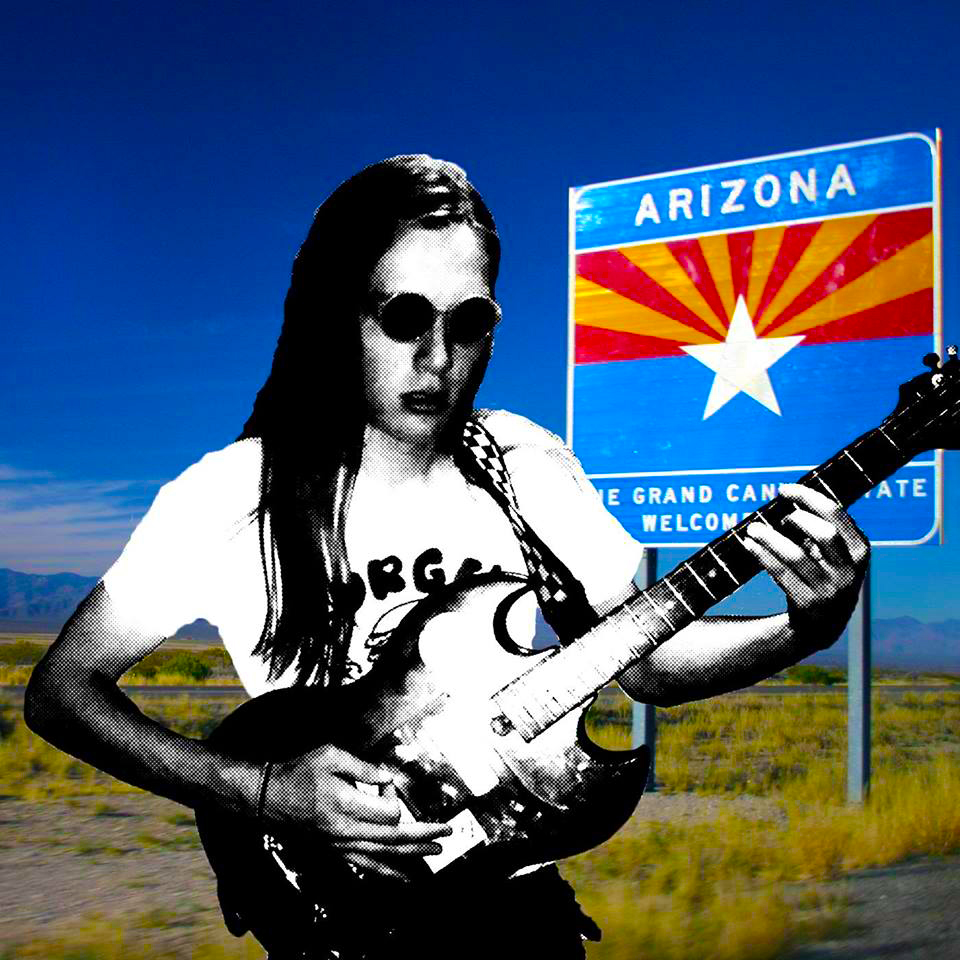 When I think about it, I must have first met Aaron Ponzo when he was 14 years old.

It was during the heydays of Parliament back in 2013 so heck, he could’ve been 13. Jeez. It just makes his accomplishments all the more grand.

Now, producing music as The Expos, Aaron has six, self-released, self-recorded albums on Bandcamp (including the B-sides and “best ‘other’ stuff” album Songs for You: The Other Songs​!​!​!​!); a working relationship with Warped Your Records which not only released The Expos latest album Joy, but re-released previous albums as well; and scores of shows notched on his fur-lined, Herculean leather belt. It’s like the man is rock-god and he’s still just a teenager!

I had a chance to catch up with Aaron and find out more about Joy, what he thinks of our music community, and what’s upcoming for The Expos.

YabYum: How long have you lived in Arizona? Are you a native? It seems like it. When and how did you first get involved with the Phoenix music scene?

Aaron Ponzo: I’ve lived in Arizona my whole life, born and raised in the Grand Canyon State. I’m 17 now. I started getting involved when I was like 14 years old; me and Micah (current live bassist of the Expos) started a punk band called Saba-Oats. My brother playing in local bands helped me get into local bands too. Saba-Oats got a show at Trunk Space a lil’ bit after forming and now, here I am. 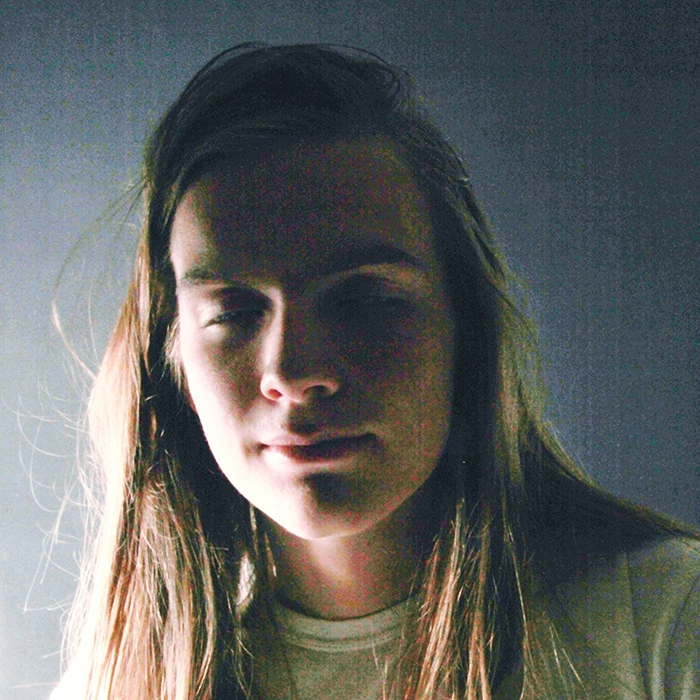 All photos courtesy of Aaron Ponzo

How long have you been playing music in general?

I have been playing the bass since I was in like 3rd grade. Starting playing in a cover band with my brother and my friend Alex, that lasted to 7th grade with fluctuating line ups. At that point after that band I decided to pick up the guitar and just have kept practicing ’til right this second.

How about recording… Have you simply always wanted to record your own songs and are The Expos’ albums the result of that? What’s your setup like and what programs (if any) do you use?

The Expos basically started when I had just got kicked out of my old band and wasn’t really doing a lot with playing music for a few months after that and then I just forced myself to write a song and that song was “Thirstbuster” (off the self-titled album). Then I spent like a week after writing and recording the other songs. I just kept going ’til right now.

My set up on my first 3 albums were just an input, my laptop, and a mic recording into Audacity. Most of the bass is line-in guitar that’s pitch shifted down an octave on those albums. The last 2 albums (Happy & Joy) were just made in my bedroom or my Dad’s office on a Mac with Garageband. I used a lot of midi on those. 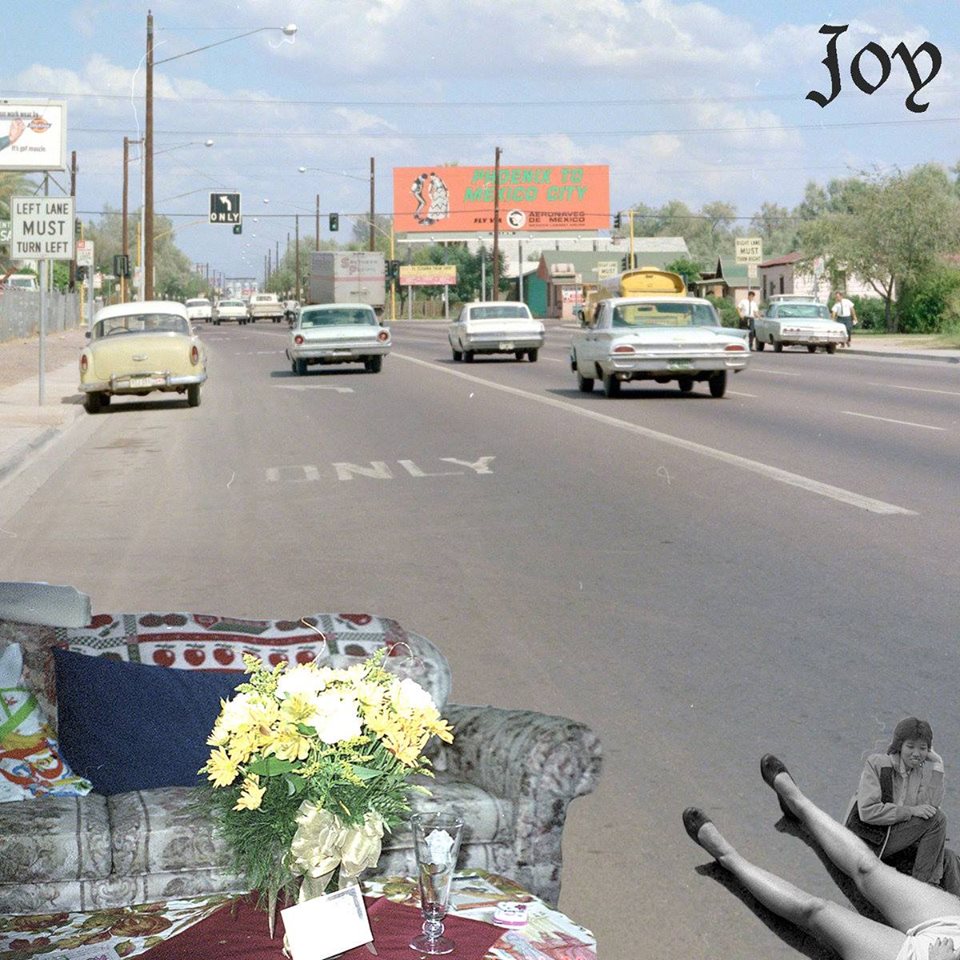 Let’s talk Joy for a minute. Why squeeze all your material into 9 minutes? Besides it being a test, I guess, is there any other philosophy behind it? Many times, as soon as I get into the song >poof!< it’s done.. always leave ’em wanting more maybe?

Basically, I wrote the song “South Mountain” with no real plans for it and then after the success of Warped Your Fest, Colin (Bauer of Warped Your Records) asked if Warped Your could put out the 1st Expos album onto a lathe cut.  I declined and countered that offer with a WHOLE NEW ALBUM of only 30 second or less songs. I guess it was testing my songwriting ability to see if i could make a lot of songs that can stand there and not feel weird and be actual songs. There is no really reason for it though, to be honest, just cause WHO THE HECK HAS EVER DONE THAT!!?!?! And also I really like shorter songs.

Who’s in your current line-up of the band when the Expos play live?

The most common live line up is me on Guitar, my brother Seth on drums (Draa, Pent Up), Micah Wiggins on bass (Sun Hex, Pent Up), and Colin Bauer on second guitar (Closet Goth, Warped Your Records). But the Expos also have had Tyler Broderick on Bass, Matthew Hainlen on Bass, Alexis Molina on Keyboard, Alex Brown on Drums, Tim Bomberg-Roth on Saxophone, Zach Nelson on Drums, and Garret Baugmarte on Drums as well.

What’s your take on the music scene we have here? Anything you’d like to see change?

I think Phoenix music is at one of the best points I’ve seen it in awhile. So many good spaces, plus my favorite bands to ever exist here exist like Diners, Amateur Hour, Doomed to Bloom, Sun Hex, and Captain Samurai. I guess, just start more bands. Write more music. Don’t settle, make the best possible music you can. Drink more water. Look at the desert. Listen to more music. Never stop. Drink more seltzer too. Have more fun. Music. Book more weird shows at unconventional spaces (in the process of booking a show on top of South Mountain… shhhhhhhhh). Love the desert. Understand the importance of cacti. Go to the Botanical Gardens. Look around. Drink More Water. Hike more. Take time to stop and smell the creosote. Make Weirder Bands. Not all bands gotta be two guitars, drums, and bass (even tho the Expos are, for now). And gosh darnit, STOP TEARING DOWN PLACES AND MAKING THEM APARTMENTS, I’M LOOKING AT YOU, PHOENIX. That’s the change I want to see in Phoenix. This probably didn’t answer the question but I’ll just move on… 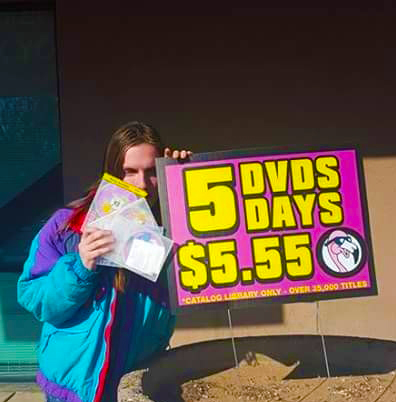 What are your plans for 2017? Any outta town shows? More releases?

Well, get weirder, release a new album sometime, tour the west in the summer time, play in Yuma, drink water, write more music (that probably won’t be on that said album but on the 7th Expos album), listen to more music, eat healthier, book more shows for bands, and travel to wherever I can. That’s pretty much it.

Obvi your hair is super awesome. Are you like Samson and is it the source of your god-like guitar shredding powers as long as it doesn’t get cut??

?✌️️? Lemme answer that with another question: what’s your favorite Thin Lizzy album?

(My answer is Black Rose btw…)