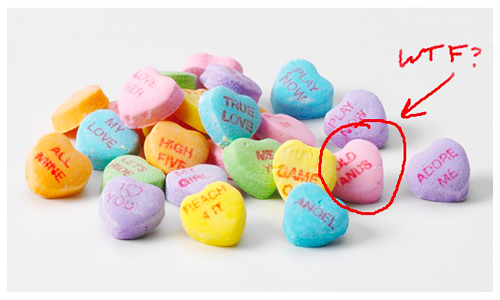 “Being in a band is tough. Being in a band with a significant other is even harder – just ask Greg Allman and Cher, Lindsey and Stevie or Liam and Noel (OK, so the Gallagher brothers weren’t really a couple but they sure did act like one). A band, any band, is like a big ol’ dysfunctional family. There’s the creativity. There’s the arguing about what gets written and what gets played. And, musicians are just a handful. Throw in all that and then add the dynamics of a personal relationship and it’s amazing anyone stays together.” – Frank Ippolito, original introduction to “It’s a Couple’s Thing”.

Although I’ve never experienced the situation myself, I’ve always been fascinated by the idea of being in a band with a significant other. My partner and I do run music publication together so that’s reasonably close, I would say. I’ve also experienced being in a Family Band playing with cousins. Still, not the same thing.

So when Staff Writer Frank Ippolito originally submitted his Couple’s Thing article I was thrilled. Now, here was some insight on the very thought that had oft occupied my mind.

Then, the years drifted by and I came to know my own fair share of couples in bands, bound by the state &/or not-so-casual cohibitants. In honor of Valentine’s Day 2017, I decided it would be fun to revisit Frank’s questionairre of yesteryear with some new participants, including: Ariel and Kalen of Snailmate, Dana and Pete of JJCnV, Stacie and Erick of Citrus Clouds, and Sharon and Frank of both Battered Suitcases and Labor Party.

This Valentine’s I thought it’d be sweet (and a lil’ corny) if we learned a little more about being a couple in a band. And of course, a big thanks to all the bands that participated. 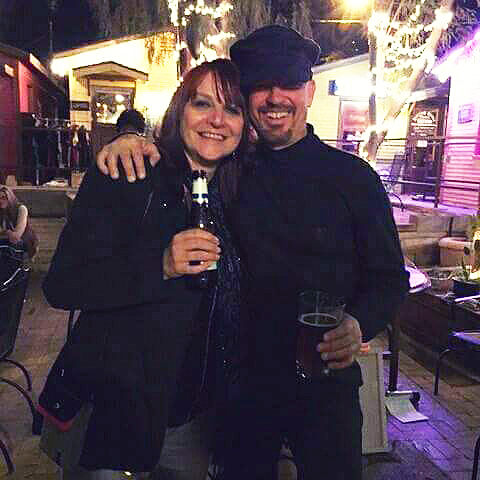 How long have you two been together?

Battered Suitcases: 32 years, where the hell did all that time go?

Citrus Clouds: We just celebrated 4 years together this February.

JJCnV: We didn’t start living until we were together. So we’ve been together all our lives.

When was the first time you two got together and jammed?

Battered Suitcases:  I first joined Frank on stage at a Halloween show in 1984 performing The Small Faces’ “Get Yourself Together”.

Citrus Clouds: The first time we jammed was at the first Citrus Clouds practice in 2014. We decided to start a band as a fun little project after I bought her a bass for our first anniversary.

Snailmate: Kalen sat in with Ariel’s old band 4 years ago. 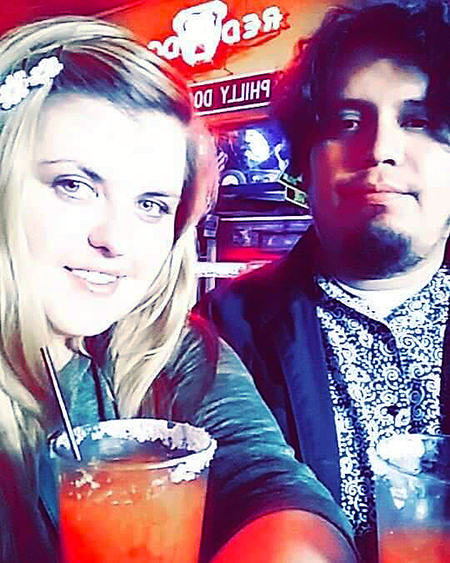 Were you a couple before that?

Battered Suitcases: Yes, since July of that same year.

Citrus Clouds: Yes we were.

JJCnV: A couple of what?

Snailmate: A couple of weirdos.

When you did decide to be a couple, was jamming together the same or a little weird?

Battered Suitcases: We were already a couple…

Citrus Clouds: Since we were previously a couple, it really wasn’t weird. It was frustrating at first because Stacie was learning the bass but she picked it up extremely quickly. She’s musically gifted!

JJCnV: Once Jeff [the drummer] got over it, it was fine.

Snailmate: Our band started like any other relationship: we had just gone through a bad breakup and we were desperate and lonely.

Does the music ever become bigger than the relationship?

Citrus Clouds: Music is bigger than almost anything. With the Clouds it’s so intertwined that it is never an issue.

JJCnV: Every aspect of us is larger than life.

Snailmate: Music is our whole world. The relationship is a suburb. 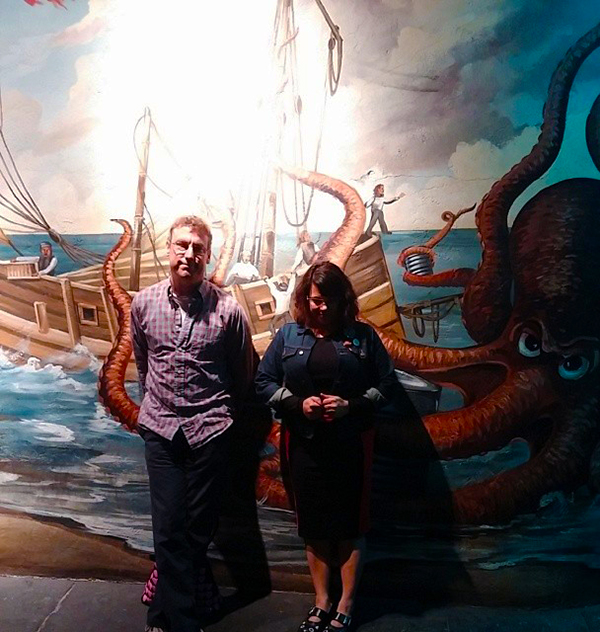 Pete and Dana of JJCnV

When it comes to your music, who is responsible for writing? Pretty sure it’s both of you…

Battered Suitcases: You’re correct, it’s both of us

Citrus Clouds: Erick usually writes songs on his own then we get together and play them. Some songs like “Imagination” were written really naturally from a jam. Those are special and are celestial gifts.

Snailmate: We each write our own parts and then shit on whatever the other person wrote.

Say someone writes a song about a “relationship” do either you ever go, “Uh, is that about us?”

Battered Suitcases:  Of course now and then… used to happen more in earlier days.

Citrus Clouds: Not really, because it is vague enough that other people can relate to it as well.

JJCnV: It’s best for our partnership if there aren’t a lot of questions…

Snailmate: Kalen writes about the meaningless of existence in a cold, uncaring universe. Ariel writes songs about girls. 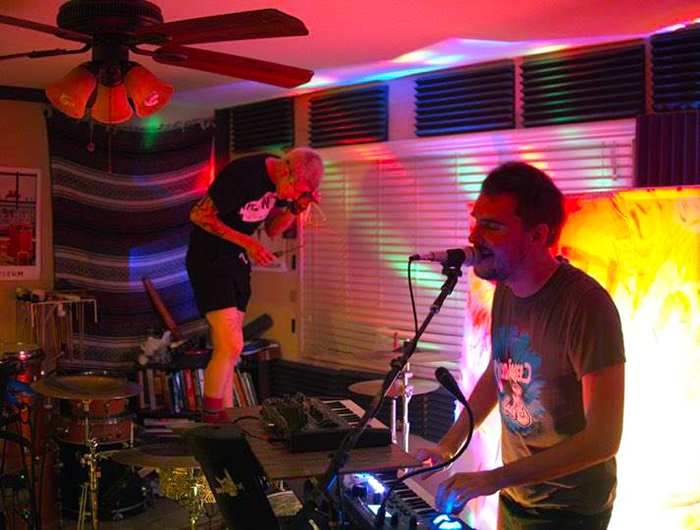 What advice would you give other couples in a band?

Citrus Clouds: First, enjoy the fact that you get to create sounds with the person that you love. Use music as a way to share and enjoy the unique experiences that playing music offers. Carry her gear!

JJCnV: Eat at the tastiest restaurants you can, always try to out-do each other in the song writing department, and never take yourselves too seriously (unless you’re writing about death).