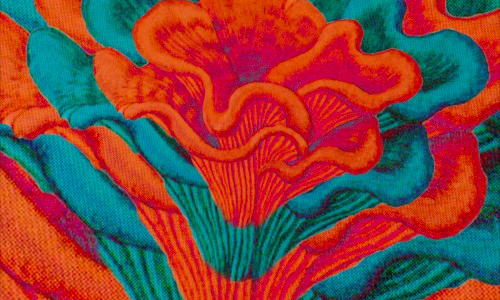 This debut track from Londoner JW Ridley is quite the promising start for the art student turned bedroom popster. “Everything (Deathless)” wafts toward this listen with a pensive air as pleasantly placid vocals lead you through the Ridley’s ruminating lyrics. The single will be released through Speedy Wunderground on 7″ vinyl so head here to place your order. Keep in mind, the vinyl print is going to be limited to only 250 copies so you better get on it, but first, take “Everything (Deathless)” for a spin below…

The Los Angeles act known as Snowball II is gearing up for the release of their third album, Flashes of Quincy. “Anais & Me”, the first single of the band’s LP, dropped in January and offers listeners a refreshingly warm vibe in the dead of winter. The song offers a throwback indie sound reminiscent of bands like Pavement with some shoegaze texturing smudged into the guitarwork that is far more buoyant than drone. All in all, I’m really loving this single. Check out “Anais & Me” below then head here to check out the complete LP.

Wow. This track gets dark, but it does so with so much gusto you won’t even notice the room growing dimmer around you. “Modern” is the second single from New Mystics, an L.A. act with a refreshingly crisp indie sound. There are some retro-style psychedelic elements in this track but that makes the sound no less present tense. Beneath the vivid orchestrations, the listener will discover an ominous message lurking; one that hearkens the end of an era. Check out “Modern” by New Mystics below or head here for that sweet digi-download.

This new single from Beach for Tiger has an easygoing island feel infused into their indie psych sound. “Black Buddha” possess a dreamy air; the sort of dream you might find yourself in on a warm summer day that is part hallucination, part lucid daydream. This single just dropped last month, but the Brit band has a smattering of earlier tracks available through their Soundcloud page so, if you dig the new single, consider delving further into Beach for Tiger. But first, give “Black Buddha” a spin below…

This single comes to us from Citrus Clouds’ LP, Imagination, which came out in November. The Phoenix 3-piece crafts shoegaze-y indie complete with richly textured guitars and drone-leaning vocal harmonies for a sound that is very present tense. Musing and melodic, “Shapes and Things” might just be my new favorite single from Citrus Clouds. Give it a listen for yourself below and then head here to check out Imagination in its entirety.

Indie-pop princess-in-the-making Carrie Lane has a soulful desperation in her voice that almost excludes her from the “princess” category. But, then again, this single did debut with Forever 21. Whatever your position on the matter, you can’t deny the power of Lane’s voice. And this New Jersey songbird has a bit of that Amy Winehouse sulk that’s been missing from my life of late. Give “If I Can’t Be With You” a listen below or head here to add the single to your personal playlists.