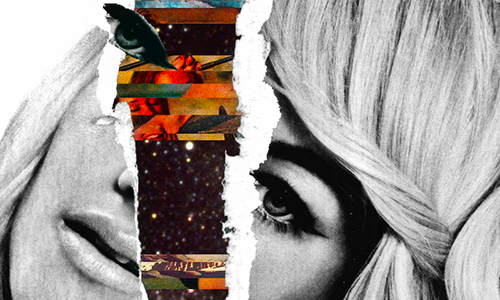 The London-based trio known as Dead Pretties just launched their debut single and, I must say, it’s pretty fucking stellar. “Social Experiment” is a rowdy and hip garage rock number that is (of course) set for release on slick 7″ vinyl because how cool is that? Pretties’ frontman Jacob Slater has a voice that oscillates from a Lou Reed-esque supercool monotone to sandpapered power on this single. Give “Social Experiment” a spin below and then head here to secure your pre-order from Nice Swan Records here.

SoCal rockers The Jacks just formed last summer and they just dropped their debut single, “Hot Reaction”, on the 27th of January. So you’re getting this one freshy fresh. The Jacks’ own rocknroll style fuses elements of blues and pop with a little California surf thrown in for good measure. There’s a vintage hue to the band’s style that I really dig, but the sound is very much modern. Give “Hot Reaction” a listen below and keep your ears open for more tracks to follow from The Jacks.

This brooding number derives its central force from “existential and dystopian thoughts” which drives the single’s lyricism and overall sound. Basically, what’s not to love? “Flowerhead” sets out a bleak landscape; one full of pensive energy and grainy textures. Deaf Radio is a four-piece from Athens (Greece, not Georgia) and their latest LP, Alarm (which features the single “Flowerhead”),  is available on vinyl through Bandcamp. So, if dark and moody rock is your thing, make sure you check out “Flowerhead” below and then head here for the complete LP.

The garage/punk outfit out of Copenhagen known as Hüggemarmelade dropped this intensely catchy number last month and it’s been stuck in my head every since. Consider that your only warning. “Evil Beaver” is basically a song about, and I quote,”a goddamn evil beaver” and, one could only assume, drug abuse in some form. No matter the underlying message, the music must have some sort of devil magic on it because I can’t get enough of Hüggemarmelade and, unfortunately, this is their debut track so I have no where else to send you after you wear out “Evil Beaver” after uncounted repeat listens, if such a thing is possible. Listen below…

Austin duo Black Pistol Fire have a fiery roots-rock sound that reminds me a little of another bluesy garage rock duo that begins with a “B” and rhymes with “Lack Bees”. That being said, Black Pistol Fire can totally hold their own in terms of power and grit. “Hard Luck” came out through Modern Outsider Records last year and packs a punch that could shakedown a stadium or bar full of roughnecks. Check out “Hard Luck” from Black Pistol Fire below or head over to iTunes for your own digi-download of the full LP, Don’t Wake the Riot.

Wow. This song gets drepressing. But, if you’re anything like me, there can be something comforting in the darkness or, at least, the reflections of other artists upon said darkness. Kentucky’s Tramp has a lo-fi post-rock sound that perfectly fits with the ruminating air on this single. “Somber Thoughts” provides the opening track for Torn Up, a 5-track demo released by the band last October. If you dig the single, make sure you stick around for the complete EP. Torn Up is richly textured and has just the right amount of angst for a really good sulk session. First, check out “Somber Thoughts” by Tramp below…

The hard rock sound of The Black Line, a band out of Toronto, has elements of punk and metal throw in for some added oomph. “Gemini” was released through Crock Records from the band’s forthcoming album, Line Up. If you find yourself in want of some old skool punk energy in this current political nightmare we find ourselves collectively unable to awaken from, I suggest listening to “Gemini” by The Black Line loud and repeatedly. This north-of-the-border 7-piece act will help you unleash all that pent up rage. Check out “Gemini” below…**