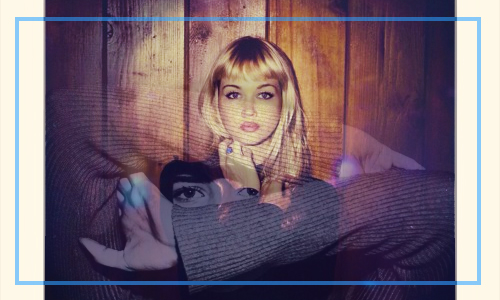 “You Belong to Me”

L.A.’s Cat Pierce, formerly of The Pierces, has ditched the surname and embarked upon a solo, and single-syllable, project. CAT penned the track while, and I quote, “micro-dosing with mushrooms,” but don’t expect some tripped out, SoCal stoner jam sess. The artist’s journey is ultimately a spiritual one, not just some played-out party grrl antics. Her music gets a little bit darker and goes a whole lot deeper. “You Belong to Me” has a modern noir sense of style and CAT possesses the sultry vocal prowess to fully embody that aesthetic. Give the single a spin below or head here for your own digital copy of “You Belong to Me” by CAT.

Rosie Carney might still be shy of twenty, but she encapsulates both a sound and wisdom well beyond the limitations of mere lifespan. The introspective lyrics and simple folk sound shape out the listener’s path, but it is Carney’s hauntingly tender voice defines the song. Rosie Carney’s voice has a delicate expressiveness that, at only 19, sets her apart as a bit of a phenom. I’m definitely excited to see what’s to come from this Irish songbird. Give “Awake Me” a spin below or head to iTunes for your own copy of the single.

Chase McBride is another artist from the Cali Coast, but he comes to us from San Francisco. I would contend that there’s a bit of that easygoing NorCal attitude that comes through on his single “Control” with its stripped-down folk and breezy melody. This is a track to chill out with in a hammock built for two. “Control” is the opening track from McBride’s 2017 release, Cold Water, which can be previewed through Soundcloud or purchased through iTunes.

The duo known together as Louis Vivet decided to revisit their hit single for what I’m going to refer to henceforth as an un-remixing. That is, they took their dance hit and stripped it down its acoustic bones. Usually, it seems to be the other way around. Both renditions of “Pulse” have a mellow vibe and feature the vocal stylings of Kirsten Collins, but the new acoustic version brings new emotional layers to my attention that might have slipped past me on the original. Decide for yourself. You can check out the new acoustic version of “Pulse” from Louis Vivet below or head here to peruse the music video for the original version.

This indie folk artist out of Boston might be best avoided if you’re currently making adjustments to your anti-depressants. Save Allston Horses for a stable week. However, while the lyrics might be dark, clinically so, the music is entrancing; somber, thoughtful, and paced to match the deeply confessional lyrics. Tyler Lavoie, the man behind Allston Horses, throws in some post-rock electronic texturing to bring “Every Last Breath” into its fully fleshed form. This single is the closing track from Allston Horses’ debut EP1 which is available for preview/purchase through Bandcamp. I suggest you delve into “Every Last Breath” below…

This single is an early offering from the forthcoming LP by the Tucson quartet known as un:ted states. “Silent Spring” has a dreamy feel, but that of a daydream, when the warmth of the sun still lingers on your skin and pinks the back of your eyelids.  The psych-tinged indie rock of un:ted states combines ethereal vocals with a shoegaze sense of structure as it takes its time meandering through “Silent Spring”. The band’s LP, The Earth and The Sea and The Stars, is available for pre-order (or direct purchase after Saturday) through Bandcamp.

If you enjoy some bedroom indie, I suggest checking out the music of Gav McIsaac who records under the moniker Arpeggi. “Never Meant 2” is the opposite of the overproduced singles we usually see churned out of L.A. Arpeggi might share the area code, but he opts for a simpler style, something more honest.  This December release carries a bit of winter chill in its tale which seems to place the narrator at the unfortunate point in a love triangle. “Never Meant 2” offers listeners a lofi expression of loneliness, but there’s beauty in it. Give the single from Arpeggi a spin below…