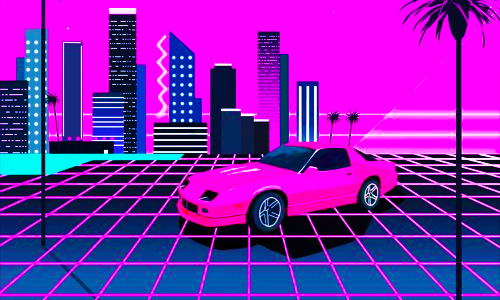 You might be familiar with producer Brandyn Burnette. After all, we’ve featured him on YabYum before so you should know him. Anyway, Burnette wrote this track on his 26th birthday and brought it to Rillakill to help bring the hit to life. “The Freshest” has that slick radio style that immediately gets you dancing and stays stuck in your head for days. Consider that your only warning. The crisp production and catchy hooks of “The Freshest” won’t let go of listeners. Give the single from Rillakill and Bradyn Burnette a listen below or head here for your very own digital copy.

HipHop, funk, and electropop melt together in this banger from Lucille Crew, an international act that originated in Tel Aviv. “Something” grooves with club energy while the melody sticks to you like glue. Or sweat. The lushly layered monotone vocals really sold me though. Give “Something” from the Lucille Crew a listen below. This single is just a little sampling from their forthcoming album, Respect the Dawn, which is due out this Spring.

“Creature of the Night”

Retro synths and a funky hook really make “Creature of the Night” sizzle. The single was produced in collaboration as an international undertaking combining the efforts of Amsterdam-based producer Berry Juice and Brooklyn-based vocalist Josh Tobias. Part of a two-track single that dropped last December (available here), “Creature of the Night” feels like driving through has just enough contemporary cool to keep the 80s throwback style from inflating your hair. Let’s hope “Creature of the Night” is just one of the many collaborative tracks that emerge from this partnership. Give the single a listen below…

The Aussie artist known as Swindail has an uncommonly self-effacing attitude for a producer, but you can’t tell that from listening to his slick singles. “Jussright” mixes chill but upbeat energy with all the little textural niceties that take a track from amateur hour to totally pro. The vocal additions from SACHI and Naji help Swindail capture that breezy summertime vibe that defines “Jussrite”. If it’s winter here that means it’s summer Down Under, right? All of us above the equator get a a little while longer to learn all the words to “Jussrite” before we hear this single on those poolside playlists. Give the single from Swindail a spin below or head here to snag your own copy before those temperatures get turned up.

This song is about two days spent driving cross-country to visit a dying friend. Somber, yes, but funky too. The Seattle trio known as Black Giraffe offers up a foxy R&B/rock sound that’s backed by a solid groove. There’s an added experimental layer that keeps things interesting in a modern way.  Give “Kansas” a spin below…

“Are You That Somebody”

Unified Highway fuses the talents of Eric Rachmany (Rebelution vocalist/guitarist) and Amp Live (producer, DJ, remixer formerly of Zion I). The duo creates a kickback vibe on their new single, “Are You That Somebody”, with the help of a few musician friends. The track has a reggae twist but you can hear a melting pot of styles from electropop to soul and beyond. Meander down that Unified Highway with their track “Are You Somebody” below or get your very own copy here.

Chad Phillips is the Jamaican singer/producer/songwriter who performs under the moniker Dahj. His slinky new single “Size Up” fuses R&B, Dancehall, and HipHop for a fresh sound with island flavor. If you dig “Size Up”, I suggest checking out other singles available from Dahj. He only recently moved from the role of producer to center stage so he only has a few tracks under his belt. But fear not, Dahj is currently hard at work on his debut EP. Until then, enjoy “Size Up” below or head here to get your own digi-download.