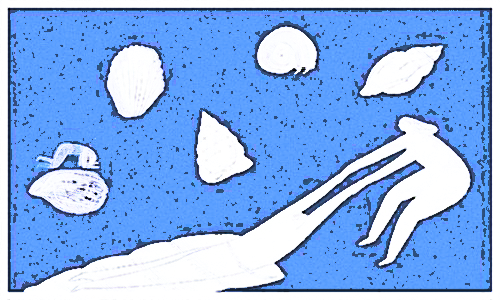 Yesssss. “Gun is Coming” is the stellar single from the New Orleans-based songwriter known as Old Nobodaddy. The track combines a stripped down lyricism with a compelling “swamp gospel” sound that goes straight for the center of your being.  This track comes to us from Nobodaddy’s forthcoming release, The Pretty Plea’s EP. I’ll definitely be keeping an ear to the ground for the release. You should too. Listen to “Gun is Coming” below…

This single is just as pleasantly affectionate as its title implies and arrives just in time for Valentine’s Day for all you lovers of love out there. The Show Ponies, out of Los Angeles, craft their own brand of Americana-tinged indie rock, or “indie-grass”, if you will. Everything about “Sweetly” is amiable and endearing, from the sweet-tempered vocals to the homey folk feel of the instrumentation. “Sweetly” comes to us from the band’s new LP, How It All Goes Down, which came out last month. Listen to the single below, and if you dig what you’re hearing, get your digi-download of the album here.

This alt-folk single from Anne Hall fuses R&B with bit of American Heartland for an earthy, stripped-down sound I just love. In addition to these elements, Hall adds an easygoing West Coast breeze to “Goin’ Back Home” just to keep things nice and mellow. Or maybe that’s just an unintended consequence of the artist’s Santa Barbara residence. The single comes to us from Hall’s 2016 release, Wonderful, so if you dig the track, make sure you check out the complete LP (available here).

Jake Levine might be from New Jersey, but he sounds like he could be kicking dust in any Western bar of the Sonoran. The Americana sound heard on “Lovestruck” has a bit of a forlorn hue that is complimented by Levine’s own anguished voice. This song will tear at your heartstrings. Well, I guess, New Jersey as a history of producing artists that just get that Heart of America sound. Give “Lovestruck” a listen below and then head here to check out the album from whence it came.

This Denver-based four-piece indie act has a touch of that Western sensibility rolled into their genial twange. Dearling possesses all the country charm their names implies and you can experience it for yourself on their new single, “Wild Blue”. Lead singer Rachel James’ voice is both airy and earthy; and Dearling’s instrumentation matches her perfectly in balancing this dichotomy. “Wild Blue” comes to us from the band’s 2016 release, Inheritance, which is available here for preview and purchase. But first, give “Wild Blue” a listen below…

The London-based act known as Ziegler Co. brings us this indie-folk gem from all the way across The Big Pond. “What A Life” has a  carefree feel that will charm you on that very first spin. Unless, of course, you’re just a hateful, bitter person in the very core of your being. This single comes to us from the band’s EP, Soap + Water, just a couple months back. “What A Life” feels like a sunny stroll down a cobbled street just after a light morning rain. Give the single a spin below then head here for to check out the full EP from Ziegler Co.

Now I really don’t say this very often, but Luke Hogan has a touch of Dylan in his voice which is weathered beyond his years… also like Dylan, I suppose. “Who Else” is the closing track to Hogan’s 2016 release, Nomad, which was record at Downtown Rehearsal in Los Angeles where the artist also resides. What might have been just called folk in 1964 is generally shuffled to the Americana side of the line these days, but we like it all the same. Give “Who Else” a listen below…