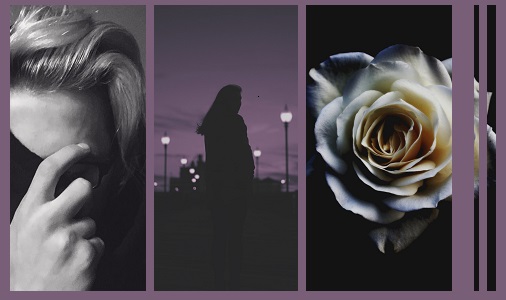 The mask-wearing musical duo known as Bad Flamingo doesn’t really seem to have the public-sharing-push of this social media generation. In fact, the details about the musicians behind Bad Flamingo aren’t very forthcoming so we’ll have to let the music speak for itself. Their debut single, and only single to date, has a slick but stripped down style that carries enough of that Western swaggger to pass for a real desert rat, no matter their true home. “Whiskey Lies” is a promising start for Bad Flamingo. Let’s hope more tracks are to follow. Until then, you can start with “Whiskey Lies” below…

Hey, I know a lot of us are going through a rough time emotionally right now. Imad Royal seems to get that too. His new single reminds us that we all need to chill the fuck out. Effervescent energy flows through “Smile” while Imad Royal’s mantra-filled lyrics provide a moment of zen in this chaotic time of human history. The D.C. singer/songwriter/producer is currently out on tour with Louis the Child, but only has a week of downtime before hitting the road again. Give “Smile” a spin below and check here to see if Imad Royal will be stopping in your town. If you dig the single, continue on to the complete EP, Everything Happens, here.

The singer-songwriter known as Venture recently made the move from Portland to Phoenix so Valley residents should put forth the extra effort to get to know this transplanted songbird and her ethereal voice. “Sweet to Me” is the latest single from Venture who released “Diamonds” and “Sober” back in 2016 with accompanying music videos. Venture’s unique aesthetic extends beyond her music to her videos. There’s something a little old-fashioned thrown in with the very NOW that lends a refined air to the urban stripped-down style. Check out “Sweet to Me” below or head here to procure your own digi-download of the track.

“i still love you”

There’s a long tradition of songwriters writing music as a response to another songwriter’s work that goes back to poets writing about shepherds and nymphs and probably even before that. “i still love you” was written in response to Jessie Reyez’s viral hit, “Figures“, which came out last year. Both singles can stand alone, each one raw and emotional in its own right, but together, they tell a story of love and betrayal that will tear at your heartstrings. Call Me Karizma will be playing 51 West in Tempe on March 10th so make sure all you locals mark your calendars. Before then, make sure you give “i still love you” a listen below…

This indie-electro artist from Idaho release this new single in February as follow-up to his debut track, “Sold”. Apsley might just be getting his footing under him in the music biz, but these two singles both suggest his future might be far reaching. On”Running”, Apsley layers crisp sounding elements to producing a mellow but still vivifying sound enhanced by his own effervescent vocals.  Take “Running” for a spin below or head to iTunes to score your own copy.

Back in January, one of the Rose brothers (I can never tell which) released a new EP called Winter Trash. The title track of that release carries a somber and somewhat dejected air that permeates the entire release, even the kitschy closer, “Zack n Kelly”. Staying true to the lofi-style of the Roses that combines bedroom indie pop tinged with experimental underpinings, Niko Rose gives shape to some truly meditative singles. Check out Winter Trash by Niko Rose here, but feel free to start with the title track below for just a little sample.

Alt-R&B is growing in popularity with musicians like Alessia Cara and a number of new artists. And now you can add L.A.’s Wit to that list. Her chill new single “Love’s Not Enough” combines blues with contemporary permutations in indie pop that provide the launching pad for Wit’s sultry and powerful vocals. This is the second single from Wit so if you dig “Love’s Not Enough” consider checking out “Broken Clock”. Both tracks are available through Wit’s Soundcloud page, but I suggest starting with “Love’s Not Enough” below…