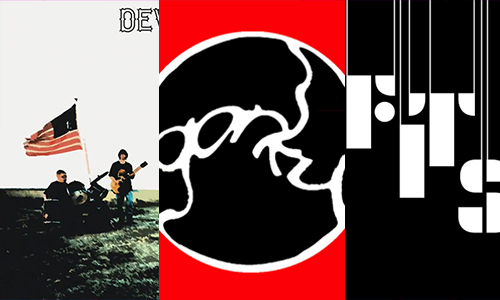 This four-piece out of Northern Arizona has been playing together a whopping 15 years and to celebrate their years of blissful band union, Gorky released, The Gork… And How To Get It!, in January.

This monster collection of tracks was recorded over the better part of a decade (2009-2016) and packs a retro-indie punch… You know, back in the days when Indie Rock still sounded like garage rock because it was still being made by kids in garages. Now, it feels like all that indie is coming straight from the bedroom with its stripped down sound and sedate energy. Gorky turns the energy back up and adds some Pavement bounce to the musicality for The Gork.

The album opens with “Roll with Me” which was recorded live at Last Exit Live right here in sunny Phoenix along with “AM Radio” and “The Cosmonaut” (which you’ll hear in about 19 more songs). What I love most about Gorky is that bright, summertime sound that glazes over every song on this album. There’s something mirthful about their brand of rocknroll that comes through every time, not just on the obvious tracks like “Super Drunk” or “#Datass”. Get into The Gork below…

The Phoenix quartet just unleashed their debut EP, Dog + Cross, earlier this week – just in time for Valentine’s Day. I would definitely say these tracks are more Romantic (big R) than romantic (little r). The songs are brooding and introspective, meandering through fields dusted with prog rock permutations.

The EP opens with “Hundred-Year Woods”; submerging the listener in the rough-edged folk-rock of Devil Grass. “In the Cut” follows. Now, this track was originally released a year ago as Devil Grass’s recording debut and its earthy/edgy sound makes for, in my opinion, a solid introduction to the Devil Grass sound.

The energy gets turned up for “Pioneers” before “St. Joe’s Spitting Image” closes out the EP. The closer just might be my favorite track from the collection. There’s something slinky and also a little lonely about this number; like a hopeless crooner singing in a roadhouse bar for sad sweethearts.

Give Dog + Cross by Devil Grass a perusal below…

The smokey smooth vocals of Raquel Willand adds a noir touch to the alt-rock sound of The Real FITS. The Tempe 4-piece dropped Drown in Gold, a 5-song EP, back on December 30th to close out the year.

The release opens with “Feels Like Mine” and sets a kickback feel that continues through Drown in Gold. “Sideways” – the second track – has the same sultry vibe and retro synths that gives shape to the FITS’ sinuous sound before “Wild Wild West”. The latter track has a measure of listlessness that off-sets the lithe vocals.

“Sundown”, the penultimate track on both the album and amongst my personal favorites, has a bit of an L.A. sound. Listeners can slip into a West Coast vision of driving down a palm-tree lined street in a convertible toward the ocean; top down and sunglasses on as the sun slips down the sky. “Tides” – my personal favorite and the longest track from the release – closes the EP with a dreamy, meandering number. Give Drown in Gold a listen below or head here for your own digi-download.