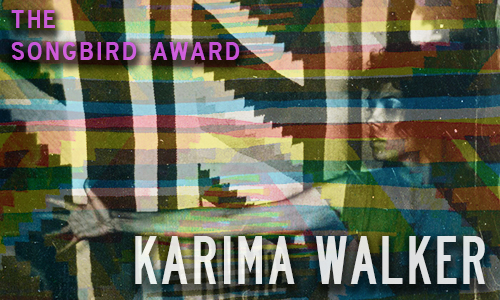 The only thing that competes with Karima Walker’s stunning song construction is her heart-stirring voice. Walker unveiled Hands in Our Names, recorded at Five Thirteen Recording, back in June and the limited edition cassette already sold out.

Senior editor Carly Schorman wrote of the album, “Combining elements of drone and folk, Walker crafts layers of sound that can have an eerie effect on the listener, like a half-remembered dream or half-forgotten lover.” And, of Walker’s vocal layers, she wrote, “the juxtaposition of Walker’s ethereal voice against the rough, occasionally grating (gently grating, never overly-grating) effects, creates an interesting aural relationship – one that I could spend hours entrenched in.”

Original review of Hands In Our Names by Karima Walker