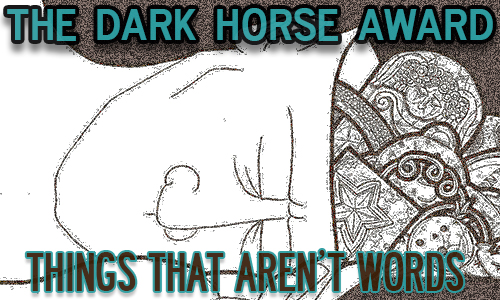 Wait, who are these guys?

The five-piece band known as Things That Aren’t Words has us wondering just what other secrets Tucson is keeping tucked away. In all fairness, the band seems to play a lot of shows (in Tucson) and gets solid airtime from KXCI (in Tucson) so, as an Arizona-centric publication, we feel like we should have been aware of this stellar indie act.

We’re not mad though. No, Tucson, we’re still cool. Just share a little more with us. After all, sharing is caring. You can start by packing Things That Aren’t Words into a van and sending them to Phoenix for a night or two.

When the band released their debut back in April, the long-reaching tentacles of our editorial staff happened upon the EP just by chance and we were immediately enchanted. Remember the Details is a musical gem that fuses uplifting melodies and contemplative lyrics for a memorable, if all too brief, collection.

Things That Aren’t Words came seemingly from nowhere and totally blew us away. And by “nowhere,” I am not inferring to Tucson, but rather the ether of the internet. Music writers should never give up their “organic search” for new artists. Were it not for the bumblefuck of our staff’s musical internet stumblings, Things That Aren’t Words might have completely missed our radar. And that’s sad.

What’s more, even though we covered their debut EP (ahem), a lot of folks in Phoenix haven’t heard of this band. That’s also sad. Hence, we felt Things That Aren’t Words deserved this year’s Dark Horse Award.

Everyone should spend sometime with Remember the Details by Things That Aren’t Words. You can do that below…