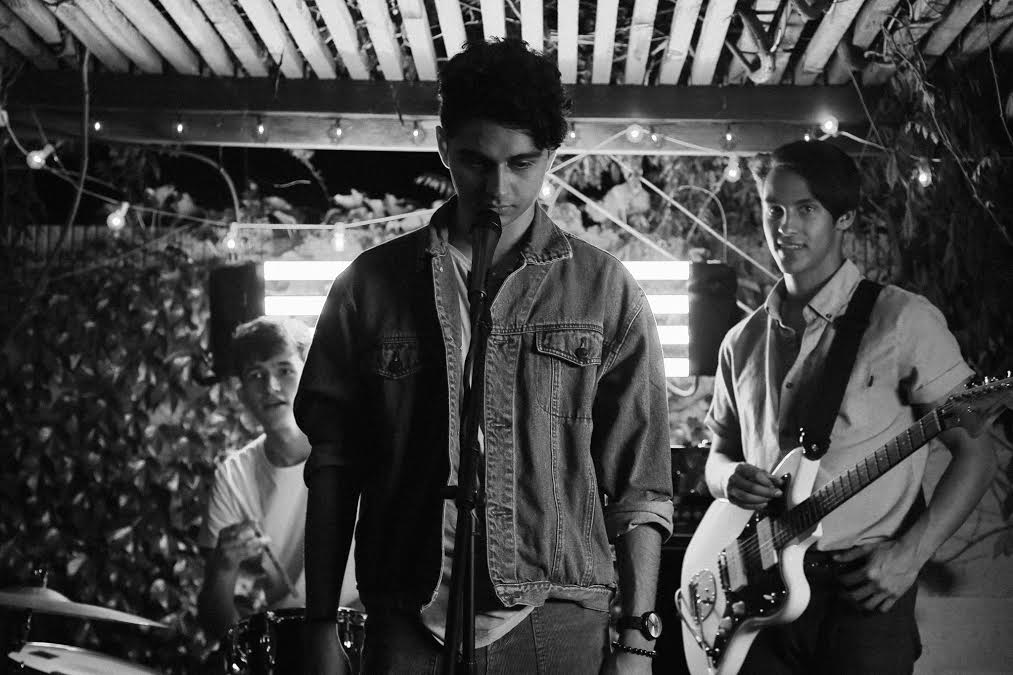 We first featured Nightair last October with their single “Supernova” from the band’s 2015 EP and then again a couple months later for their music video, “Clouds”.

This year, the O.C. act is gearing up for a brand-spanking-new EP this summer. And, in prelude to that release, they decided to offer up a little sample of what’s to come with an exclusive premiere of their new single, “Jamie”.

“Jamie” provides a shining example of Nightair’s spirited air sound – just the slightest smudge of garage grease on that crisp retro rock vibe. Check out the single below and then keep scrolling for our Q&A with Nightair!!

YabYum: Do you mind telling me a little about the concept behind the lyrics on this single?

“Jamie” deals with the concept of wanting someone for what they are rather than who they are. The song follows a girl, Jamie, who attends an 80s high school – something straight out of a John Hughes’ movie. Her ex-boyfriend is the narrator, who explains to her new boyfriend that Jamie wants him for what he is, “a shiny new toy to be used”. He’s a popular dude, but “she [doesn’t] really care about [him]” as much as what he represents in the social food chain. The chorus is spoken directly to the girl, making a crude joke about how she’ll never be sexually satisfied by her new boyfriend. The reason for the tongue-in-cheek lyrics is to capture the position of the narrator, who is also immature and having trouble dealing with the loss of his girl. The lyrics definitely come from a place of naiveté, and I thought that making them any less crude and explicit would be dishonest storytelling.

The music video, which comes out on February 14th, aims to directly explain the lyrics and set you in Jamie’s world. I think it will paint a more vivid picture of the scene than my words can.

This track is from a forthcoming release. Can you tell us a little bit about that? Is there a release date?

This will be the first single off an EP coming out this summer. Working title is Sunsets and Cigarettes: The Sad Boy Struggle, for obvious reasons.

Can you tell me little bit about the band? How did Nightair come into being?

Lucas (Bass) and Tony (Vocals) started the band in high school. They put out our first single “Clouds” in summer 2014. After the release, Brandon (Guitar) joined the band. We’ve had drummers come in and out (6 of them – it’s bad…we know), and we’ve been playing tons of shows throughout the lineup changes.

Do the members of the band share musical influences? Or do you guys diverge when it comes time to music preferences?

We definitely all appreciate the same music. We just like good music of any genre. Outside of Nightair, Tony releases ambient music as Statuetoe, Lucas has a proclivity for hip hop and raps under the alias Hop Louie, and Brandon produces EDM as BB Gun. So it would be fair to say that our collective taste could seem a little all over the place from the outside.

I thought it was funny that the band specifies that they are not garage rock. I wouldn’t call Nightair’s buoyant indie sound garage rock, but why the effort to distance yourself from that label?

[Haha] I’m glad you asked about that! When someone asks what kind of music our band plays, it’s always hard to respond. Cause like, what do you say? Rock? Indie? No labels seem to be relevant anymore since we’re the product of modern music technology and are making music in a completely new way. At this point, the best way to define our genre seems to be just saying what we’re not rather than what we are. We definitely do not consider our music garage rock, which bloggers seem to enjoy labeling us as. Hopefully that narrows it down a little.

What’s next for Nightair? Touring? Etc?

The music video for this song on Valentine’s Day. We’ll also be playing some shows around OC/LA, and hopefully up the coast in San Fran, hyping our upcoming EP. We need a booking agent, so if you’re reading this and thinking ‘damn these guys sound cool’ you should probably email us at nightairband@gmail.com. C’monnnnn, we’d look so good on tour.