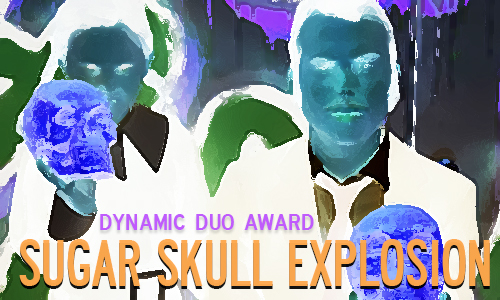 The band released a 7-track album, Zombie Party, over the summer and quickly followed that up with a two-track single to close out the year in December. The songs are short and not-quite-sweet and that’s part of the reason we’re so taken with this act.

Not to mention, their live shows are something worth seeing. The pair, known respectively as J-Skull (bass, vocals) and E-Skull (drums, vocals), pack a powerful punch that will shake any venue to its core. Need more proof? Just check out this music video Sugar Skull Explosion released in November…