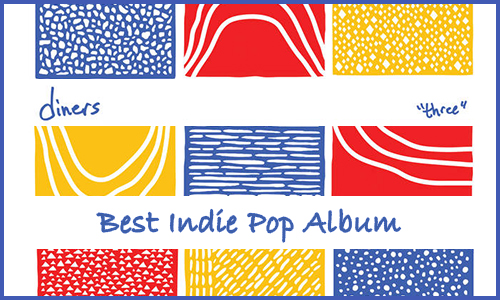 It sure feels like we’ve been following Diners for quite some time. Back in 2012, we gave them the award for Best New Band and, since then, we’ve watched as the band continued to grow their sound (and fanbase) without losing the heartwarming innocence that stands at the core of their sound.

This past year was a big one for Diners. The band signed with Asian Man Records, expanded their tour routes, and released their stellar indie pop LP, Three, which came out in September.

The record, recorded by Jalipaz over at Audioconfusion, goes beyond the crystalline lyricism that initially secured our love to achieve a richly textured album that will restore your world-weary soul with its bright but calm exuberance.

From start to finish, Three stands out as one of the best albums of the year and not just for Arizona. The entire world should listen to Three by Diners and we’ll all be better people for it.

Original review of Three by Diners