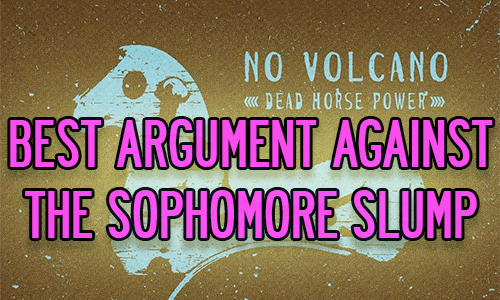 It was just last year that No Volcano first came on the scene and took home our Dark Horse Award for their debut album, Who Saved the Party?. And, this year, they returned with another full length release.

It seems like No Volcano was setting us up for disappointment.

They released the traditionally maligned sophomore effort, another full-length, while still basking in the afterglow of that first extraordinary album. But, when Dead Horse Power, dropped through Onus Records in November, No Volcano gave us this year’s best argument against the sophomore slump.

Staff writer Joe Golfen described the album as a “supercharged blast of post-punk power, heavier and darker than their debut, but still shining with the kind of pop catchiness that’s won them so many fans.”

We couldn’t agree more. If you haven’t done so already, check out Dead Horse Power by No Volcano below…

Original review of Dead Horse Power by No Volcano