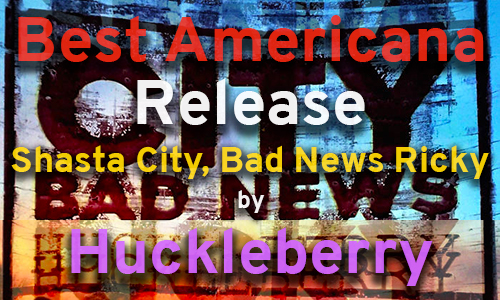 The title to Huckleberry’s 2016 EP might be a little clunky, but the four songs it represents are fluid and fabulous. Shasta City, Bad News Ricky came out in March and its breezy Americana sound stayed with us all year.

This stellar six-piece out of Tempe has been making rounds on the Valley circuit for five years now and it seems like every year they get a little better. And, when you consider that they were all solid players back when the started, that’s really saying something.

As a result, what you hear on Shasta City, Bad News Ricky is complete cohesion. Huckleberry performs with singular breath. And the music has an earthy sound and tone that move from somber to expansively buoyant and back again.

The EP was recorded by Jalipaz over at Audioconfusion (I feel like I’ve said this a lot this year) and can be found here for streaming or purchase.