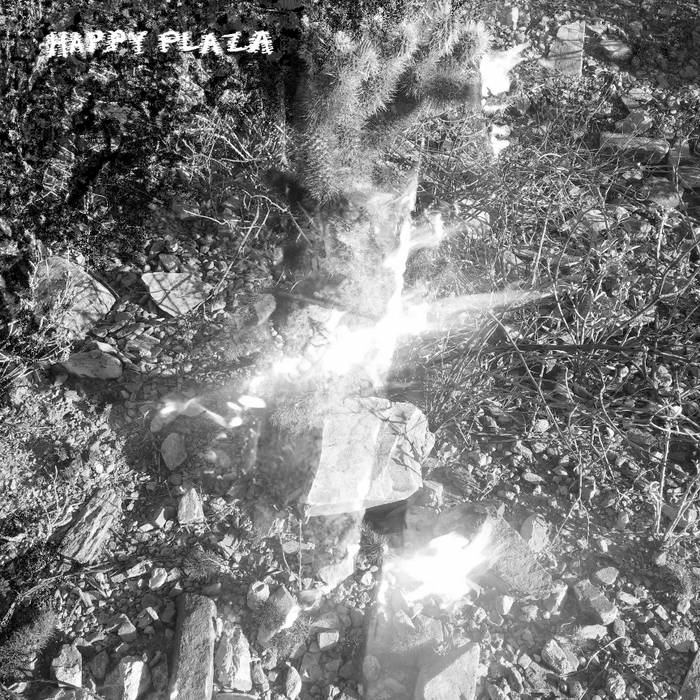 OK, so right off the bat, I’ve been following Jay Hufman’s career since 2010 and somehow each project he’s been a part of feels just slightly better than the last. I don’t how he does it. Or wait, maybe I do. It’s because he pens incredible songs.

His recent solo album, released under the name Gene Tripp, brings back many of the players from Jay’s other project, Cherie Cherie, including Lonna Kelley, Matt Wiser and Ann Seletos as well as very special guests JD Saari and Abelardo Gil.

Jay’s haunting vocals pervade the entire album with lends a solemn, brooding thoughtfulness to the already pensive musicality. There’s as much piano on Happy Plaza as there is manufactured noise. And then there’s that pedal steel guitar that floats with a surprisingly befitting innocence behind it all.

“Another Train” opens Happy Plaza and, despite the buried synths planted throughout, I believe this track carries the most classic of country-western themes and sounds right into the 21st century. This alternative country is explored later in “Is It?” and “Where?” as well.

Things pick up a bit on the second track “Don’t Hesitate” as the ghostly harmonies carry the song to completion.  “Here It Comes” may just be my favorite song on the album – a powerful chord progression and the incredible opening line, “I see the stare/I said something wrong…”

Although this was technically released digitally last Winter, the vinyl release show was Nov. 4 at The Newton, and trust me, vinyl is the way to properly listen to this record. Gene Tripp feels a little reminiscent of the Handsome Family or even Howe Gelb so if you like downer, cowboy blues with experimental underpinnings then this is the album for you.

Listen and purchase Happy Plaza by Gene Tripp below. For more info, gander his Facebook page.