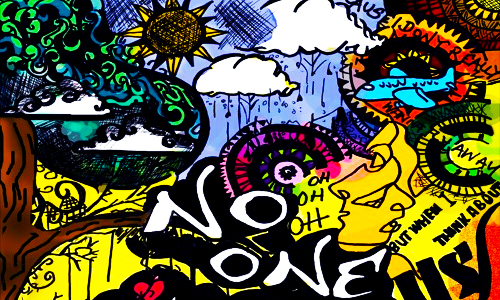 These days, we’re receiving submissions from all around the world and we thought it would be fun to share some of the stellar singles sent to us from afar. Sometimes, the music carries a hint of its geographical origin, but often it doesn’t and these days we can’t discern whether a punk band is from Detroit or the Ukraine just by listening to the single…

Roberto Fonseca is a pianist from La Habanna that creates fiery Cuban Jazz that will have you shimmying from the start to the finish of his new single.  Maybe that’s why Fonseca landed on Billboard’s Critics Picks list for crafting one of the 10 Best Latin Albums of 2016.  Check out the music video for “Afro Mambo” and you’ll be sold. Oh, and btw, this single comes to us from Roberto Fonseca’s 2016 release, ABUC, which is available here.

The Curious Incident combines the talents of “Kairo (from South Africa) and Diaz (from Indonesia) who found their way to England via The Netherlands.” England, much like the U.S., counts residents from all around the globe. This band fuses styles of eclectic origin into one fluid sound that’s as contemplative as it is dance-able. Give “Behaviour Saviour” a listen below or head here for your own digi-download of the track.

Tano & Kalpee and their island-infused sound come to us from Trinidad and Tobago. “No One” could just as easily emerged from an L.A. studio with its slick, stripped-down electropop and superb vocals. Listeners can glean hues of R&B and indie pop in this single. Take “No One” for a spin here…

Well, this band from Norway certainly doesn’t have high hopes for us and, in the wake of our 2016 election, we get that. We’re afraid too. This single was sent along with the simple explanation, “This is a song about Trump getting elected for president and that nothing will ever be the same again.” We get that too. Thankfully, the band’s mellow electro-indie vibe calms the soul a little, even if it doesn’t assuage the fears. Check out the video for “Goodbye America” from H3lgeland below…

This experimental noise project comes to us from two musicians out of Tel Aviv; Dan Mayo and Tamuz Dekel. “Control?” immediately establishes a steady and dominating rhythm around which the sound waxes and wanes. There is a gritty, edgy quality to the sound of dema that toys with dissonance without entirely abandoning the constraints of structure. For that you’ll have to delve further into love, the EP from dema where “Control?” can also be found. Listen to “Control?” below or head here for the complete release.

Austria’s Gudrun Von Laxenburg goes for a hyper-realistic vision of a dystopian future in his music video for the single, “Revolution”. The visual accompaniment is totally befitting for Laxenburg’s style of EDM: futuristic, driving, and a little anxious. Delve into the cinematic experience of “Revolution” below then head here to add the single to your personal EDM collection.

The collective of jazz and reggae musicians known as Dojo includes artists from London, Paris, Nigeria, and Lebanon that achieve a universal sound. The smooth and funky music of “Bethel” delivers a peaceful message from the band’s non-religious spirituality and harmony between all living things. Check out the music video for “Bethel”, directed by Tom Vernau, below or head here to score your own copy of the single.